Home » Chance The Rapper » Bills confident they’ll get a new deal done with Josh Allen if not this year, next year

Bills confident they’ll get a new deal done with Josh Allen if not this year, next year 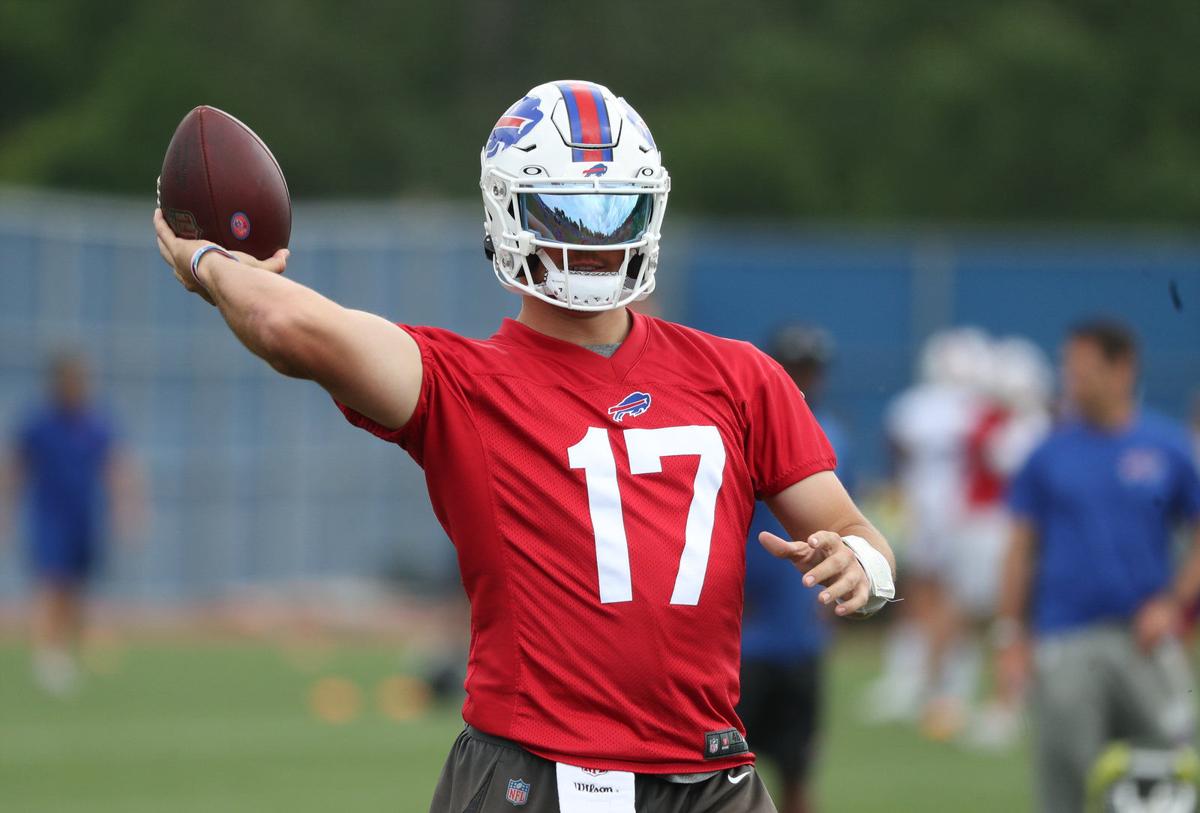 Whether it happens this year or next year, it’s a matter of when not if Bills quarterback Josh Allen will sign a contract extension and the front office is confidence a new deal will get done with their franchise guy at some point.

“He and I have had great conversations since we’ve been back here. He’s focused out here. If something were to get done we’d be excited but if not we both know that we’ll work hard next year to get it done,” Bills general manager Brandon Beane said during a press conference before the start of training camp on Wednesday.

Allen is now under contract through the 2022 season after the Bills picked up his fifth-year option worth $23.106 million but it seems like a new deal will get done between the two before next season.

“He’s got people that work for him and at the end of the day I trust Josh and he’s a good person and obviously he’s off to a great start in his career. I think I know what he wants and I trust Brandon as well. So the two parties if you will that are involved directly in those conversations,” Bills head coach Sean McDermott said on Wednesday before training camp.

“I have a tremendous amount of belief and confidence in so that’s why I say those things will work themselves out because of the people involved and that’s what it comes down to.”

Allen of course took huge steps in his development in 2020 leading the Bills to the AFC title game while completing evolving this passing attack. He broke multiple franchise records throughout the season where he finished second in the NFL MVP voting, made it to the Pro Bowl after throwing for 4,544 yards and 37 touchdowns. He also rushed for 421 yards and eight touchdowns.

As of where things stand on getting a contract extension done with Allen now, Beane says it’s hard to say.

“I don’t think there’s momentum I just think, you know it’s hard for me to really gauge it. It’s one of those things, you know there’s many deals I can think where I’m like “it’s not gonna happen, it’s not gonna happen” and then something triggers it whether it’s the player, whether it’s the agent whether it’s something we do on our end that gets somebody going and you’re like “man we’re closer than I thought we were,”” Beane explained.

“I’ve laid my head down at night pissed off, no deal’s gonna happen and then all of a sudden the next day at dinner I get a phone call saying “hey they just sent us this I think there’s a chance” and you get back on it and call the Pegula’s and give them a heads up “hey I think we can get something done.” There’s several deals that have been like that.”

Beane also mentioned Matt Milano’s deal as an example of something they worked hard to get done but at the time might not have seemed possible.

“I couldn’t have told you with Matt Milano that we were gonna be able to get Matt but Matt was hell bent on being here and we were gonna do everything we could and that’s how you get deals done and none of this has anything to do with Josh but there’s no momentum or anything like that,” Beane said.