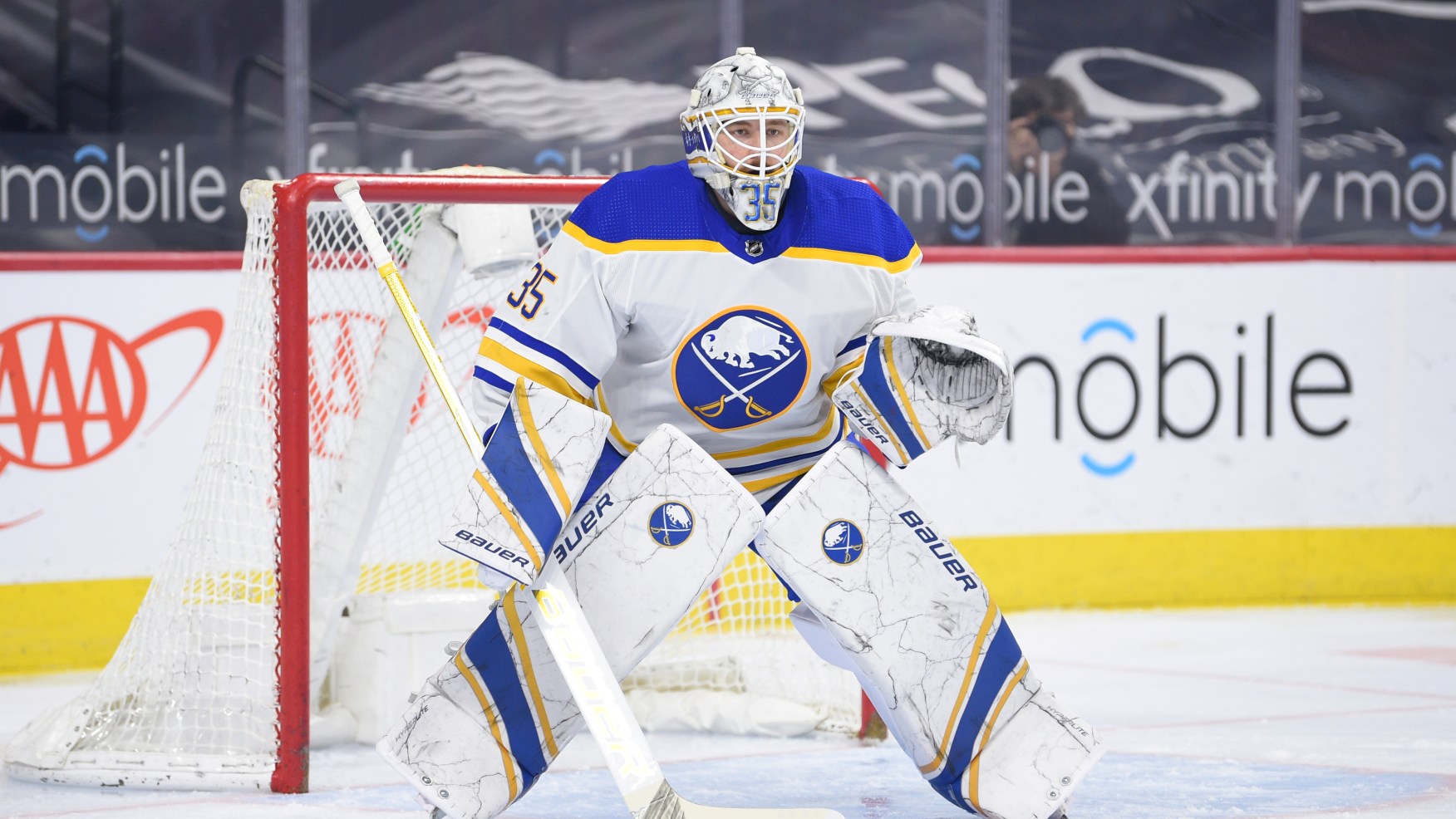 “Young core” is a phrase we’ve heard time and time again when it comes to the Sabres and that’s because it’s what this organization is relying on.

So the Sabres are hoping the young players can carry the load, a group led by Rasmus Dahlin, Casey Mittelstadt and Dylan Cozens. That’s why when looking ahead to free agency, general manager Kevyn Adams made it clear the moves they make, if any, won’t take playing time away from these young players.

“What I will say I believe is critically important with our team makeup right now is not boxing young players that our on our roster out of crucial situations and crucial minutes. One of the best ways to learn in this league is by doing it, you know by experiencing it, being out there at the end of a game up a goal or down a goal, having that feeling of taking a faceoff when the game’s on the line if you’re a Casey Mittelstadt or a Dylan Cozens, that’s important,” Adams said on Saturday after the draft.

“We wanna make sure we put the right pieces around this young core of players that we have but you wanna make sure they’re also getting out there and having the opportunity to grow and learn.”

But there are immediate needs the Sabres have that have to be addressed, needs they can’t simply just stick a prospect in that position. Goaltender is one of them.

Linus Ullmark is a pending unrestricted free agent and it sounds like the Sabres are pushing hard to re-sign him.

“We’ve spent a lot of time with Linus’s agent over this offseason, had regular conversations, we’re gonna continue it. We’re working hard at it and I mean we’ve made it very clear to them that we would like to see Linus as our number one goalie so we’re gonna keep working at it. We’ll see where it gets,” Adams said.

“I also understand the rights players have and sometimes they make decisions but we’re gonna do everything we can and we’ve told and been open and honest from the beginning with Linus and his agent that we prioritize him.”

Not only do the Sabres not want to lose their established, number one goaltender, they also don’t have much depth at the position as far as players under contract for the upcoming season. Only Dustin Tokarski and Ukko-Pekka Luukkonen are under contract for 2021-2022.

“The free agency is a whole different type of planning, it’s short-term on some regards where do you need immediate spots in your lineup filled, where does Rochester looking like, how do you add depth I mean that’s all part of what we’ll really start to drill down on,” Adams said.

When Adams was asked how active he anticipates the Sabres being, he didn’t give the impression they would be much.

“Yeah I guess that’s an interesting word. I mean I don’t know exactly how to say active, I think we’re gonna do the work, we’re gonna see where we’re at in terms of the players out there, what are the fits we need.”

Another big name to watch is defenseman Jake McCabe who is also set to become an unrestricted free agent and it sounds like he’s going to test the market.

“We’ve definitely had conversations all along here. I am a big fan of Jake McCabe as a player and as a person. We’re at a spot here where he I think has gotten close that he said okay I think I’m gonna see what’s out there, doesn’t mean that I get a phone call from his agent that we wouldn’t welcome him back because I really think he was a good hockey player for us,” Adams explained.

McCabe’s season was cut short after suffering a knee injury in February but during the team’s virtual locker cleanout in May, he did say he expects to be ready for the start of the upcoming season.