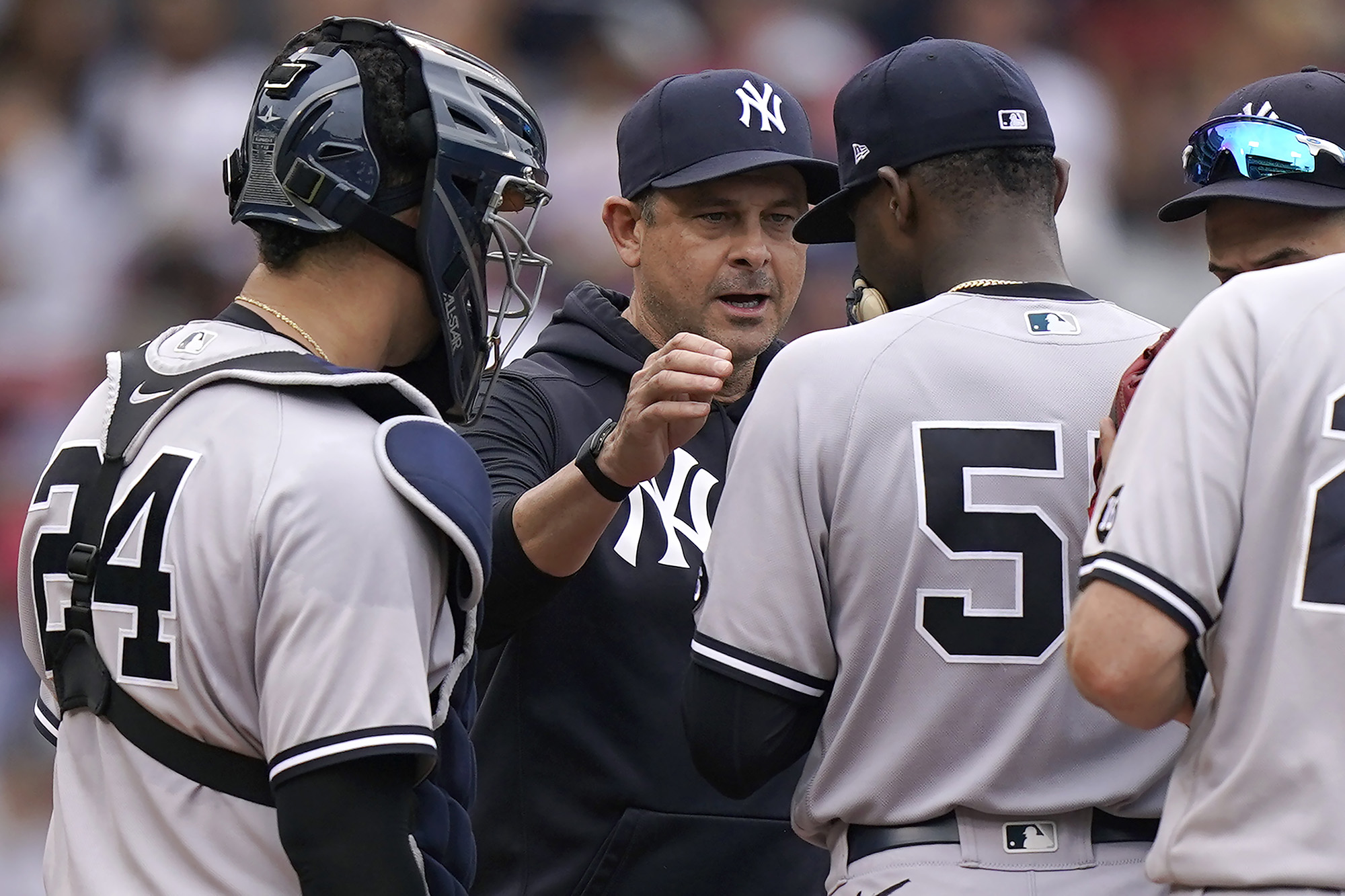 Domingo Germán strutted off the mound after a dominant seventh inning, having protected a bid for history with a four-strikeout inning against the heart of the Red Sox’s lineup. His pitches were crisp, his performance was electric and he knew exactly what was in the hit column.

By the end of the eighth, Germán was hanging his head in the visiting dugout alongside the rest of his teammates. Germán surrendered a loud double, then had to watch as the Red Sox rallied for five runs, dealing the Yankees a 5-4 defeat Sunday that immediately ranked among the club’s worst losses of their season.

“It’s like you find yourself on top of the world, and all of a sudden, you’re free falling,” Germán said through an interpreter. “You fall fast. It’s so hard to even process — like, ‘What happened? How did it happen?’ It’s hard to even analyze everything that goes on. It’s extremely tough.”

German’s 93rd pitch was scorched to deep right field by Alex Verdugo, soaring over Greg Allen’s head and bouncing against the Red Sox’s bullpen wall. That prompted a call to the bullpen for Jonathan Loaisiga, who surrendered hits to all four batters he faced, with Hunter Renfroe, Christian Vázquez and Kiké Hernández drilling run-scoring knocks.

“I wasn’t able to locate my slider for strikes and my sinker wasn’t moving,” Loaisiga said through an interpreter. “It’s been a very important pitch for me the whole season, and unfortunately today it didn’t have the action that it’s had in the past. It’s a bad day for me. It hurts.”

Rougned Odor homered and drove in two runs as New York touched left-hander Martín Pérez for three runs over six innings. Gio Urshela went 1-for-3 with an RBI single in his return from the COVID-19 injured list, and Gleyber Torres drove in a run in the eighth that built a four-run Yankees lead at the time.

The collapse marked yet another “gut punch,” to borrow from manager Aaron Boone’s parlance, in a season that has been defined by them.