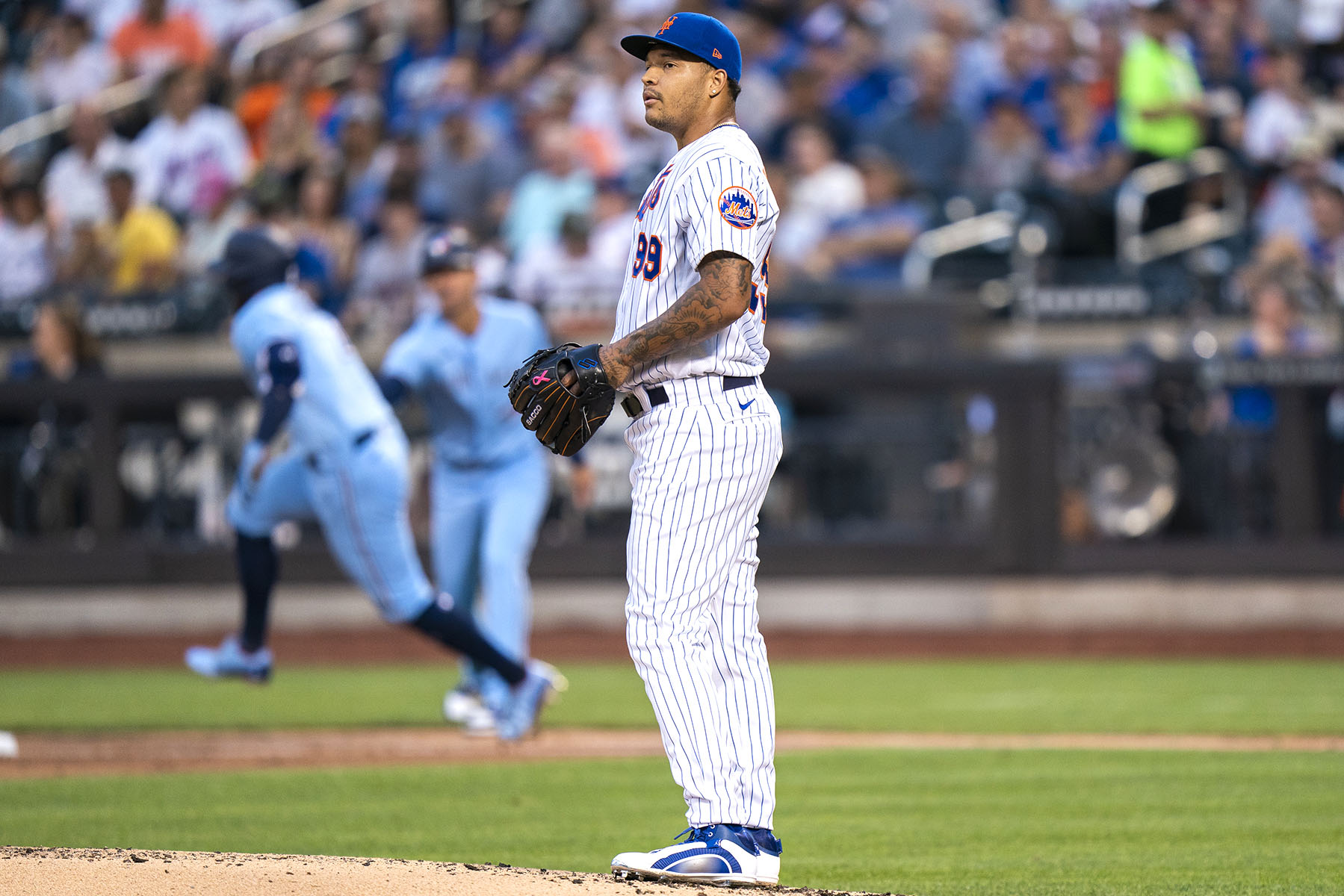 As the Mets approach the July 30 Trade Deadline, there are two sides to their rotation equation. One comes from the front office, which is working toward acquiring additional pitching upgrades, even after trading for Rich Hill this week. The Mets know they still need help.

The other comes from their incumbent rotation members — particularly top three starters Jacob deGrom, Marcus Stroman and Taijuan Walker. If those three don’t pitch up to their potential, it might not matter whom else the team acquires.

To that end, the recent trends surrounding Walker have been troublesome. For the second straight start since his All-Star Game appearance, Walker allowed six runs, this time in Saturday’s 10-3 loss to the Blue Jays at Citi Field. In April and May, Walker had a 1.84 ERA with a .211 opposing slugging percentage. In June and July, those numbers have bloated to 5.16 and .458, respectively.

Toronto’s hit parade against Walker included home runs by George Springer, Teoscar Hernández and Marcus Semien — the latter occurring in the fifth inning, after trainer Joe Golia and pitching coach Jeremy Hefner paid a visit to Walker on the mound. Upon convincing those two to let him stay in the game, Walker allowed a Vladimir Guerrero Jr. double and Semien’s homer before departing.

Asked multiple times about the issue, Walker declined to divulge much. Mets manager Luis Rojas clarified that the problem was a “pinch” in Walker’s left, non-throwing shoulder. When Walker reached out to try to grab Springer’s leadoff single in the fifth, Hefner suspected the starter’s shoulder might be troubling him. But Walker quickly convinced his bosses that nothing was amiss.

As has become custom, the Mets battled back with a three-run rally of their own against left-hander Hyun Jin Ryu in the fifth, but they could not complete the comeback. Instead, they fell for the fourth time in eight games since the All-Star break, continuing their months-long trend of doing just enough to maintain first place in the National League East, but not enough to pull away from the other contenders.