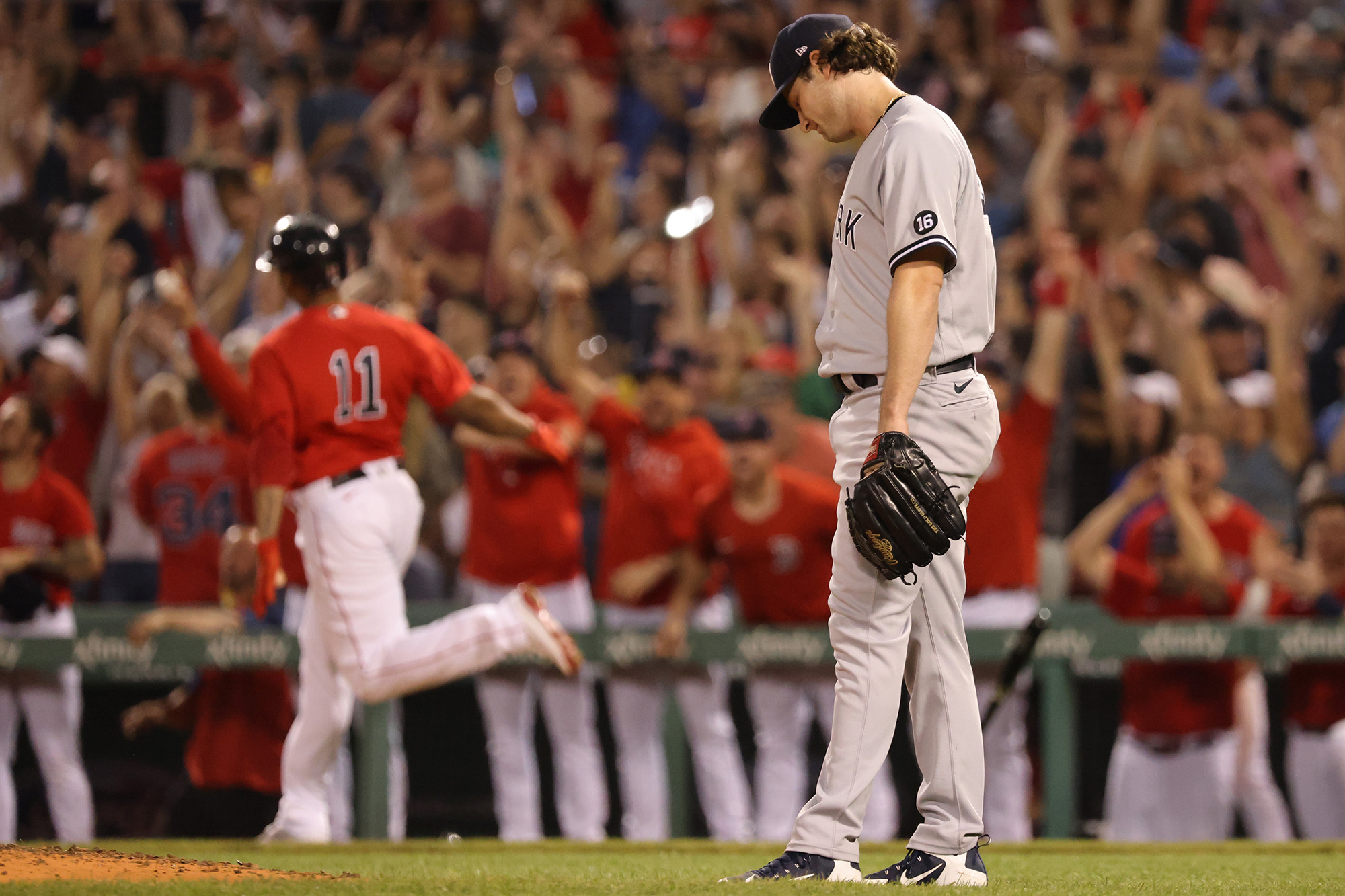 His pitches spinning over the heart of home plate, Gerrit Cole exhaled as a loud line drive struck the top of the Green Monster, Fenway Park’s most distinctive feature transforming a sure home run into a single. The Yankees ace was saved again as the center-field triangle swallowed a ground-rule double, halting a runner at third base.

But that was where Cole’s good fifth-inning fortune expired on Friday, having been worn down by a relentless Red Sox attack. Xander Bogaerts lifted a game-tying sacrifice fly, Rafael Devers parked a two-run blast over the Monster and the Yankees were unable to respond, absorbing a 6-2 defeat — their ninth loss in 11 tries against Boston.

Devers added a three-run homer off Nestor Cortes Jr. in the seventh inning, blowing the game open while notching his fifth career game with five or more RBIs. The Yankees remain winless at Fenway Park this season.

Brett Gardner hit a second-inning RBI double off Eduardo Rodriguez, then Boston’s bullpen mostly held the line after the left-hander was forced to exit due to migraine symptoms. The Yanks had the bases loaded with one out in the second inning, but Phillips Valdez struck out Greg Allen and DJ LeMahieu to wriggle free, remaining in the game to toss three excellent innings. They got one back in the ninth on an RBI double from Rougned Odor.

Cole struck out eight over five frames, finding an extra gear of his own in the third inning to strike out Bogaerts and Devers, touching 101.3 mph on the radar gun while stranding two men aboard. But Cole’s 104-pitch effort didn’t touch the bar set by his previous two outings, in which he held the Astros and Red Sox to one run and eight hits over 15 innings.