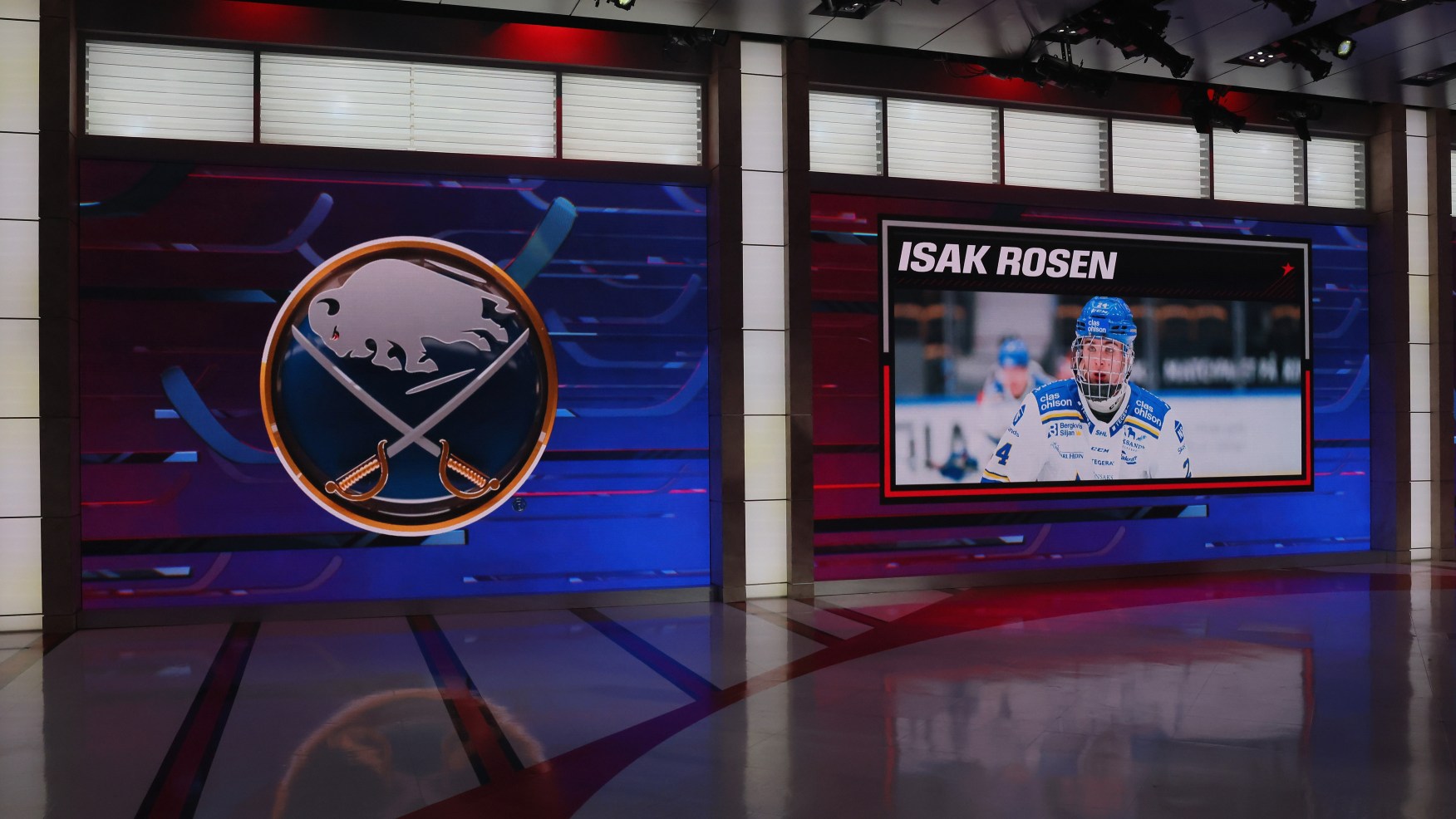 With their second selection in the first round of the 2021 NHL Draft, the Buffalo Sabres select forward Isak Rosen from Sweden.

The Sabres aquired the pick to take after trading defenseman Rasmus Ristolainen to the Philadelphia Flyers.

Rosen was the 13th player selected in the draft, but was taken with the 14th pick after the Arizona Coyotes had the 11th overall pick forfeited.

Rosen most recently played with Leksands in the Swedish Hockey League as an 18-year-old.

Rosen joins Owen Power as the Sabres first picks in the 2021 draft.

With the 14th overall pick, we select Isak Rosen!