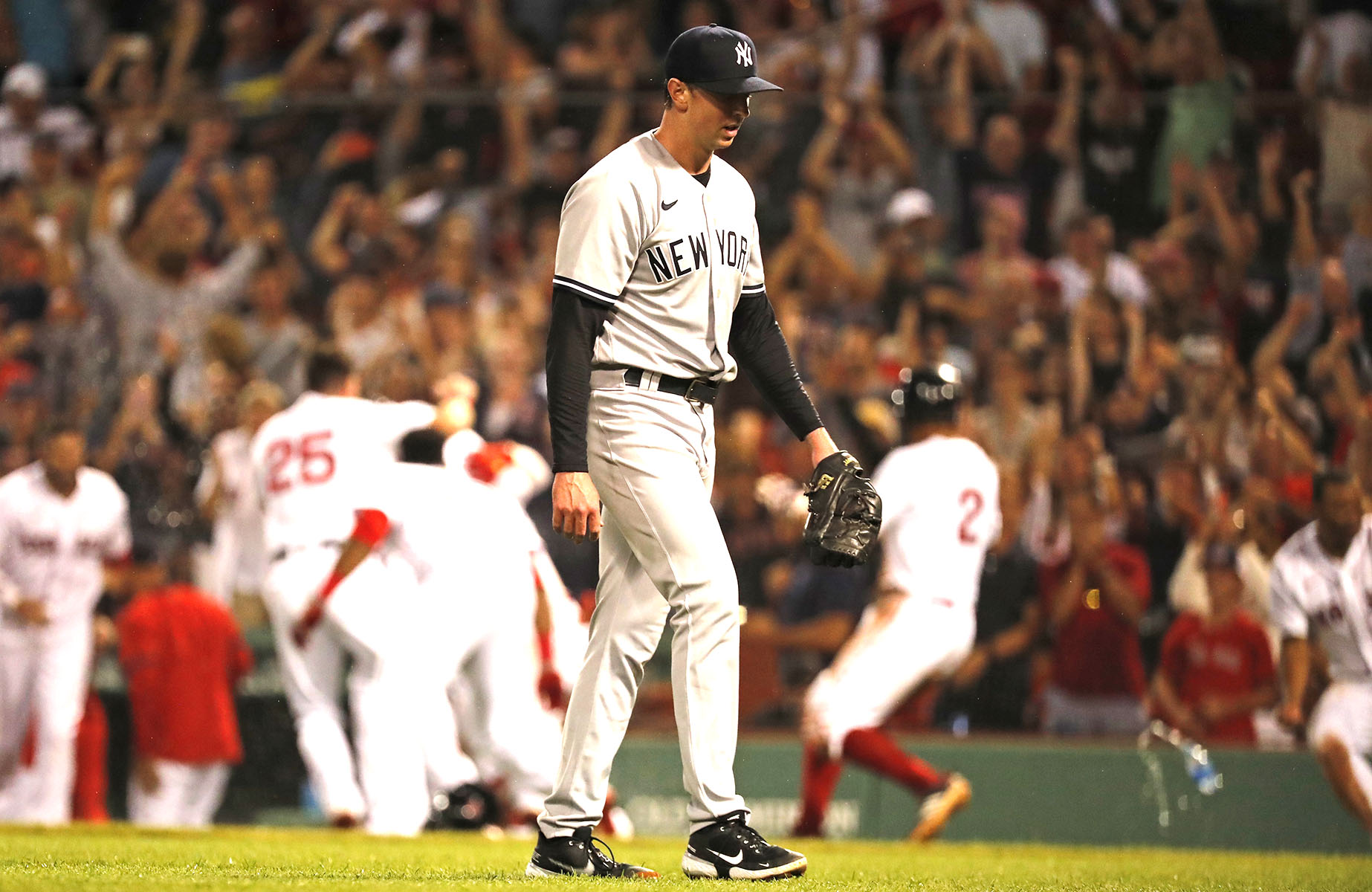 The Yankees went as far as their temporary identity, more resembling the “Burners” than the “Bombers,” could take them on this night. Timely hits, stolen bases, a bunt and sacrifice flies put them in position for another victory over the Red Sox, but bullpen meltdowns in back-to-back innings proved too much to overcome.

Chad Green surrendered a game-tying two-run double to Kiké Hernández in the ninth inning and Brooks Kriske fired four wild pitches in a nightmarish 10th inning as the Red Sox outlasted the Yankees, 5-4, on Thursday evening at Fenway Park. The Yanks’ winning streak stalled at four games as they opened a crucial road trip against American League East opponents.

Hunter Renfroe came through with the winning sac fly after Brett Gardner’s sac fly drove home a go-ahead run in the top of the 10th. Statcast king Giancarlo Stanton had earlier driven in a go-ahead run, connecting for a soft 76.2 mph single against former teammate Adam Ottavino.

After five starts of zero support for Jordan Montgomery, equaling a franchise record, the Yankees pushed a run across to back the left-hander in the fourth inning. Montgomery settled for a no-decision despite another solid performance, returning to the mound after a 55-minute rain delay halted play in the top of the fifth inning. Montgomery held the Red Sox to three hits over 5 2/3 innings, walking one and striking out six.