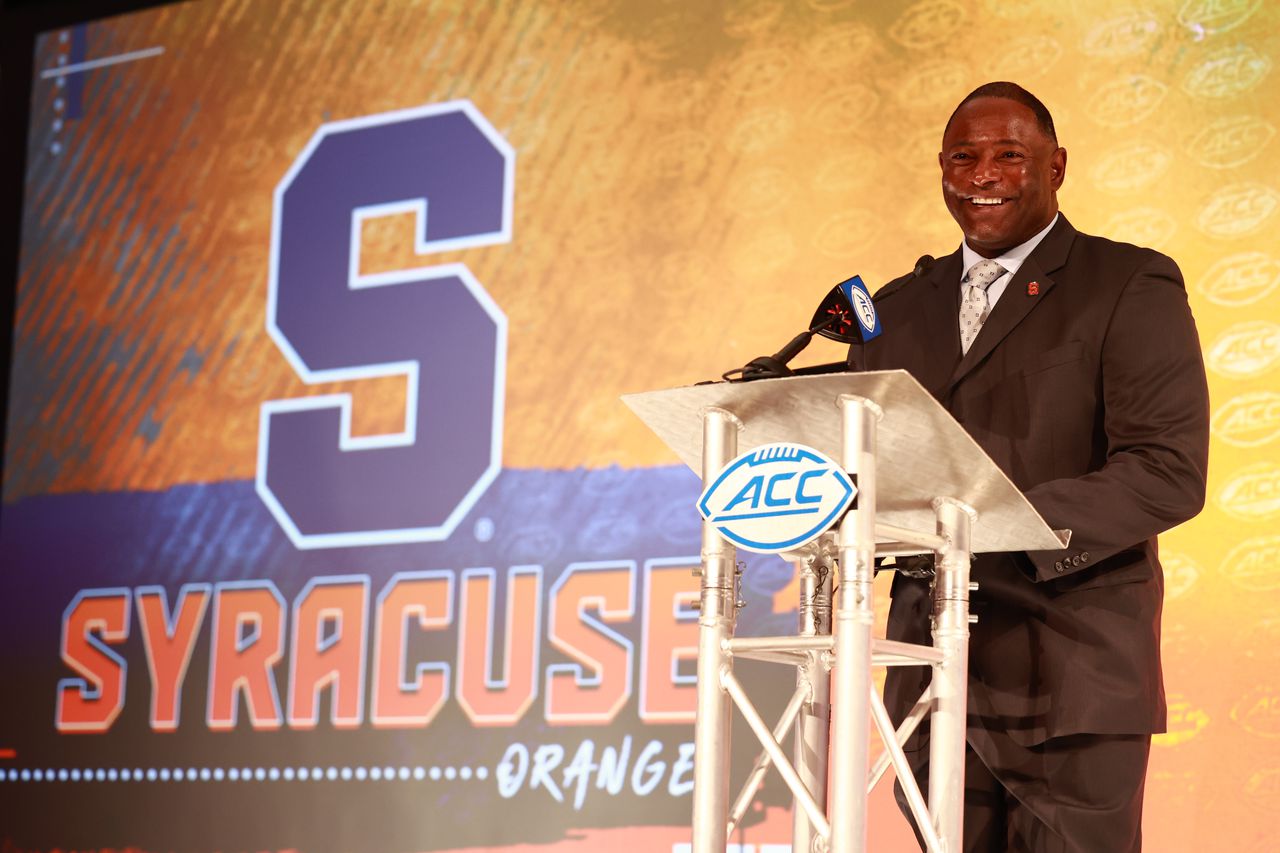 Dino Babers walked to the podium during the Atlantic Coast Conference’s annual media day in a cheerful mood, excited about the upcoming season for the Syracuse football program.

Entering his sixth season as the Orange’s coach, Babers began his press conference Thursday afternoon by acknowledging the players that accompanied him on the trip to Charlotte — defensive lineman Josh Black, wide receiver Taj Harris and offensive lineman Airon Servais — but he also addressed the hardships the team faced during last year’s 1-10 season, one that was marred by the injury bug.

“I think the first thing is we need to call it exactly what it is,” Babers said. “We had major injuries, domino effect of injuries in the offensive line. Most of them not on the football field. Most of them happening walking around campus. Just fluke things.”

Babers credited members of his team who shifted away from their true positions last season in order to fill in on the offensive line, most notably Chris Elmore. Still, he thinks the biggest change this year will be a healthy and veteran o-line unit.

Servais, a sixth-year senior who opted to take advantage of an extra year due to Covid-19, will return to an offensive line that also adds Florida transfer Chris Bleich, one of the few transfers who the NCAA denied immediate eligibility to last season.

“When I talk about Josh Black, and I talk about Airon Servais, there’s no doubt they’re leaders on our football team but the thing I appreciate about that class is the six super seniors that are coming back to help lead this team, to have the redemption from the last year that we had, is so important,” Babers said.

Harris, a junior, has an opportunity to become Syracuse’s all-time leading receiver this season. He is currently 1,035 yards away from Steve Ishmael’s record of 2,891 receiving yards.

“Syracuse history goes back a long way,” Babers said. “There’s been a bunch of, not only fantastic collegiate wide receivers, but NFL wide receivers. For him to have an opportunity to be in that light, I felt like he deserved the right to be here.”