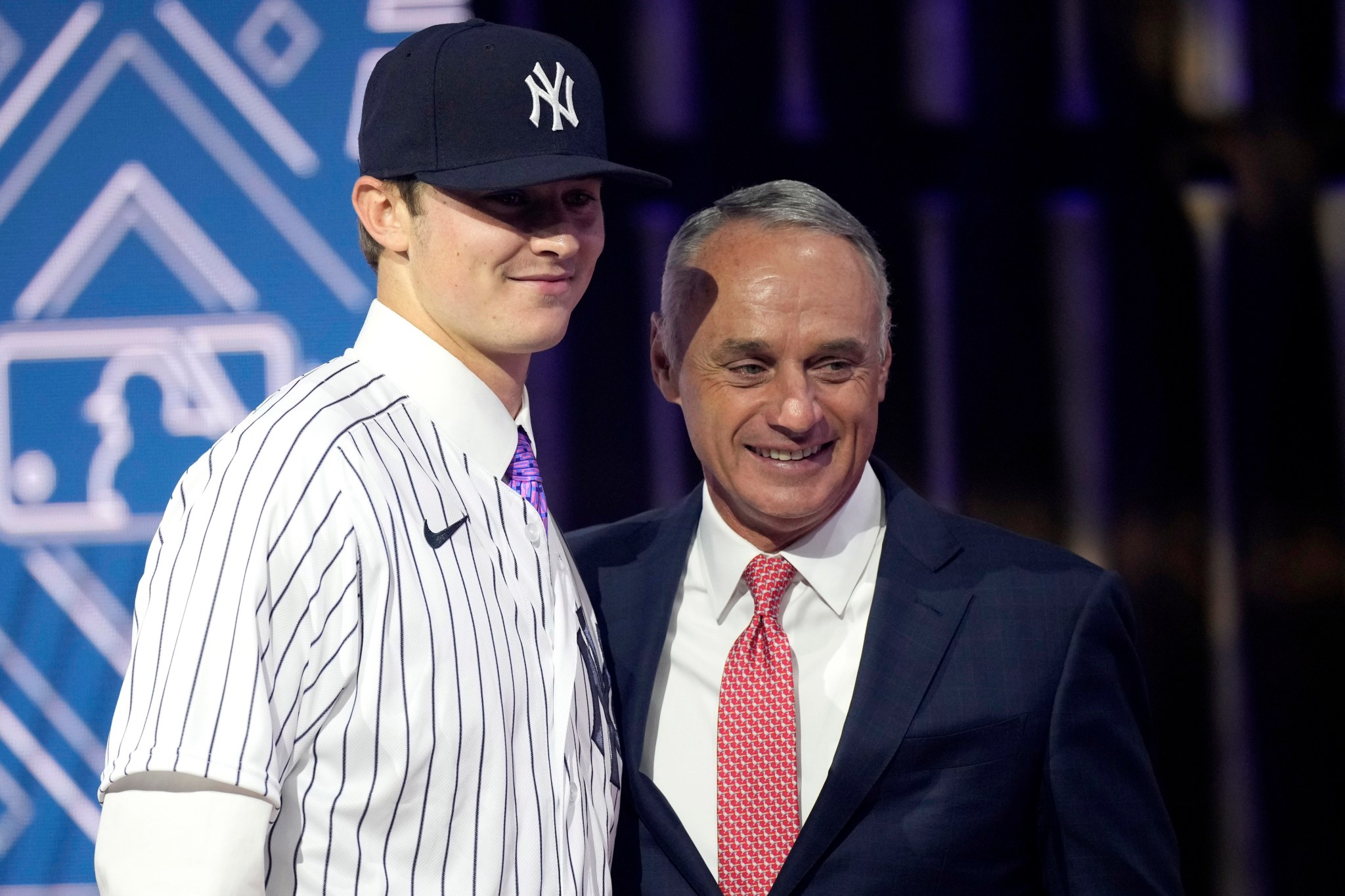 Trey Sweeney is ready to begin his climb toward The Bronx.

The Yankees have agreed to terms with Sweeney, the club’s first-round selection in the 2021 MLB Draft, a source told MLB.com’s Jim Callis on Monday.

New York’s deal with Sweeney will be worth $3 million, per Callis, just under the $3,242,900 slot value for the No. 20 overall pick. The team hasn’t confirmed the agreement or its terms.

Sweeney was one of the best college bats in this year’s Draft class. The 21-year-old shortstop from Eastern Illinois hit .382/.522/.712 with 14 home runs in 48 games this season on his way to being named the Ohio Valley Conference’s Player of the Year.

“I knew this was my dream, to play professional baseball and eventually end up in the big leagues,” Sweeney said. “I took it seriously and hit the weight room hard, and did whatever I could to work on my game of baseball. It’s taken a lot of time, but my game has progressed and my hard work has paid off.”

Standing 6-foot-4 and 200 pounds, scouts believe that the left-handed-hitting Sweeney could develop more power in the pros. He has above-average hitting and power grades from MLB Pipeline, which ranked him the No. 55 prospect in the 2021 Draft class.

“We were able to see him play quite a bit,” said Damon Oppenheimer, the Yankees’ vice president of domestic amateur scouting. “A workout before the Draft started to solidify a couple of things for us. Combining that with the physical testing and the analytical study we were able to do, the fact that he’s a left-handed-hitting shortstop with power that does things easy with tools, that made it a pretty simple pick for us.”

Sweeney is the second shortstop the Yankees have selected in the first round in the past three Drafts, along with Anthony Volpe, who is the club’s No. 11-ranked prospect per MLB Pipeline, in 2019 (30th overall).

Asked to provide a scouting report on himself, Sweeney said: “I would just say overall I’m a reliable player, and I can play on both sides of the ball really well. I can hit for power or hit situationally; hit singles for average or hit some doubles and get some out of the park for home runs. I provide a little spark and overall just do my job at the plate.”

There has been media speculation that Sweeney could have to move to another position as a professional, possibly third base, but the Yankees do not believe that will be the case.

“We really see him as being able to play shortstop,” Oppenheimer said. “He’s smooth, he’s got good hands, he runs well enough. His range is good, and he’s got a plus arm. So realistically, he has all the tools and the intangibles to be a shortstop. Defensively, we don’t see any issues why he wouldn’t stay there.”