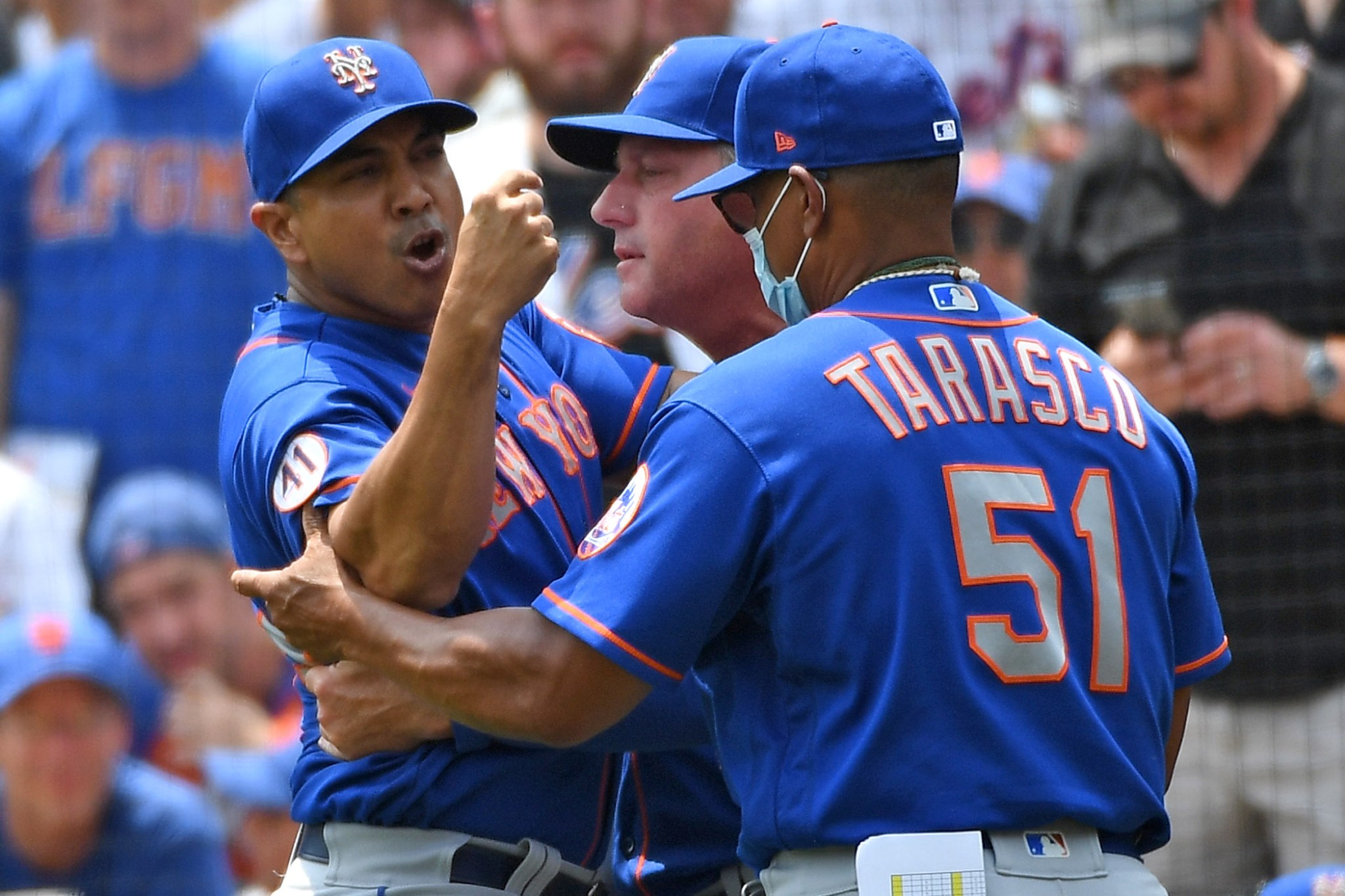 Mets manager Luis Rojas has been suspended two games for what Major League Baseball deemed “excessive arguing” during the first inning of Sunday’s 7-6 comeback win over the Pirates. Rojas will serve his suspension Monday and Tuesday in Cincinnati, with bench coach Dave Jauss taking his place.

Rojas vehemently argued with umpires after a Kevin Newman dribbler was ruled fair, allowing three runs to score and resulting in the manager’s ejection.

“Obviously, I’m a little upset that I’m going to be missing the next two games,” Rojas said. “I always want to be there. … But the league’s got to do what they’ve got to do.”

Rojas was not given a chance to appeal the suspension, but he was allowed to throw batting practice on Monday and watch from inside the stadium, so long as he stayed out of the clubhouse while the game was in progress. The team tabbed Jauss to handle all managerial decisions, with input from Major League field coordinator Brian Schneider, who often handles the duties of a bench coach.

“I’m not fighting it,” Rojas said. “It is what it is at this point. We’ve got a game to play. This shouldn’t be the main focus of our day. The main focus of our day should be the game we’re playing against the Reds. Let’s go. Let’s get started with the suspension, and let’s get it over with. I just can’t wait to be back in the dugout and watch these guys play a game from my seat.”

Rojas has been ejected three times this season, including Sunday, when he watched the final 8 2/3 innings from the Mets’ clubhouse. The second-year manager came bursting out of the dugout after umpires ruled Newman’s ground ball fair, in part because pitcher Taijuan Walker had picked up the ball and, believing it to be foul, flipped it into the home dugout as three runs came around to score.

“I got hot because for me, it was a bad call, which I still think it is,” Rojas said. “It made it an embarrassing play, and it cost us three runs. It put us in a tough spot to come back and win that game. … I would love to have a play like that be reviewable, even though it’s in front of the umpires. We’re still human. … It’s normal. Every day we make mistakes, and I think we can take advantage of technology, even though the play’s right there.”

Walker and others later pointed to Rojas’ theatrics as a galvanizing event for the Mets, who stormed back from a 6-0 deficit to win. Rojas’ three career ejections are the lowest total of any active big league manager, and he had never previously been suspended at any level.

“He was fired up for sure,” Walker said. “I think that got the whole team fired up, to see him have our backs out there. He’s usually cold-mannered.”

Still, Rojas stopped short of painting his suspension in a positive light.