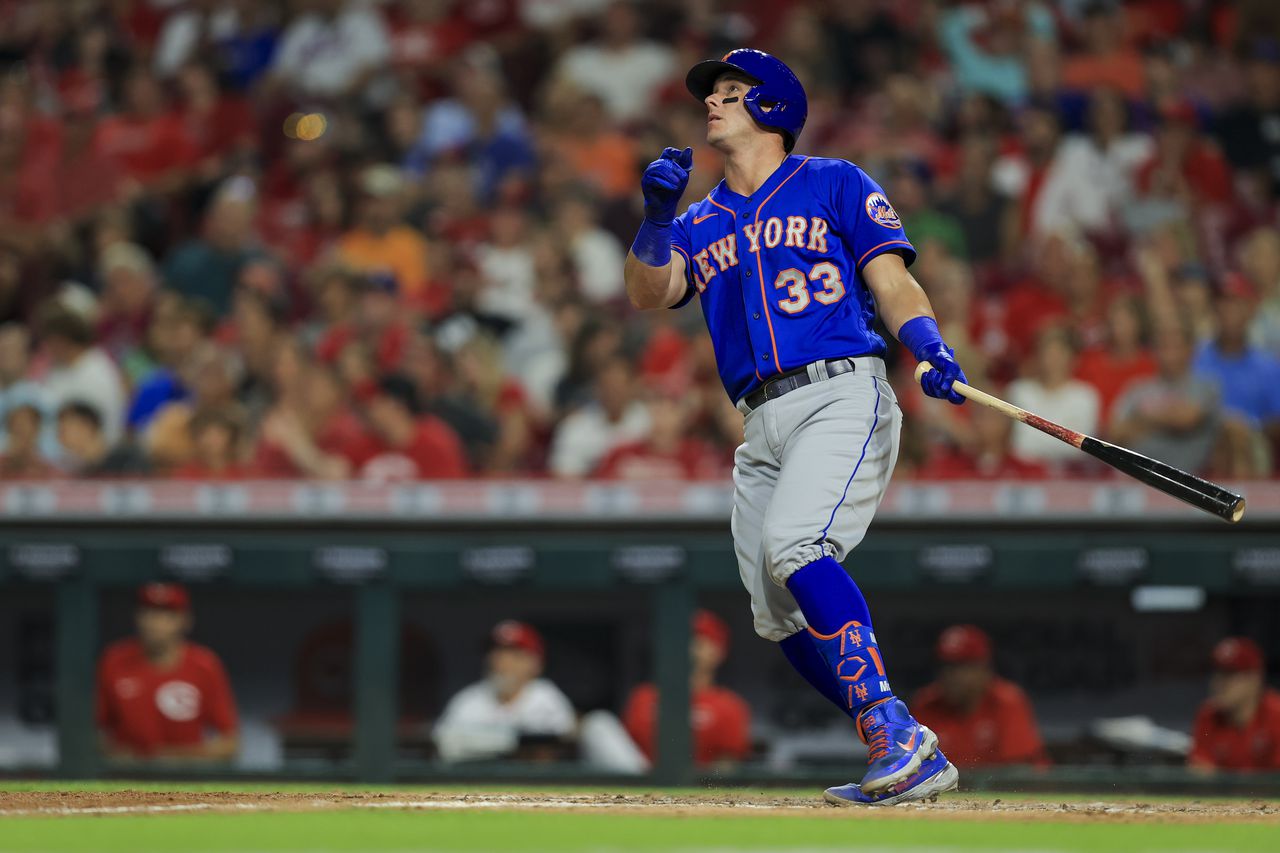 For all the criticism the Mets have taken during this turbulent season, few have ever accused them of being predictable.

The team’s penchant for thriving amidst chaos was apparent throughout its 15-11 win over the Reds on Monday, which James McCann punctuated with go-ahead hits in both the eighth and 10th innings. Jeff McNeil finally put New York on top for good with an RBI single in the 11th, and after Kevin Pillar and Michael Conforto padded the lead with back-to-back homers, the Mets escaped with another wild victory.

They don’t always make it easy, but they do make it interesting.

After jumping out to a three-run lead in the first thanks to Pete Alonso’s two-run homer and a back-to-back solo shot from McNeil, the Mets fell behind when spot starter Jerad Eickhoff caved for seven runs over his first two innings — five of them unearned due to a quartet of errors, including three by Luis Guillorme. But Conforto hit a two-run homer in the fourth and the Mets completed their comeback on a Dominic Smith solo shot the following inning … only to have the Reds grab the lead back in the seventh.

Half an inning later, Conforto singled and bench coach Dave Jauss, who was serving as manager with Luis Rojas suspended, called upon McCann to pinch-hit. He blasted a two-run homer to give the Mets the lead, before Edwin Díaz blew his third consecutive save attempt in the ninth. That led to a pair of wild extra innings, which recent pitching staff addition Anthony Banda and reliever Trevor May finally ended after the Mets took the lead in the 11th.