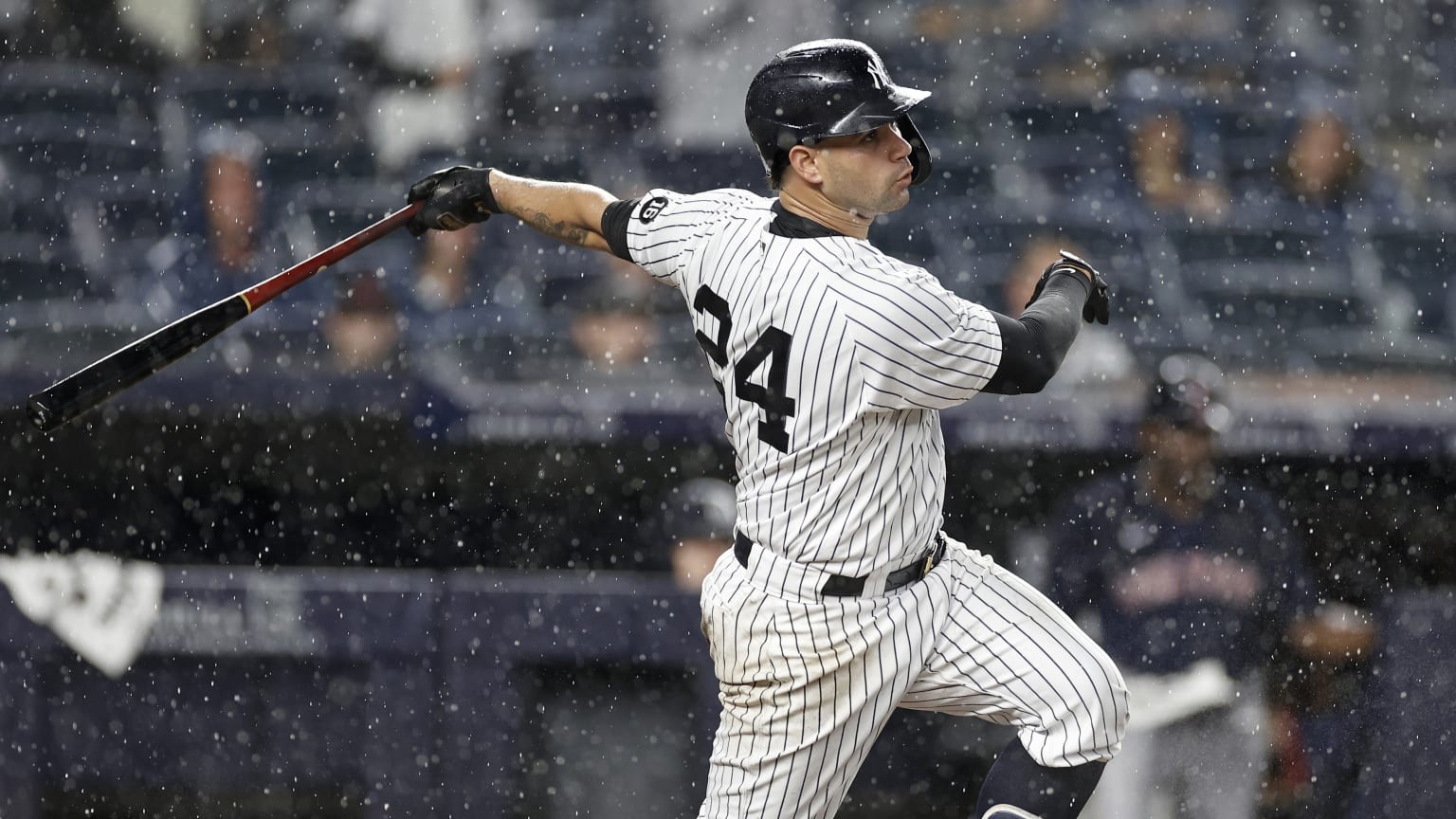 Gary Sánchez and Gleyber Torres hit back-to-back homers through the raindrops to supply a lead for Gerrit Cole’s sharp performance as the Yankees defeated the Red Sox for the first time this season, celebrating a 3-1 victory on a wet and wild Saturday night at Yankee Stadium.

Sánchez and Torres slugged their successive drives in the sixth inning off Boston reliever Hirokazu Sawamura. Sánchez just barely cleared the right-field wall on a liner that struck a fan standing near the top of the fence prompting an interference review, then Torres snapped a 29-game homerless drought to round the bases for the first time since June 4.

Play halted after the sixth inning. The Yankees improved to 1-7 against Boston, outlasting their rivals as they played in a deluge after a dry 50-minute delay. The sixth inning also saw Red Sox manager Alex Cora briefly pull his team from the field, as left fielder Alex Verdugo was hit by a thrown baseball from the stands.

In the top half, Cole pitched around two walks and an infield hit to pin the bases loaded, striking out Christian Vázquez on a hotly debated checked-swing that prompted two ejections on the Boston bench: catcher Kevin Plawecki and bench coach Will Venable.

Returning to the mound for the first time since a 129-pitch complete game shutout of the Astros, Cole opened his second half with an 11-strikeout performance. Christian Arroyo’s second-inning single produced the only Boston run off Cole, who scattered five hits over six innings.

The Yankees were held hitless into the fifth inning by Nathan Eovaldi. Greg Allen notched New York’s first hit with a two-out double, then scored the tying run on DJ LeMahieu’s single to left field.