How much rain fell in your town? Looking at the totals in the Finger Lakes (photos)

Editor’s Note: Photos and video below rainfall totals. Click here to check out how badly The Showboat, a local motel, restaurant, and bar was devastated on the west side of Seneca Lake.

For many the last week has felt like an eternity as heavy rounds of rain lashed the Finger Lakes. While Sunday was spent drying out- many parts of the area saw enough rain to cause damage and issues that will last into the new week.

How much rain fell over the 24 hour period that ended late-Saturday? The National Weather Service outlined rainfall totals from their spotters, which set records in some places for single-day rain.

Photos & video from around the Finger Lakes

Culverts and storm drains pushed to their brink over the weekend in several locations. This photo is by the Ovid Fire Department.

Heavy debris floats through Keuka Lake along the shoreline. Photo by Dan Gee.

Due to yesterday’s rain storms, there was a very large amount of debris floating at the south end in Hammondsport. Organizers of a local boat show asked boaters to not attempt to bring their boat down to that area of the lake.

Photo from the Honeoye area by Daniel Lunser. 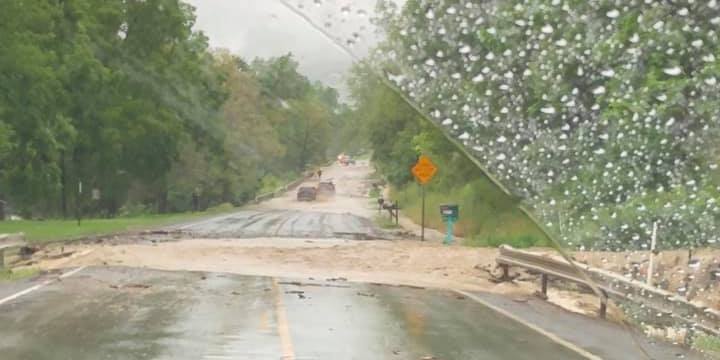 Photo from the Ovid area by the Ovid Fire Department. First responders in Seneca were busy responding in the southern half of the county after heavy rains all day Saturday.

Photo from along Honeoye Lake.