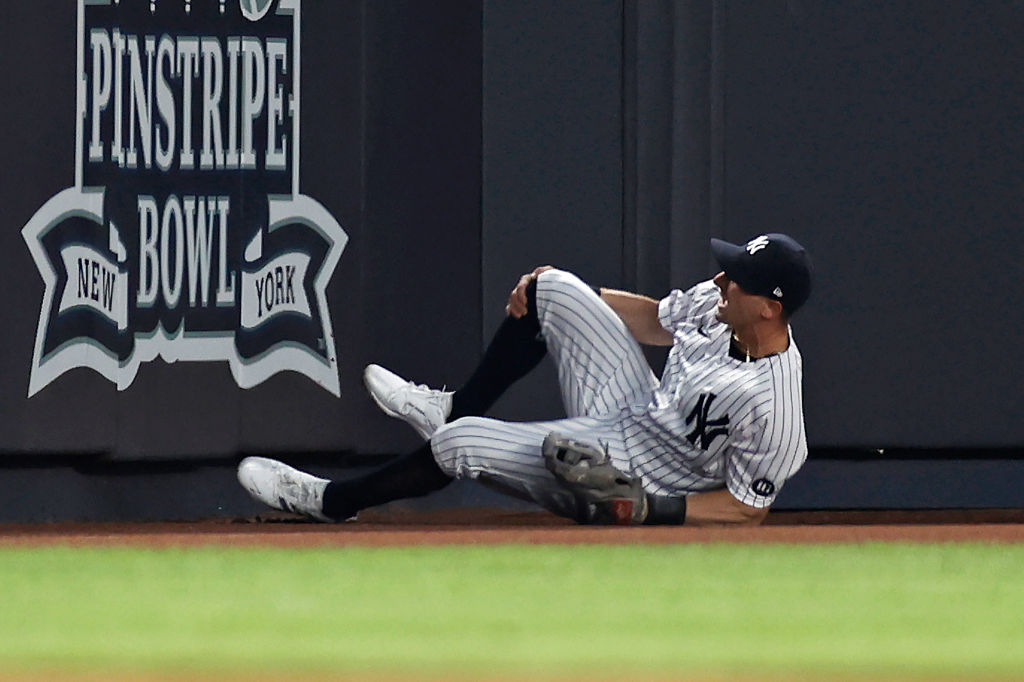 Yankees outfielder Tim Locastro tore his ACL on Saturday night against the Boston Red Sox after making a catch and colliding with the wall in foul territory in left field.

Locastro was acquired from the Arizona Diamondbacks on July 1, as the team was searching for another option in the outfield. Manager Aaron Boone spoke about Locastro’s injury after the rain-shortened game against the Red Sox.

“Yeah unfortunately he has a torn ACL,” Boone said.

ocastro grimaced and reached for his right knee after making the catch, and was later replaced in the outfield by Tyler Wade. Boone said that the team will look at their options for replacements, as they’ve been rotating guys all season long due to injuries.

“We’ll talk about that, which way we want to go here in the short-term, we’ll have that conversation right now,” Boone said.

In just nine games with the Yankees, Locastro batted .190 with only four hits, two doubles, a home run, and two RBI over 21 at-bats.