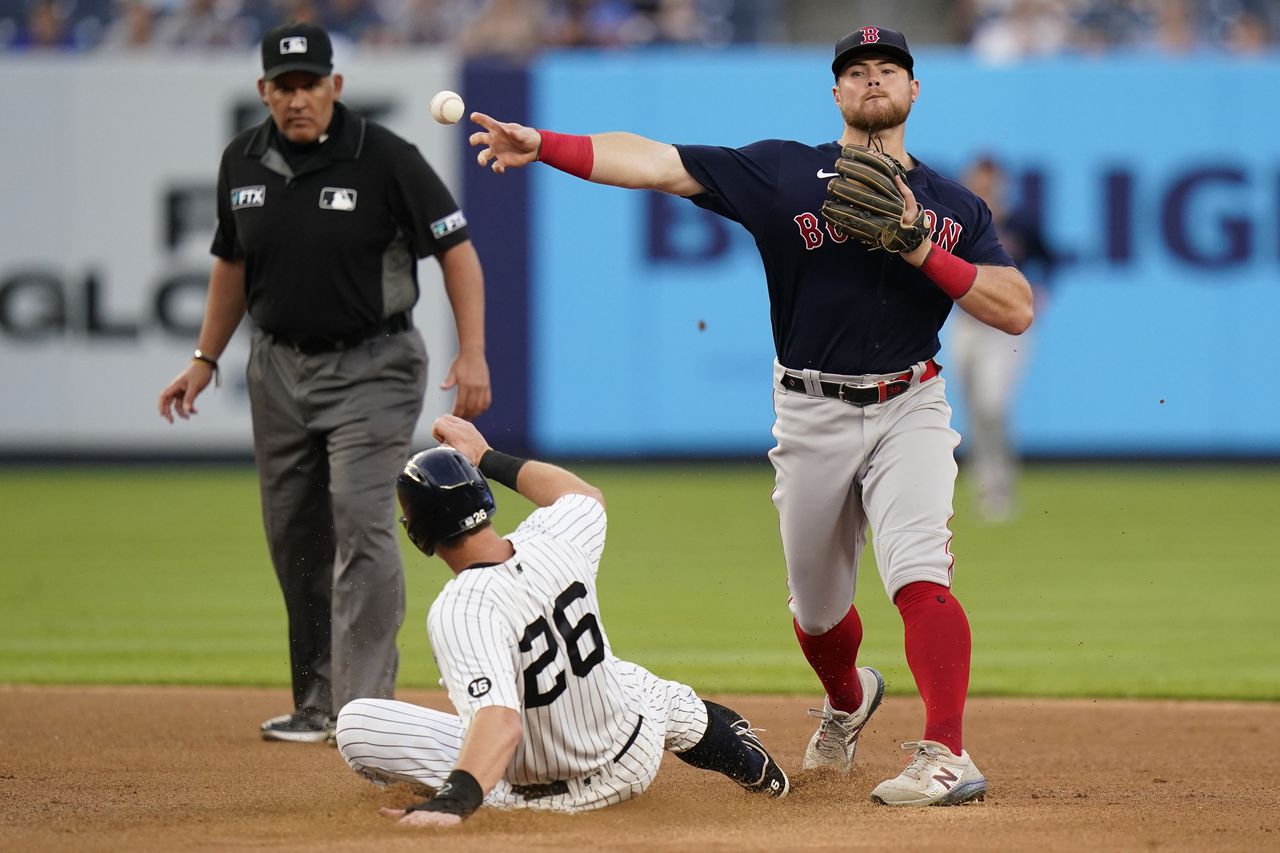 Confronted with the likelihood that his club must now play crucial games without some of their most recognizable players, Yankees manager Aaron Boone did not blink, acknowledging: “That’s our reality right now. We’ve got to go make the best of it.”

So Boone made necessary changes to the lineup card, deleting the names of Aaron Judge and Gio Urshela, and scanned the unfamiliar faces now residing on his bench. Jordan Montgomery did his part by tossing six decent innings, but it was not enough to keep the Yankees from a 4-0 loss to the Red Sox on Friday evening at Yankee Stadium.

In their first game since losing six players to the COVID-19 injured list and first baseman Luke Voit to a left knee injury, the Yankees mustered nothing behind Montgomery, who equaled a franchise record with his fifth consecutive start seeing zero runs of support. Eduardo Rodriguez limited the Yanks to two hits over 5 2/3 scoreless frames, walking two and striking out eight.

Boston scored three runs off Montgomery, doing most of their damage in the second inning. Hunter Renfroe knocked in the first run with an RBI groundout and Christian Arroyo slugged a two-run homer into the Bombers’ bullpen. Montgomery scattered three hits, walking two and striking out four.

The game featured the Major League debuts of Trey Amburgey, who went 0-for-2 while reaching on a fifth-inning error, and Hoy Jun Park, who grounded out as a pinch-hitter in the seventh. Justin Wilson surrendered a solo homer to J.D. Martinez in the eighth.