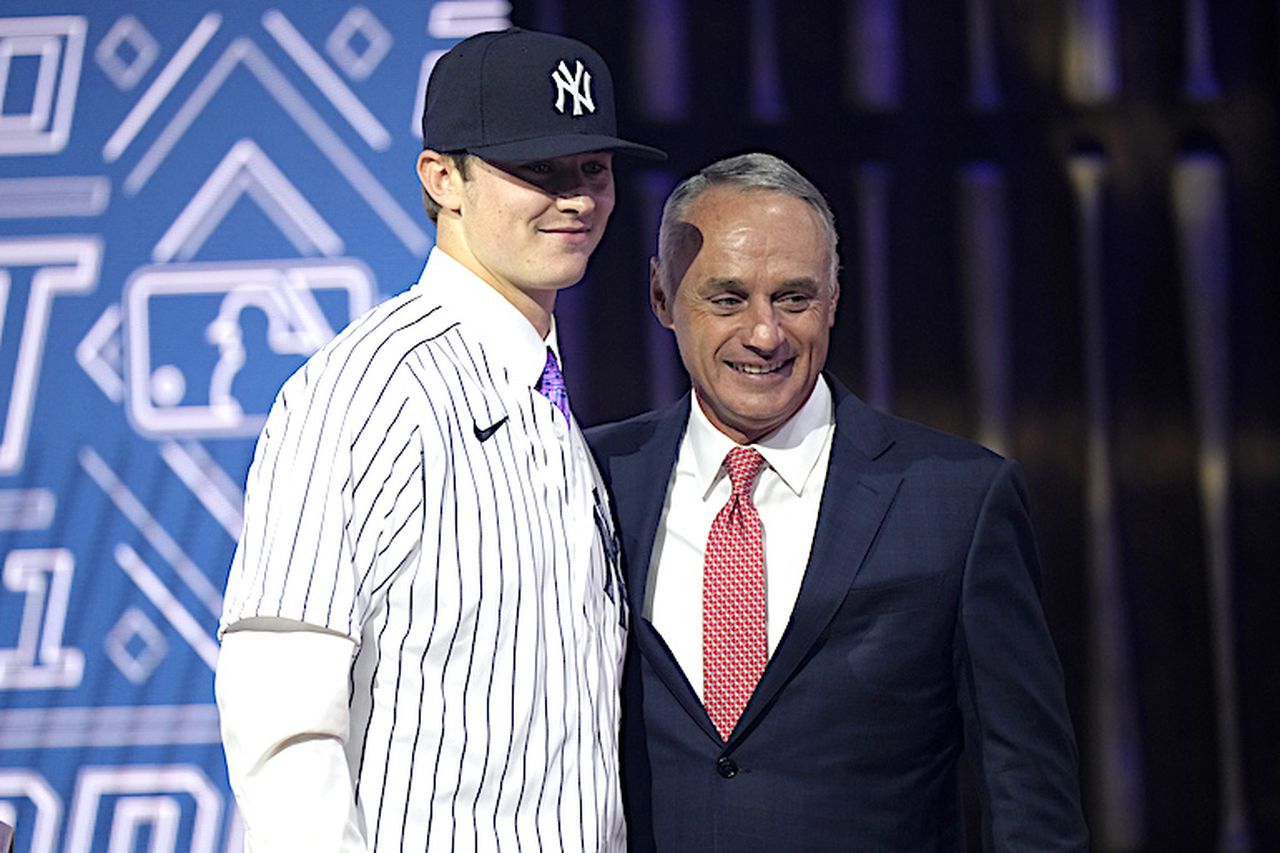 The Yankees are dreaming of a future in which Trey Sweeney helps anchor the infield in the Bronx, selecting the Eastern Illinois University shortstop in the first round of the 2021 MLB Draft on Sunday night.

Sweeney was taken with the 20th overall pick, having attended the Draft as part of the live audience at Denver’s Bellco Theatre. The 21-year-old wasted no time delivering a message to the Yankees’ fan base.

Sweeney is coming off a terrific sophomore season in which he was named a first-team All-American by Baseball America, Perfect Game and ABCA, becoming the first player in Eastern Illinois history to earn first team All-American honors at the NCAA Division I level.

Of trying on the Yankees pinstripes for the first time, Sweeney said: “It feels awesome. It feels great to put this iconic logo on my chest and my hat. I’m thankful and blessed.”

Standing 6-foot-4 and weighing 200 pounds, the left-handed hitter has something of an unorthodox swing, but it has worked for him. Sweeney has added power to his game and was named the Ohio Valley Conference Player of the Year this past season.

Sweeney has earned raves with good bat-to-ball skills, plate discipline and strong exit velocity numbers, factors weighed heavily by the Yankees’ hierarchy. Scouts saw improvements in Sweeney’s defense this past season, rating him as owning a plus arm, though there is a chance that he may move to third base as a professional.

A product of Louisville, Ky., Sweeney helped lead his high school team to a state championship but received only one Division I offer. It has been a rapid climb to the first round and Yankees pinstripes.

“It’s absolutely surreal,” Sweeney said. “This has been something I’ve dreamed about since I was a little kid, watching this every year on TV. To be in this position is just crazy.”

Trey Sweeney after being drafted by the #Yankees:

“It's absolutely surreal, it's something I've dreamed about since I was a little kid.”
pic.twitter.com/irRA69G7Pu

Their first-round selection last year was catcher Austin Wells, who went 28th overall and is currently playing for Low-A Tampa. The last time that the Yankees made the 20th overall selection was 1996, a pick which they used on left-hander Eric Milton.