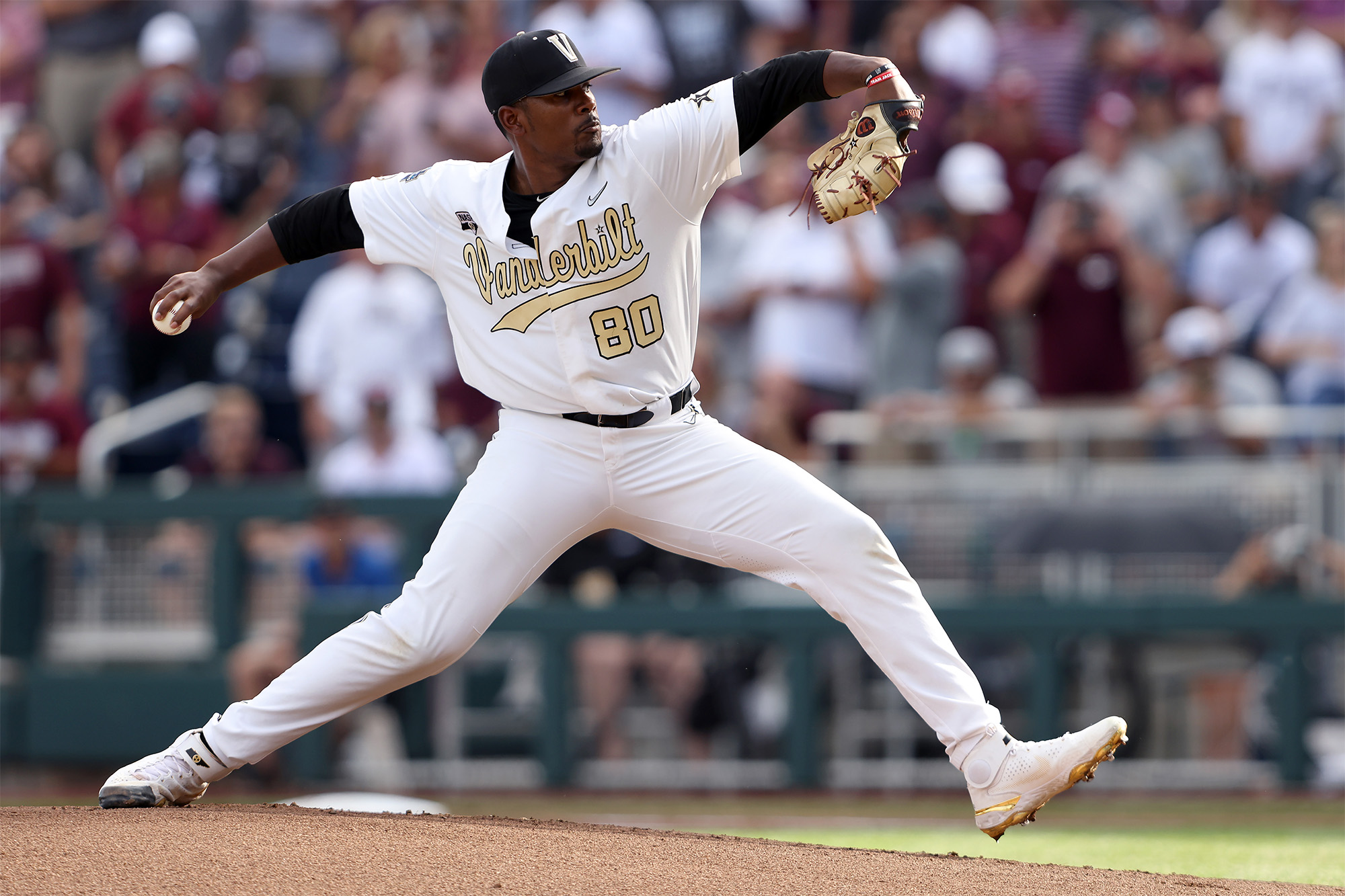 For months, the Mets scouted Kumar Rocker as closely as any player eligible for the 2021 MLB Draft, all while understanding there was little chance Rocker would fall to them at No. 10 overall. Not so long ago considered a candidate to be the top pick of the Draft, Rocker represented the type of talent that could instantly change a franchise’s fortunes.

We got a ???? one! Welcome to the big apple @KumarRocker! #LGM ?? pic.twitter.com/qYBmXtSqqH

Leading up to the event, most mock drafts — including the Mets’ own internal expectations — had Rocker going at least somewhere in the top seven or eight picks. Then some funny things began happening. After Rocker’s college teammate, Jack Leiter, went off the board at No. 2 overall, the Tigers and Royals both selected high school pitchers instead of Rocker. The Rockies chose an outfielder, leaving only one team standing between the Mets and their unlikely target. When the Angels also passed, the Mets’ Draft room burst into elation.

At that moment, team officials set aside their scouting reports on any number of other players.

“Don’t walk past the obvious,” Mets scouting director Marc Tramuta said shortly after the team called in its selection of Rocker at No. 10. “For us, this was an obvious pick. This is an extremely talented young man that we just couldn’t pass.”

“We really thought there was very little chance this would happen,” added vice president of amateur scouting Tommy Tanous.

The Mets now employ not only one of the most well-regarded college pitchers in recent memory, but one who could conceivably move rapidly through the system. The sixth-ranked player on MLB Pipeline’s Draft board, Rocker is a 21-year-old who flourished at an advanced, pro-style college program at Vanderbilt. Although Mets officials downplayed talk of a quick ride to Flushing, it’s not a stretch to think Rocker could be pitching for the Mets within the next year or two.

“We try not to scout on how quickly they get to the big leagues,” Tanous said. “We’ve tried to scout, at least for the last 10 years, on the best player, on the finished product. I think we’ve had a very good track record in that case with the Dom Smiths, who might take — being a high school player — a little bit longer than, say, the Michael Confortos, who make it to the big leagues in 14 months. … We try not to focus on how quickly they’ll get there, although it’s nice, the quicker they get there. We want them to get there and have sustained success.”

Few are better equipped to do so than Rocker, the son of College Football Hall of Famer and former NFL defensive tackle Tracy Rocker. Inheriting his father’s big-man gene, the younger Rocker was MLB Pipeline’s 23rd-ranked prospect heading into the 2018 Draft, but his firm commitment to Vanderbilt caused him to fall to the 38th round. That proved to be a blessing for Rocker, who used his time in Nashville to develop his upper-90s fastball and mid-80s slider into two of the best pitches in amateur baseball.