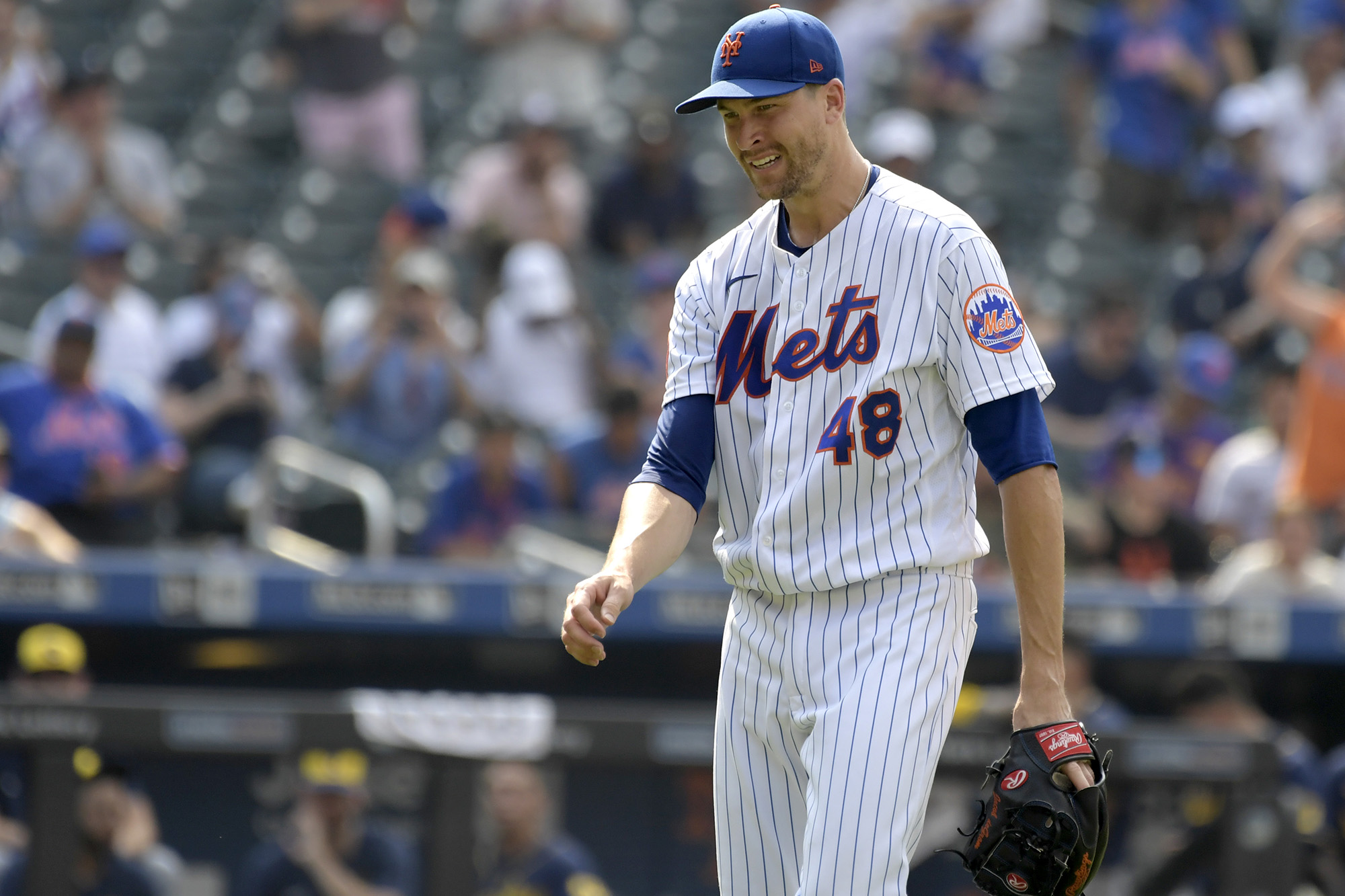 Jacob deGrom officially announced on Wednesday afternoon that he will not pitch in the upcoming 2021 MLB All-Star Game in Denver.

While there’s still a chance deGrom could pitch for the Mets on Sunday on short rest, the ace has made up his mind that he will not participate in the Midsummer Classic.

“I’ve thought about it and obviously being named to an All-Star team is a great honor, but I’m going to take that time and just enjoy it with my family, whether I pitch Sunday or not, and get healthy for the second half,” deGrom said following the Mets’ 4-3 win on Wednesday afternoon. “And hopefully [Taijuan Walker] gets in there and takes my place.”

With his 7.0 innings and two earned runs on Wednesday afternoon, deGrom’s season ERA stands at 1.08 and his strikeout total is now up to 146, as he leads all MLB pitchers in those two categories.

But since he won’t be pitching in Tuesday’s All-Star Game, he hopes his teammate Walker will get the nod to replace him.

“I don’t really know how that works, but Tai’s done a great job for us,” deGrom said when asked if he could give his say on who replaces him on the NL roster. “The way he’s pitched has been unbelievable. I think he’s 100 percent deserving to go. I’m going to try to figure out how that works. I was king of up in the air, whether I’d go or not, and then thinking about it, I think it’s best for me and this team for me to not go in and throw in that and just rest for the second half.”

While deGrom explained that the decision to pitch in Sunday’s first-half finale will be based on how he recovers from Wednesday’s start, he said that he didn’t think there was much upside to his flying to Colorado for a game he wouldn’t be throwing in.

“I thought about it, but like I said, flying across country to go and not throw in it … I think the best thing is for me to be healthy and be ready for the second half,” said deGrom. “I don’t think it’s beneficial for me to fly to Colorado and back.”