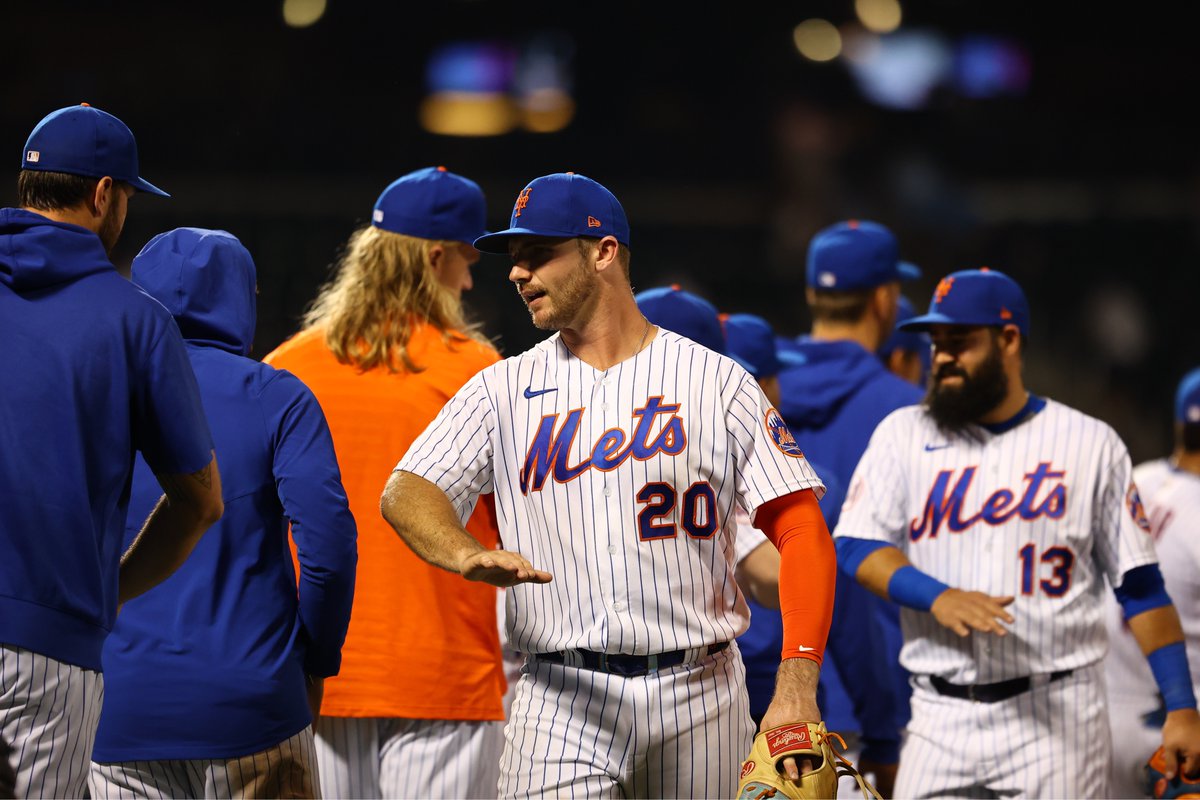 The Mets’ three-run seventh inning broke a 1-1 tie and helped give New York a 4-2 win over the Milwaukee Brewers on Monday.

Here are the takeaways…

1. Tylor Megill‘s third major-league start was his best. The righty threw 3.1 scoreless innings before allowing a solo home run to Omar Narvaez, but that was one of just two hits on the night. Other than that blip, he tossed five innings and struck out seven. His ERA is now 3.77 through three starts.

2. New York’s three-run seventh inning was the difference in the game. Pete Alonso‘s double made it 3-1, and Michael Conforto‘s single with two outs extended the lead to three. Alonso has driven in nine runs in his last eight games.

3. The Mets got their first run in the fourth on a sac-fly by Dominic Smith which scored Brandon Nimmo, who doubled and finished with two hits. It was helped along by a questionable Francisco Lindor sac-bunt with no outs, but nonetheless, it paid off.

4. Brandon Woodruff, Milwaukee’s ace and one of the best pitchers in the league, gave up four earned runs on only four hits. Unfortunately for him, three of the hits (and runs) came in that seventh.

5. The Mets loaded the bases in the eighth inning with no outs, but a fly out and a double-play later the inning was over with no runs scored. That almost proved costly, as Edwin Diaz allowed two hits, a walk, and a run in a sluggish ninth inning. But he retired his final three batters for the save.

6. Aaron Loup, Seth Lugo and Trevor May all added scoreless innings out of the bullpen.