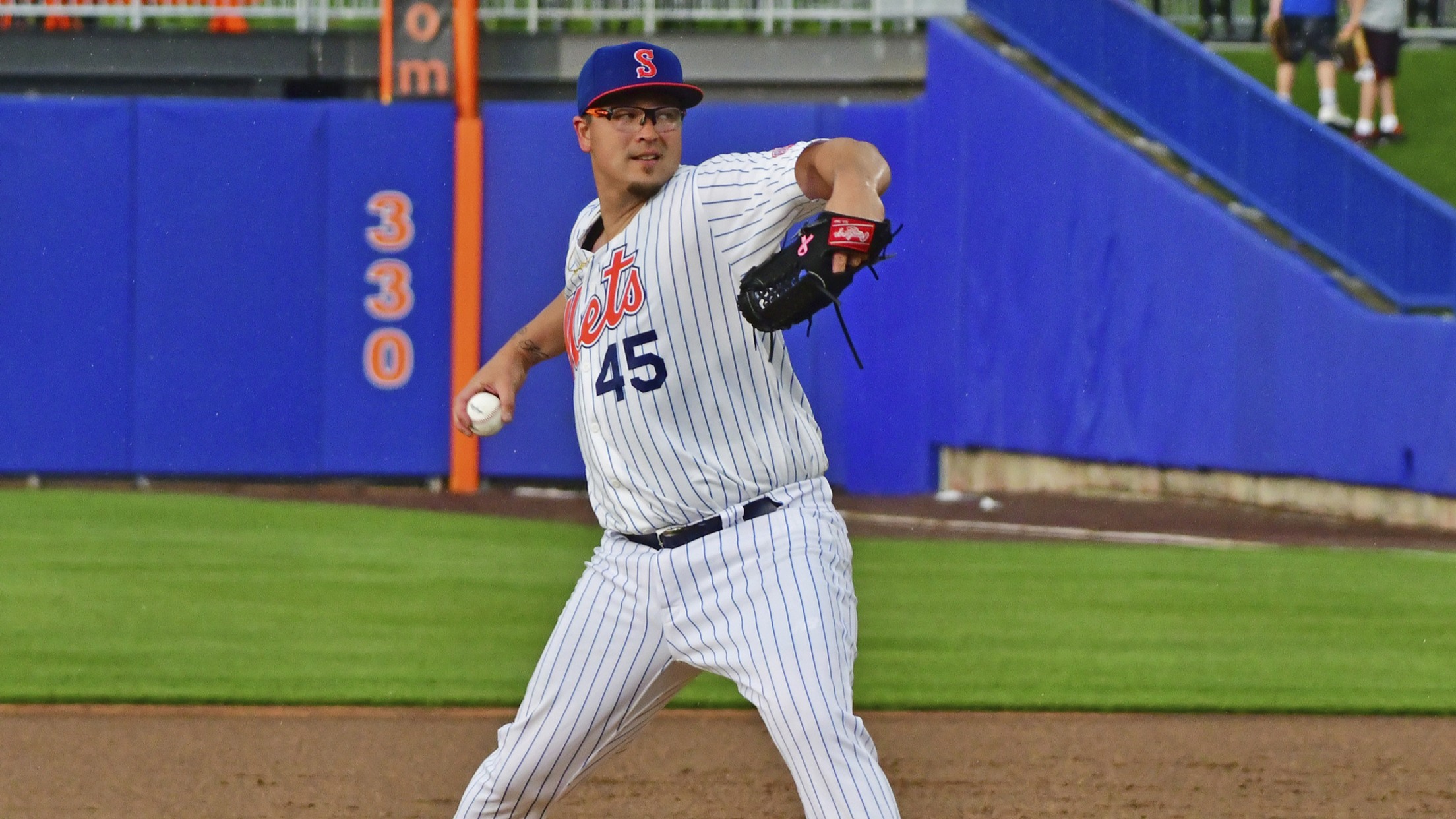 Behind a dominant outing from starting pitcher Vance Worley, the Syracuse Mets beat the Rochester Red Wings, 4-2, on Sunday night in front of an electric NBT Bank Stadium atmosphere of 9,669 fans on Independence Day. The victory was Syracuse’s third against Rochester in their five-game series and improves Syracuse’s record to 7-4 against Rochester this season.

In his third appearance with the Mets, Worley turned in a dazzling performance, pitching eight innings of one-run baseball. The 33-year-old allowed just six hits and one walk while striking out four batters en route to the win.

Syracuse (15-37) didn’t waste any time getting on the board. In the bottom of the first inning, Wilfredo Tovar drew a one-out walk. Next, major league rehabber J.D. Davis ripped a double to right-center field, scoring Tovar to give Syracuse a 1-0 lead.

The Mets added another run in the third. Tovar hit a one-out double. Two batters later, with one out, Brandon Drury struck a single to right field that scored Tovar for a 2-0 Syracuse advantage.

Rochester (22-31) finally scored a run off of Worley in the top of the sixth. Rafael Bautisa led off with a double. After Jake Noll and Brandon Snyder were retired, former Syracuse Chief Corban Joseph hit a run-scoring double to left field to score Bautista to cut the deficit in half, 2-1.

The Mets responded in the bottom of the sixth when Drury led off with a single. Cheslor Cuthbert followed with a double, advancing Drury to third. Martin Cervenka then stepped in and hit a sacrifice fly to left field to bring home Drury and give Syracuse a 3-1 lead.

Drury continued to contribute in the bottom of the seventh. After Calixte drew a two-out walk, Drury lined a double to left field, putting runners on second and third base. Cuthbert was then hit by a pitch to load the bases. César Puello followed with a single to left field that scored Calixte for a three-run advantage, 4-1. Cuthbert was thrown out at third base on the play before Drury scored, preventing Syracuse from extending its lead any further.

After Worley’s eight dominant innings, Stephen Nogosek came out of the bullpen to pitch the ninth. Nogosek ran into some trouble quickly after walking Snyder to begin the inning and then allowing a double to Joseph that put runners at second and third. Nogosek proceeded to strike out Swihart for the first out of the frame. Jecksson Flores followed with an RBI single though, scoring Snyder to make it 4-2 with the Mets still in front. Nogosek regrouped and struck out Cody Wilson and Wilmer Perez to earn his fourth save of the season as Syracuse was victorious, 4-2.

After completing a 12-game homestand, Syracuse now hits the road for a seven-game series over a six-day stretch against the Scranton/Wilkes-Barre RailRiders that begins on Tuesday night at 7:05 p.m. from Moosic, PA.