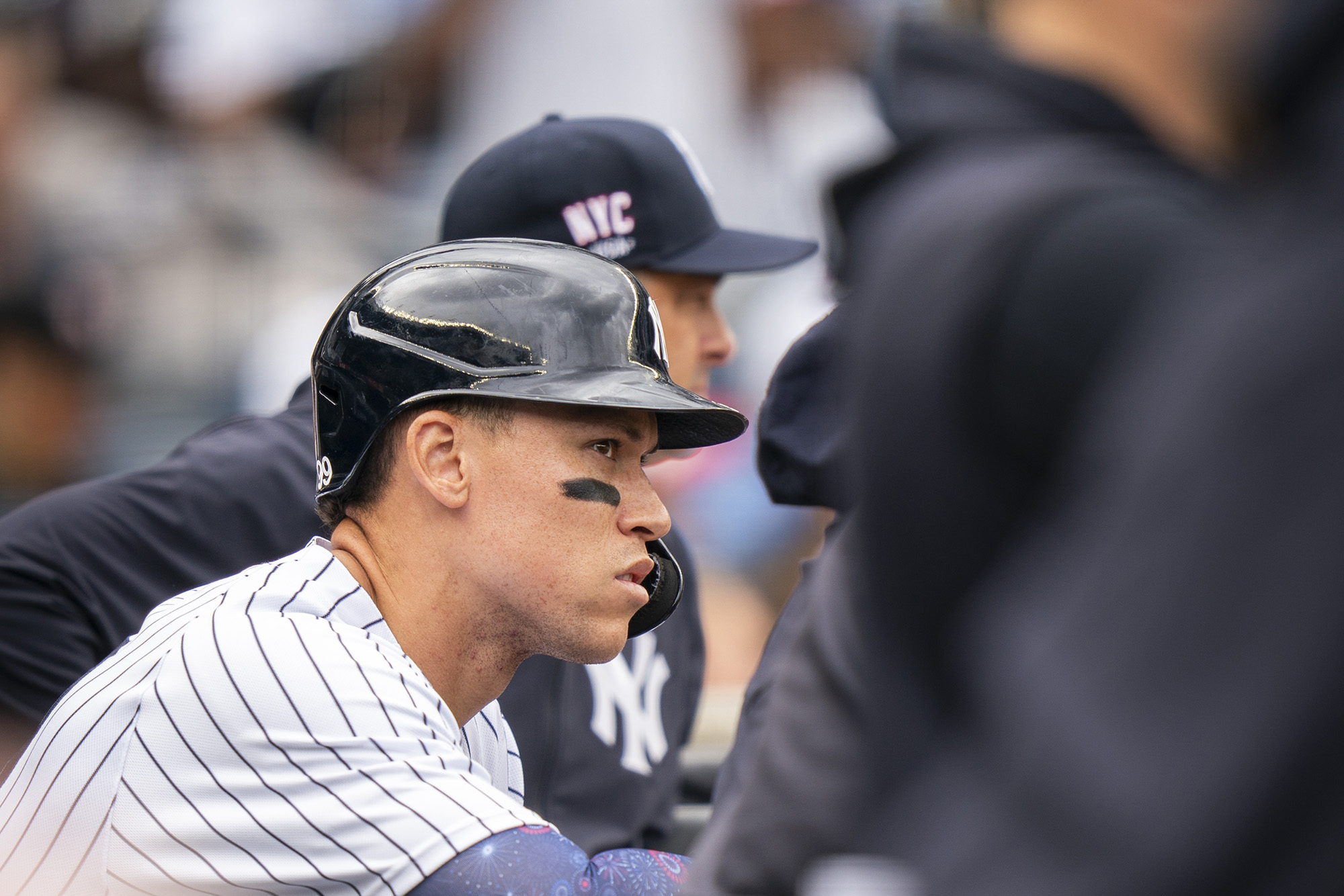 The foundering Yankees called a players-only meeting this week, with Aaron Judge among those who spoke most forcefully. The slugger said there were topics on his mind that could not wait to be addressed, expressing confidence that his words would spur the team to better play in this weekend’s Subway Series.

And yet, at the official halfway point of the season, manager Aaron Boone’s comment spoke loudest: “Talk is cheap.”

Judge broke up a no-hit bid and shutout with his team-leading 19th homer, but it was too little, too late. The Mets pulled away early and sent the Bombers to an 8-3 defeat on Saturday — their sixth loss in seven games.

“We’ve got two really big games tomorrow, and we’ve got to get after it,” said first baseman Luke Voit. “We’re not playing good at all; we’re playing pretty bad right now, me included. We’ve got to figure out a way to scrape out two wins tomorrow, so it starts the first game.”

Capping a week in which managing general partner Hal Steinbrenner pointed a finger at his underperforming roster, saying that the players “need to fix this,” those answers seemed to be in short supply. Jordan Montgomery permitted three runs and six hits over 4 1/3 innings and Justin Wilson struggled mightily in a five-run sixth, unable to record an out.

“I don’t really know what else to do,” Montgomery said. “Honestly, at this point I think I’d rather just go out there and give up line drives. Maybe I’d have better luck if it was going right at somebody. … We hate losing, and we know what we’re capable of. We’ve got to play better.”

Dominic Smith drove in three runs, stroking a run-scoring single off Montgomery in the fifth and a two-run double that chased Wilson in the sixth. Kevin Pillar contributed a two-run single off Michael King in the sixth, runs charged to Wilson’s ledger. It was a rare outburst for the Mets, who came in having lost 11 of 17 while averaging 2.5 runs per game over that span.