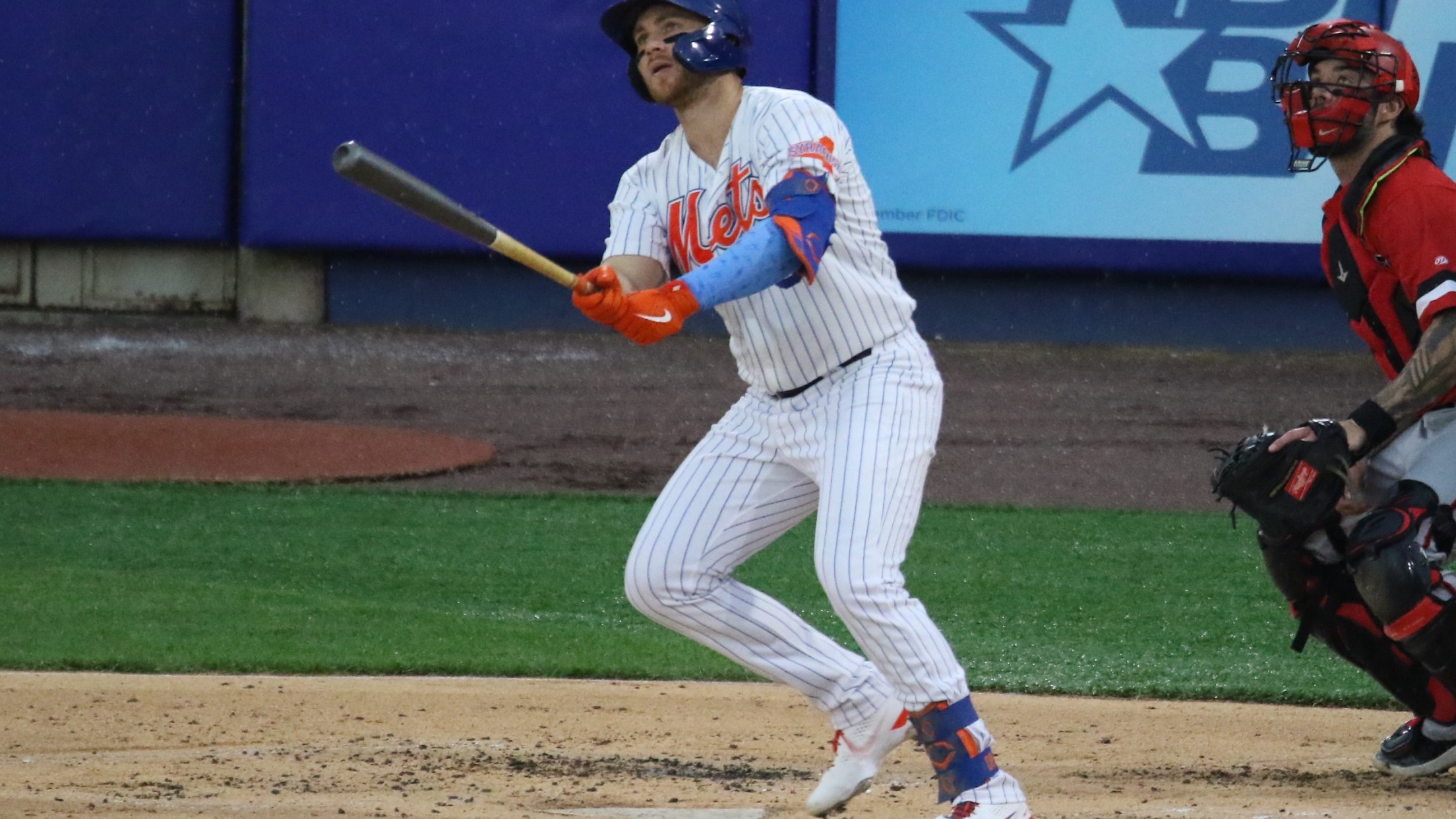 Behind another strong game from Brandon Drury, the Syracuse Mets and three of their major-league rehabbers took the series opener against the Rochester Red Wings with a 9-5 win on Tuesday night at NBT Bank Stadium. Drury went 3-for-3 from the plate with a home run, double, single, walk, and two RBIs.

Syracuse (13-35) exploded with a five-run bottom of the first inning. Nimmo led off with a walk, and then Nido singled to center field advancing Nimmo to third. Next, Khalil Lee drove in the game’s first run on a sacrifice fly to right field to put the Mets up, 1-0. Drury followed and blasted a two-run homer off Red Wings starter Rogelio Armenteros to left-center field to make it 3-0 Syracuse. It was Drury’s third home run in his last four games. That wasn’t all for the Mets in the first as Mason Williams hit a one-out double. After Cheslor Cuthbert struck out, Wilfredo Tovar hit his third home run in the last week, this one over the left-field wall to extend the Mets lead to 5-0.

Rochester (20-29) got on the board in the top of the third. Armenteros led off with a single off Mets pitcher Vance Worley. After Blake Swihart flew out, Yadiel Hernandez connected on a double to advance Armenteros to third base. Carter Kieboom then grounded out but brought home Armenteros to make it 5-1 with Syracuse still in front. Daniel Palka followed and hit a two-out RBI single to center to score Hernandez and cut the deficit to three, 5-2.

Syracuse responded with a run in the bottom of the third. With one out and no one on base, Drury stayed hot with a double to right field. After a Williams strikeout, Cuthbert hit a two-run double to center to score Drury and increase the Mets lead to four, 6-2.

In the top of the fourth, Rochester quickly made it a three-run game once again when Brandon Snyder hit a solo home run to left field to make it 6-3 with Syracuse still in the lead.

The Mets took their four-run lead back in the fifth. With two outs and no baserunners, Drury reached base again, this time with a walk. Williams followed with his second double of the evening to bring home Drury and give Syracuse a 7-3 lead.

In the sixth, Snyder hit another leadoff solo home run to bring Rochester within three again, 7-4.

In the bottom of the sixth, Tovar and Calixte started the innings with a walk and a single, respectively. Gabe Klobosits came out of the bullpen to relieve Armenteros, and after a successful sacrifice bunt from Worley, Nimmo reached on a fielding error by second baseman Jake Noll. Tovar and Calixte both scored on the play to make it 9-4 Mets.

In the seventh, Swihart led off with a triple. Hernandez followed with an RBI single to bring Rochester within four, 9-5. Worley limited the damage, finishing the seventh without allowing another run and ending his night with six innings pitched, allowing five runs on eight hits, walking two, striking out two, and earning the win in his second appearance with Syracuse.

After delivering a scoreless eighth inning, Nick Tropeano came back out for the ninth to close it out for the Mets. After a one-out single by Palka, the game ended after Noll swung and missed at a ball in the dirt, and Mets catcher Martin Cervenka delivered a strike to second base to catch Palka out at second base for the game’s final out. The Mets improved to 5-2 against Rochester this season after the 9-5 series-opening win.

Syracuse will look to continue their success against their thruway rivals on Wednesday night when right-hander Jesús Reyes takes the bump for the Mets against left-hander Josh Rogers for the Red Wings. First pitch from NBT Bank Stadium is set for 6:35 p.m.