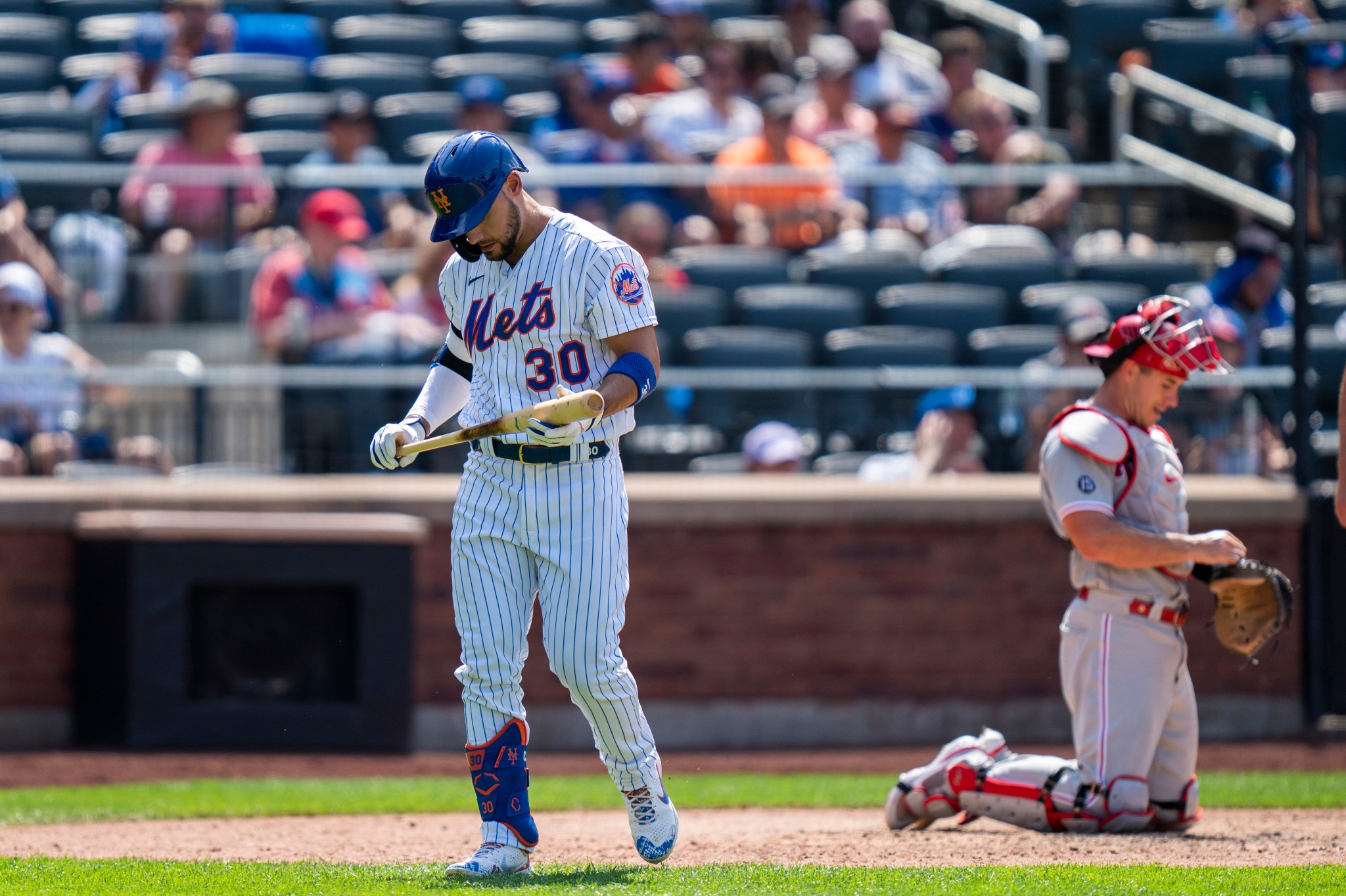 Jeff McNeil and Michael Conforto are back in the Mets’ everyday lineup, Brandon Nimmo and J.D. Davis are set to join soon, and still New York’s offense has not managed to ramp up its production. In what’s becoming a troubling trend, the Mets couldn’t score against former teammate Zack Wheeler in a 4-2 loss to the Phillies on Sunday at Citi Field, settling instead for a series split.

The Mets have lost eight of their last 13 games, which has been palatable only because their NL East lead has barely budged, slimming from five games to four. Over that stretch, their hitters have averaged 2.2 runs per game and been shut out four times.

Even for a first-place team, such offensive figures are hard to ignore. Eight weeks after their firing of hitting coach Chili Davis, the Mets have posted nearly identical statistics under his replacement, Hugh Quattlebaum. Some of that has been due to the fact that they’ve played long stretches without multiple key offensive pieces. But the rest has been because nearly every member of the starting lineup has underperformed compared to previous career norms.

To a man, the Mets insist that will change in time.

The Mets had two prime chances to score against Wheeler on Sunday. The first of them occurred in the first inning, when Francisco Lindor doubled and Alonso singled with one out. But Conforto popped up, and James McCann grounded out to end that threat. Four innings later, the Mets put their first two men on base. After Luis Guillorme lined out, manager Luis Rojas elected not to use a pinch-hitter for reliever Corey Oswalt, who bunted. McNeil then flew out to end the inning.

They finally pushed across two runs against the Phillies’ bullpen to avoid a shutout, on an Alonso RBI single and a Kevin Pillar homer.

“It’s something that I expect to happen, because we’ve seen it happen in the past.”