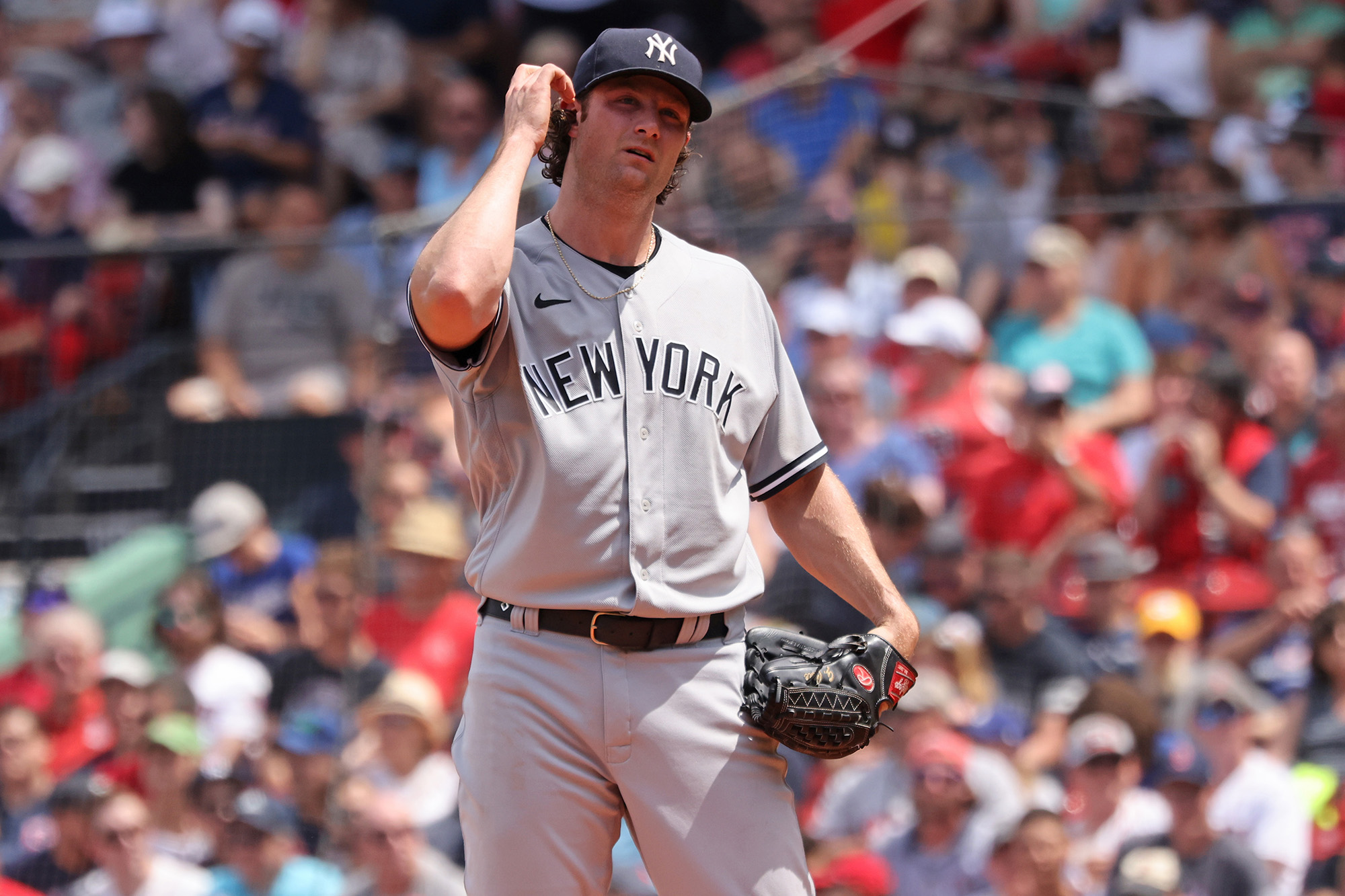 Gerrit Cole likened this installment of the American League’s most fabled rivalry to “a heavyweight fight,” acknowledging the higher stakes that accompany wearing a Yankees uniform inside Fenway Park. Asked to help his club avoid a lost New England weekend, the ace instead was dealt a knockout.

Cole’s first pitch of the afternoon was tagged over the left-field Green Monster by Kiké Hernández and Rafael Devers crushed a long three-run homer a few batters later, setting the tone for the Yankees’ 9-2 loss to the Red Sox. Boston has claimed the upper hand thus far, handing New York losses in all six rivalry games this season.

“You respond as best you can when you get punched in the face,” Cole said. “At some point, you know you’re going to take hits. You’ve got to keep your cool and respond, and understand some of them are going to land. We’ve been taking some blows. I think we’ve got to start dishing some back.”

Whatever swagger was created by a 7-2 run against the Blue Jays, Athletics and Royals evaporated on the ancient Fenway turf, where the Red Sox outscored the Yanks, 18-7, across the 27 innings.

“That inconsistency has defined us so far,” manager Aaron Boone said. “We’ve got to find a way to be more consistent. Ultimately, we expect way more out of ourselves. I know the fan base expects more. To come up here and have a disappointing weekend against a team we’re trying to chase down is frustrating.”

Cole hoped to flip that narrative, but he was stunned as Hernandez pounced on a first-pitch fastball, sending a souvenir toward Lansdowne Street. Alex Verdugo doubled and Cole issued a walk before finally recording an out, then he tried to blow a 100.1 mph heater past Devers — a pitch that came to rest in the right-field seats.

It marked the first time in Cole’s career that he has surrendered multiple homers in the first inning, with five of the first seven batters reaching base. Cole settled in, permitting only four of 16 batters to reach through the rest of his five-inning effort, but as he said, “At that point, most of the damage had been done.”

J.D. Martinez launched a third-inning solo home run and Christian Vázquez lifted a sacrifice fly to round out scoring against Cole, who was charged with six runs (five earned) and eight hits — both season highs.

“It’s a pretty brutal feeling to let the team down like that,” Cole said.

Cole walked two and struck out six in an 89-pitch effort. The Yankees are 8-8 in Cole’s 16 starts this season.

“He’ll navigate this,” Boone said. “I thought he settled in fine.”