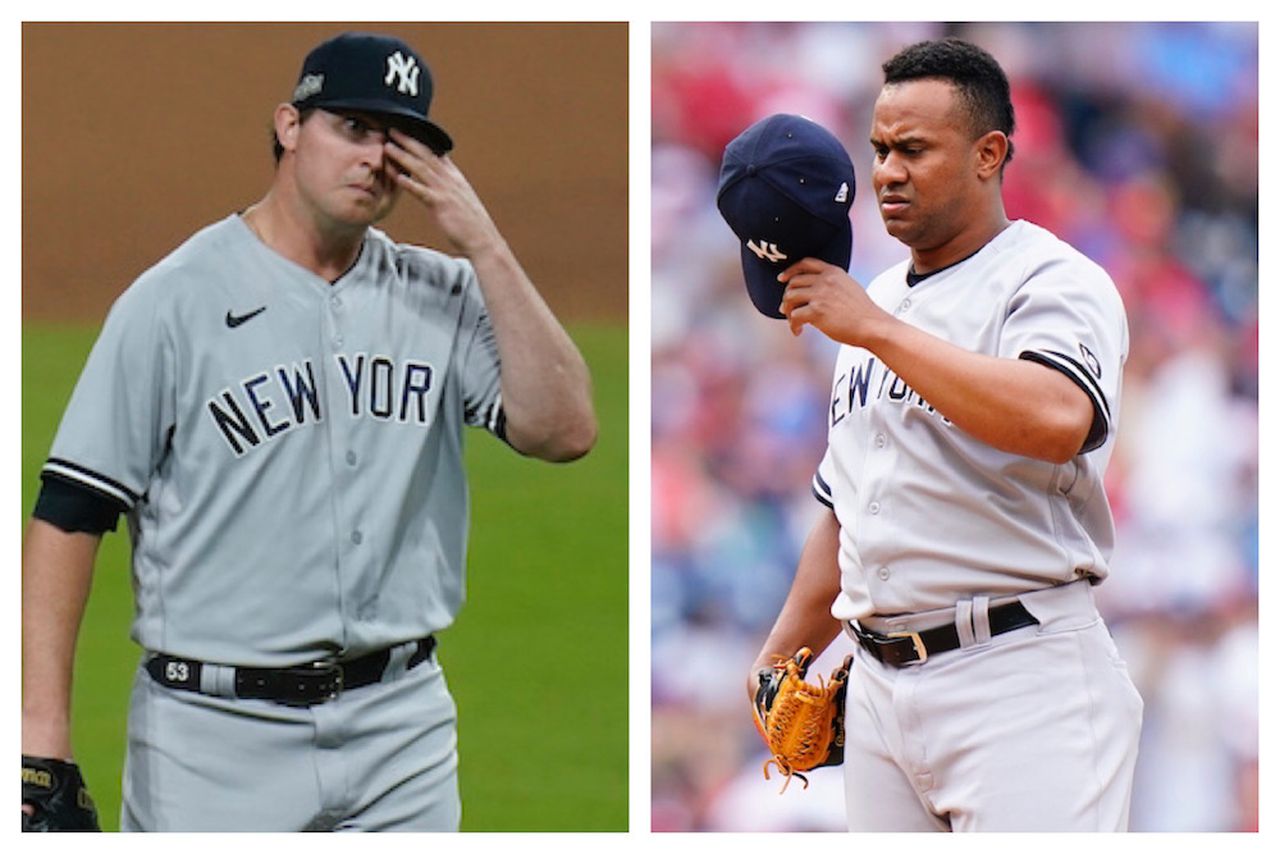 Yankees pitcher Zack Britton allowed one run and walked one in Friday night’s 5-3 loss to the Boston Red Sox, before exiting the game early after just 0.1 IP with an injury to his hamstring.

Manager Aaron Boone spoke to reporters and gave an update on Britton, saying that he’ll be heading back to the IL.

“He’s actually doing pretty well. I have an announcement there, we are putting him on the IL,” Boone said. “I think based on the initial what we saw last night it’s certainly nothing. I feel like the news was better than we thought, but we just thought with him, especially with him coming back obviously, not something we want to push through and risk something else popping up. So hopefully it’s that short stint, but he is on the IL.

“And we also IL-ed Wandy Peralta. That we can backdate a few days. He’s been dealing with a back issue the last probably four or five days, and is getting close to getting ready to go, just felt like still likely a day or two away potentially. Being able to backdate it and having not a lot of activity here these last few days, just felt it was the best way to go there. In their place we’ve called up Albert Abreu and Brooks Kriske.”

The Yankees later made all of the moves Boone mentioned official.

Britton returned to the team on June 12, after starting the season on the IL with a hamstring injury. In five appearances this season, he has a 4.15 ERA over 4.1 IP with two earned runs on three hits with three strikeouts.

Regarding Britton’s hamstring, Boone said it was encouraging to see the lefty out there on Saturday moving around, but still thought an IL stint was the best move for him and the team right now.

“Yeah I don’t think it’s a strain, more tight cramping,” Boone said. “Was encouraged a little bit last night after he got worked on, and then came in this morning and was actually moving around pretty well. Enough still in there to where it wasn’t something we wanted to push through, especially considering what he’s coming back from. Then all of a sudden you start tweaking mechanics or something, and something else happens. I think we erred on the side of caution here, obviously we know what Britton means to our bullpen and the back end of that bullpen. So not the best thing, but hopefully something that’s a short stint for him.”