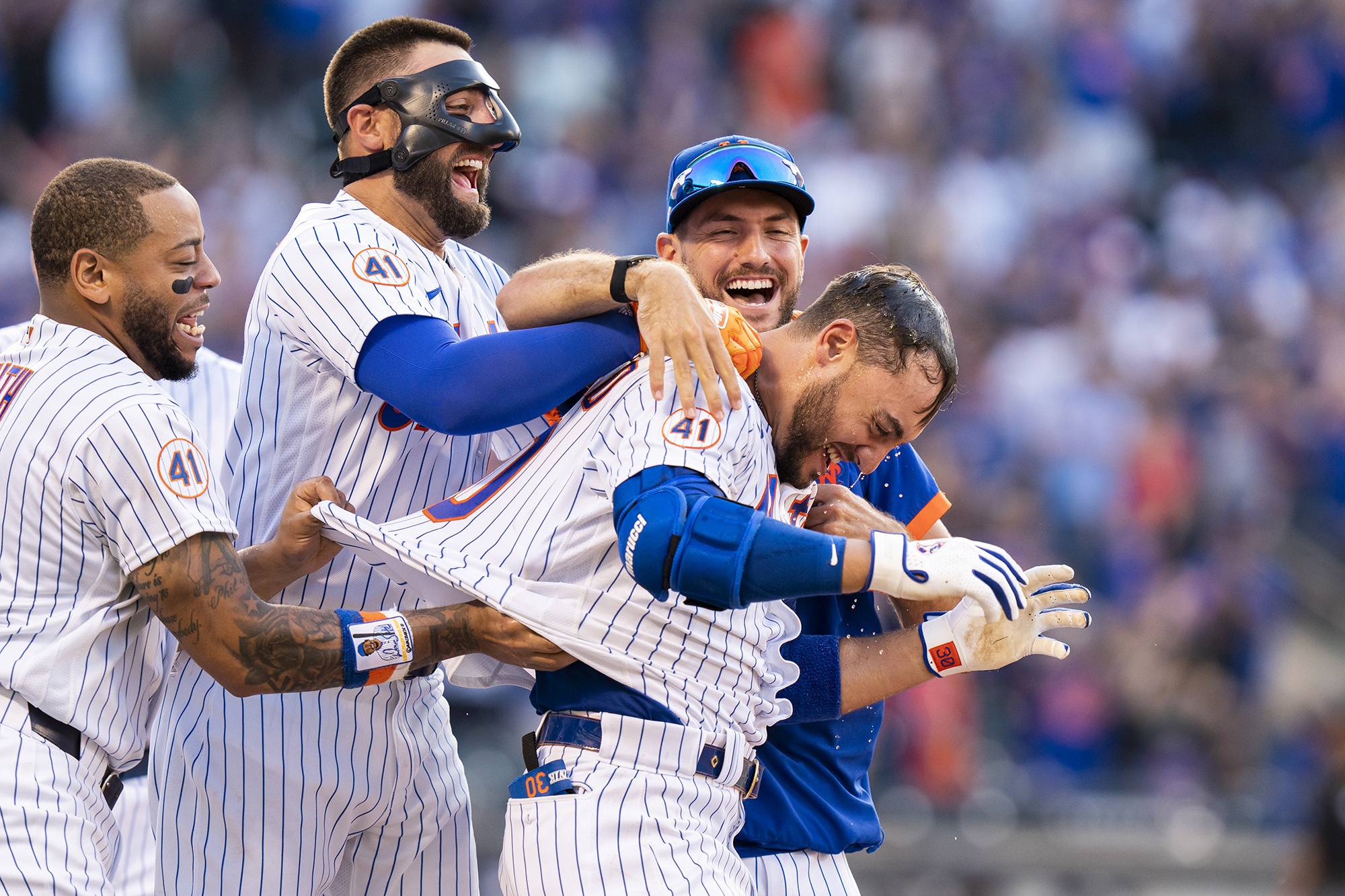 The largest crowd at Citi Field in 21 months stressed and fretted and booed and cheered, hanging on every pitch but hardly thrilled with all of them. The Mets had seemed primed to lose on multiple occasions Saturday, due in large part to their own mistakes. And yet in each instance, the Phillies gave them — and their fans — new life.

So it came to be that Michael Conforto found himself at the plate with the bases loaded and one out in the ninth inning, with the decibel level rising around him. Conforto swung through two Héctor Neris splitters, eliciting some grumbles from the crowd, before fouling off another. Then, with two strikes, he unloaded a line drive just deep enough to force center fielder Odúbel Herrera backward, resulting in a walk-off sacrifice fly and a 4-3 Mets win over the Phillies.

Ho hum, how about that. These guys don’t quit!

It was New York’s second walk-off in as many days. In three straight games, the Mets have brought the potential winning run to the plate during their final turn at bat.

The spirit at Citi is reminiscent to the late summer of 2019, when the Mets delivered walk-off after walk-off in front of their home fans. Unlike two years ago, the Mets have not proven consistent enough offensively to rip off a stretch of 15 wins in 16 games, or anything close to it. But also unlike two years ago, they’ve positioned themselves as the team to catch in the NL East — not the team doing the chasing. Despite an offense that ranks 29th in the Majors in runs per game, the Mets have strung together enough pitching, defense and a certain je ne sais quoi to maintain first place for seven consecutive weeks.

“The things we’re doing this year, they feel different to me,” Conforto said.