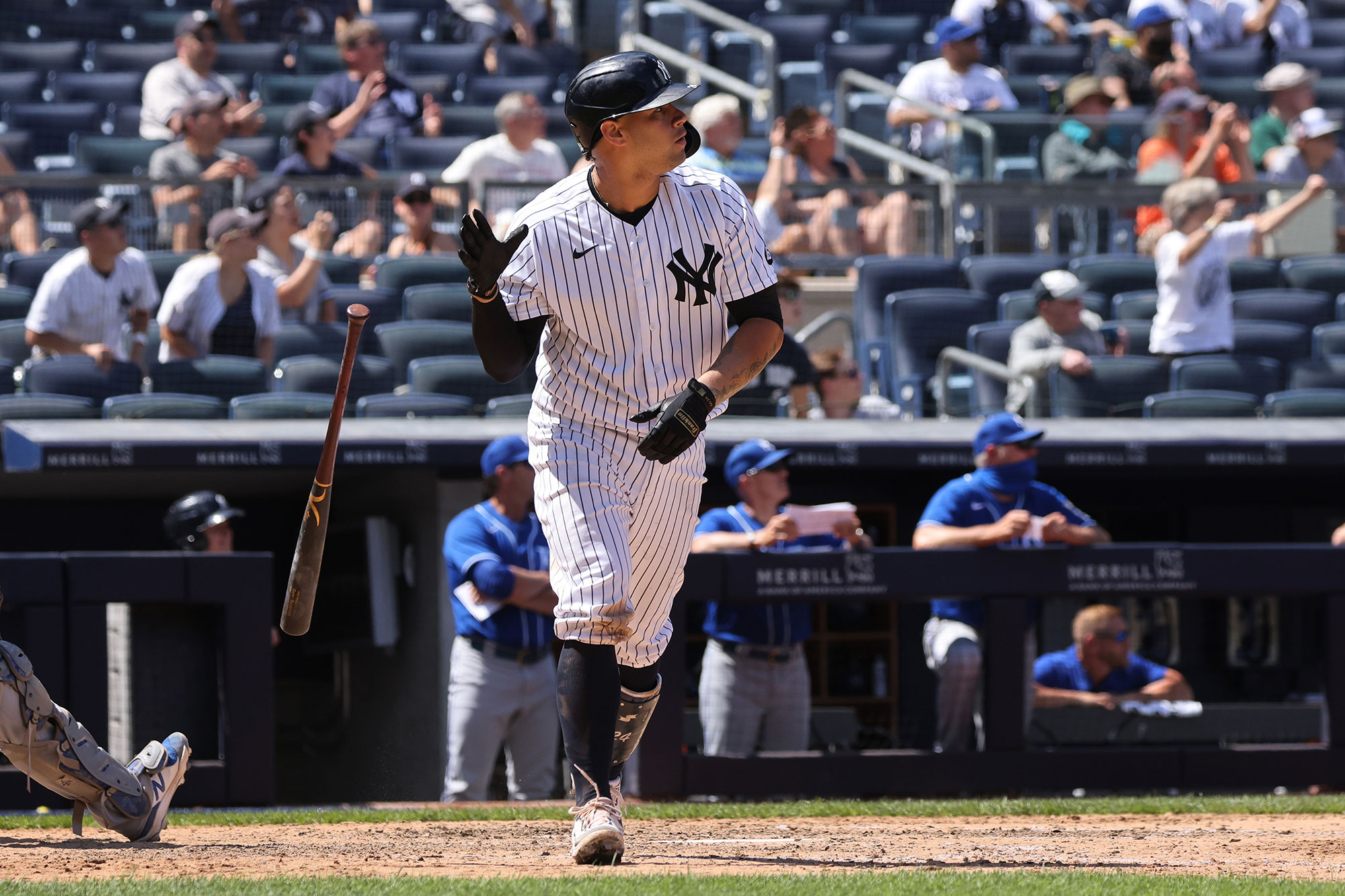 Gary Sánchez is the Yankees’ lightning rod, having experienced many of the highs and lows that a career in pinstripes can offer. With the Bombers zipping their bags for a crucial weekend showdown in Boston, the big-swinging backstop has caught fire to pace a suddenly potent offense at a perfect time.

Aaron Judge and Luke Voit hit early homers before Sánchez blew open the game with a three-run blast, his third long ball in five games powering an 8-1 Yankees victory over the Royals on Thursday at Yankee Stadium. In the span of a few weeks, a mechanical tweak has transformed Sánchez from a dissatisfied part-timer into an indispensable lineup cog.

“When we were struggling to score runs, I kept saying, ‘It’s a matter of time,’” Sánchez said through an interpreter. “I have so much confidence in the talent that we have and in my teammates. Eventually, this is what was supposed to happen, for the offense to work the way it’s working right now.”

Judge enjoyed his first multi-RBI game since June 8, and Voit continued to provide a spark in his third game since coming off the injured list. Mere hours after Voit ripped a walk-off single, his homer in the third inning helped knock out Royals starter Brad Keller early and secure the Yanks’ seventh win in nine games.

The Yankees hadn’t won a game by more than four runs since their 7-0 rout of the White Sox on May 22.

“Any time you score eight runs, that’s a big offensive output and a lot of guys having a hand in it,” manager Aaron Boone said. “It could have been even more, just by the amount of heavy at-bats up and down the order. It’s good to see these guys really starting to get a little bit of that swagger.”

Sánchez has collected eight homers and 18 RBIs in his last 23 games, a span that coincides with him nixing a problematic leg kick from his stride at the plate. Boone has lauded Sánchez’s “courage” to make that in-season change, observing that the mechanism was preventing Sánchez from catching up to fastballs.

That has not been an issue of late. Exhibiting better balance in his lower half, Sánchez has reclaimed his playing time from a timeshare with backup Kyle Higashioka. Sánchez’s name is now very much in the All-Star conversation, though the 2017 Home Run Derby participant balked on Thursday when asked if he would have an interest in joining the fun.