Mets’ offense finally breaks out in win over Braves 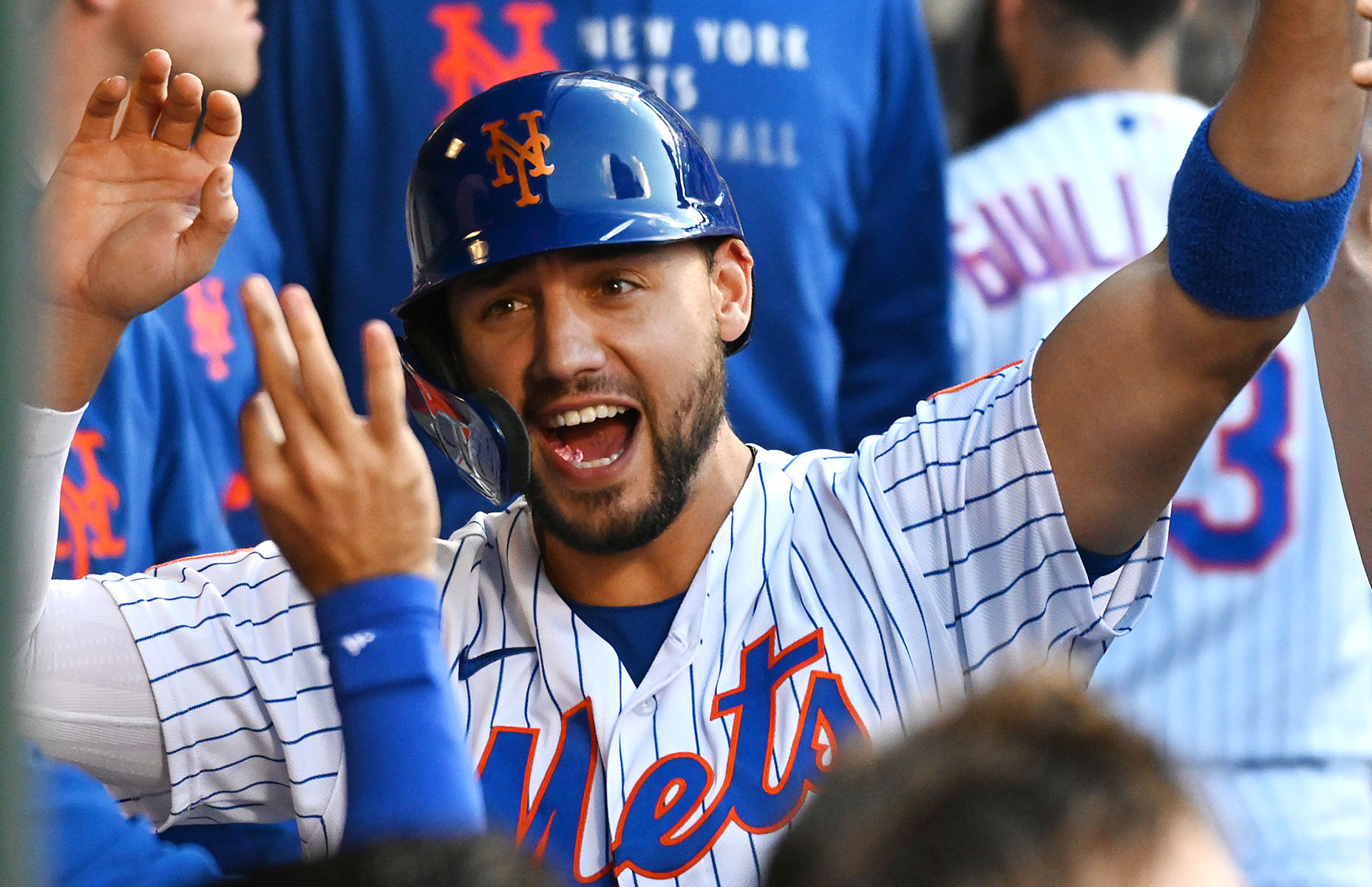 For the first time in more than a month, the Mets had both Jeff McNeil and Michael Conforto back in the lineup.

Their return coincided with a needed offensive outburst.

With pitcher Tylor Megill making his major league debut, the Mets gave him plenty of early support with five runs in the first two innings, and they held on for a 7-3 victory over the Atlanta Braves on Wednesday at Citi Field in New York.

Conforto and McNeil were at the center of the rallies in the first two innings to help build a 5-0 cushion. Conforto doubled with one out in the first inning, moving Francisco Lindor to third in the process. Lindor then scored on a wild pitch to open the scoring, while Conforto advanced to third.

Pete Alonso walked before Dominic Smith hit into a fielder’s choice to second base, allowing Conforto to score.

McNeil reached on an infield single with two outs in the second inning to score Luis Guillorme after he doubled earlier in the inning for a 3-0 lead. Lindor capped off the three-run frame with a two-run home run to right field, marking his ninth of the season.

Megill started strong, keeping the Braves scoreless in the first four innings. However, he couldn’t get through the fifth inning to remain in line for his first MLB victory.

Ender Inciarte hit a two-run home with one out to get the Braves on the board in the fifth inning. Megill then walked pitcher Josh Tomlin, prompting manager Luis Rojas to go to the bullpen. Megill allowed two runs on three hits while striking out four and walking two.

Miguel Castro worked out of trouble to end the fifth inning, but the Braves got another run in the sixth. Ehire Adrianza drove in a run with an infield single.

James McCann gave the Mets a key insurance run in the bottom of the seventh inning when he blooped a single to center to score Conforto from second to push the lead to 6-3.

Corey Oswalt entered the game in the sixth inning and gave the Mets 2.1 innings out of the bullpen, but when the Braves put a pair of runners on in the eighth inning, Edwin Diaz entered the game and escaped the jam.

After the Mets gave him one more run on a Lindor RBI single in the bottom of the eighth, Diaz closed it out in the ninth for a five-out save.