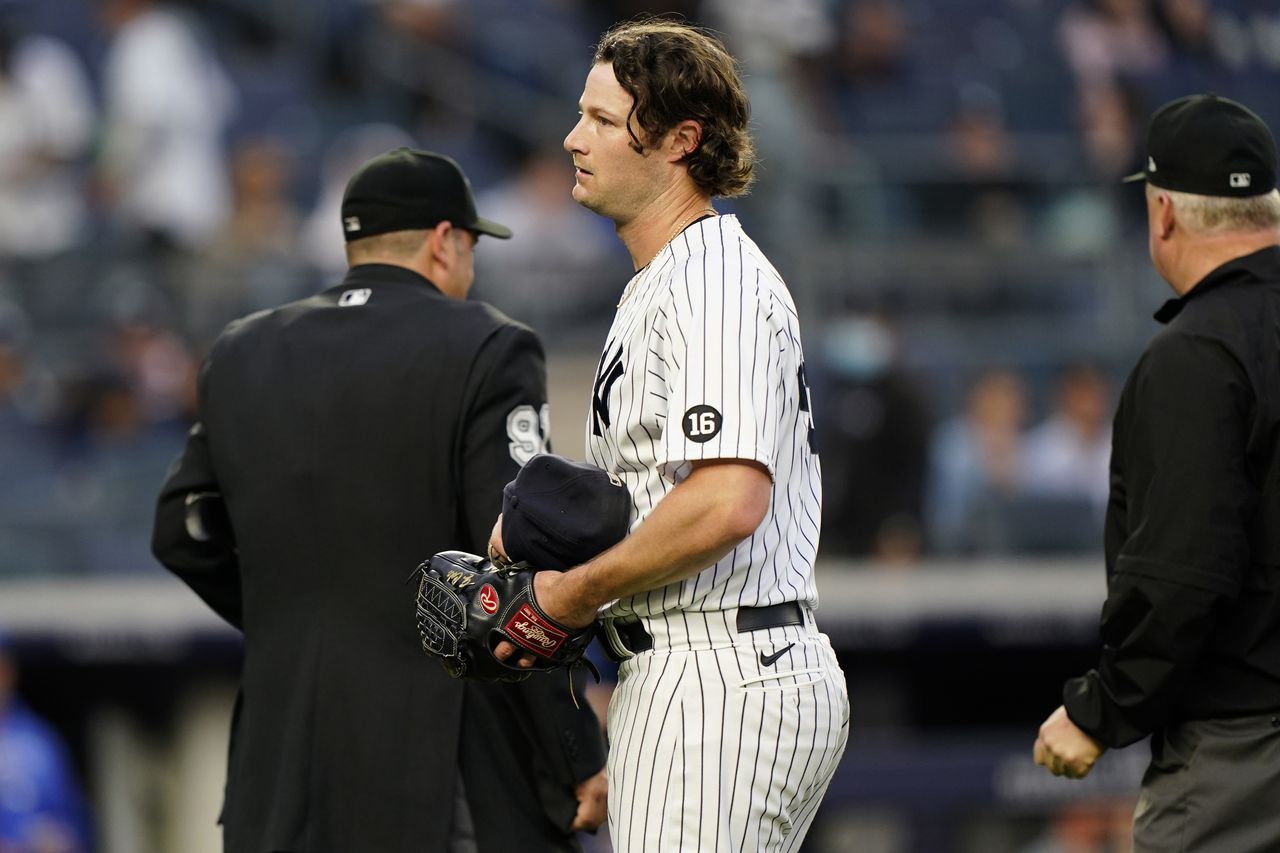 Gerrit Cole knew there would be eyes on him when he took the mound in the Yankees’ 6-5 loss to the Royals on Tuesday night at Yankee Stadium. He had inadvertently become the face of Major League Baseball’s renewed enforcement of the rules prohibiting “sticky stuff.”

On Sunday morning — given the knowledge of the Commissioner’s Office’s decision that Rules 3.01 and 6.02(c) and (d) would be enforced in earnest starting Monday — Yankees manager Aaron Boone said the attention on Cole had been “unfair,” though he understood it because of the 30-year-old’s status as one of the game’s best pitchers. For his part, Cole, when asked if he thought he would be targeted for inspection, said: “I don’t have any expectations in terms of that, no.”

As it turned out, when Cole walked off the mound after his opening frame Tuesday, he looked around as if he were waiting for the umpires to approach him. But no one did. Next inning, same situation.

The long-awaited inspection finally happened after Cole’s third inning of action. Glove, check. Cap, check. Seconds later, Cole was on his way to the dugout. Back to business for the Yankees’ ace.

Cole delivered seven strong innings on 108 pitches, allowing two runs on three hits and three walks while striking out six — including the last batter he faced on a 100 mph fastball. He retired nine consecutive Royals from the fourth through the sixth innings, after giving up a game-tying homer to recent callup Ryan O’Hearn.

Though Cole was not in line to earn the victory when he exited the contest, Luke Voit — making his return from the 10-day injured list — helped the Yankees rally for a go-ahead run in the seventh that would have changed that. But Jonathan Loaisiga, arguably New York’s most reliable reliever this season, gave up a four-run frame on four singles and a double while recording only two outs in the decisive eighth.