Home » Chance The Rapper » Yankees’ Gerrit Cole on in-game checks for substances: ‘I don’t think it’s a super comfortable situation for anybody’

Yankees’ Gerrit Cole on in-game checks for substances: ‘I don’t think it’s a super comfortable situation for anybody’ 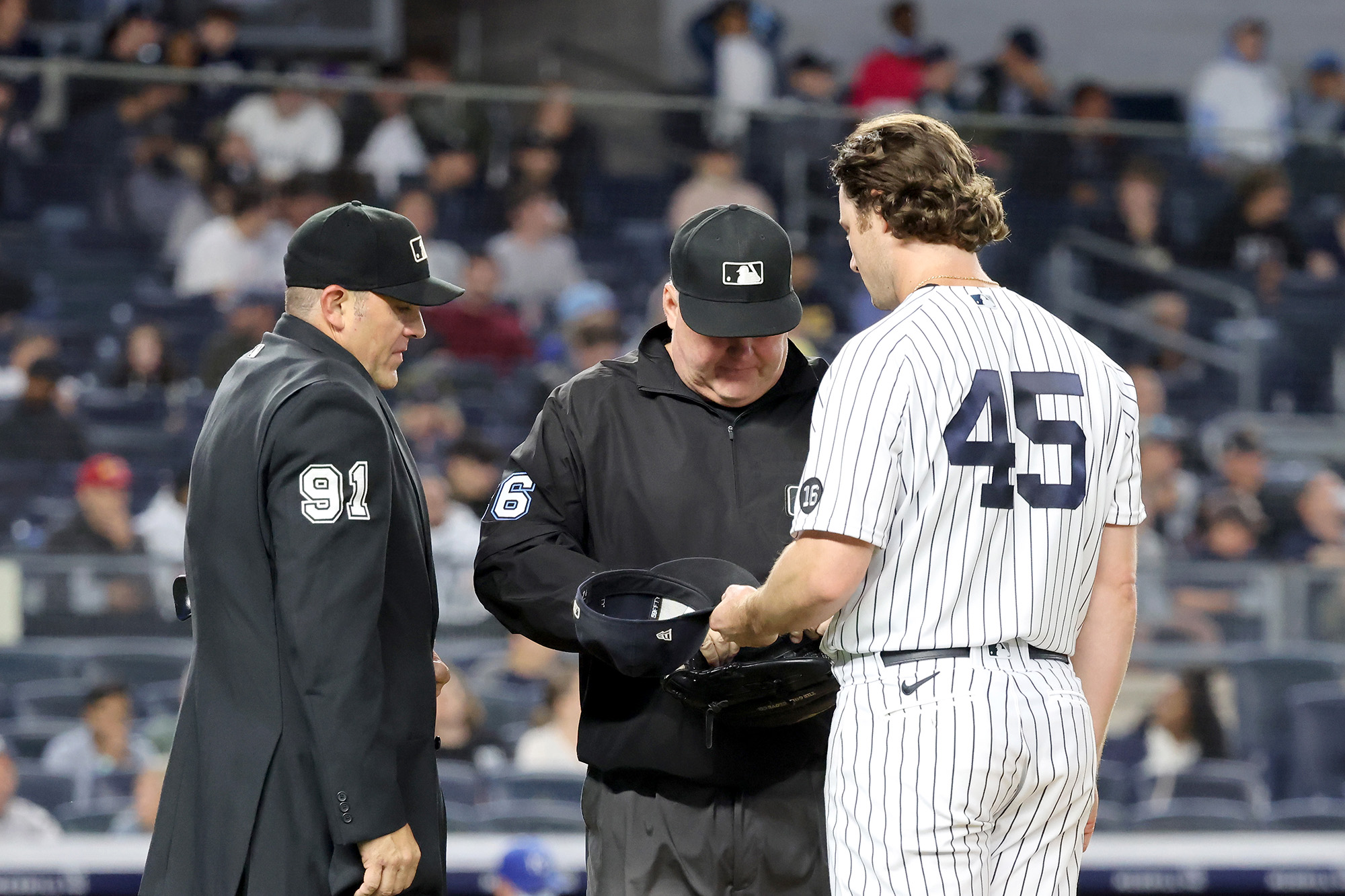 The Yankees fell to the Kansas City Royals 6-5 on Tuesday night, but Gerrit Cole certainly did his part to try to lead the Bombers to a victory.

Cole went seven strong innings on the mound, limiting the Royals to just two earned runs on three hits while striking out six.

But the big story with Cole on the mound in the Bronx – and really all around baseball this week – was the umpires repeatedly checking for foreign substances throughout the course of the game.

Cole was checked multiple times on Tuesday, passing each inspection, but admitted afterwards that it is a strange process for all involved.

“It’s a bit awkward,” said Cole. “I don’t think it’s a super comfortable situation for anybody, but it is what it is and maybe we’ll get more comfortable with it going forward.”

Despite MLB’s new in-game checking for any sticky substances, Cole says Yankees pitchers are doing everything they can to just conduct business as usual as best they can.

“I’m just trying to adapt and adjust,” Cole said. “Obviously, with a lot on the line, I try to put location first, sequencing first. When it’s all said and done, we’re just looking to collect outs…

“Still definitely adjusting. We’re pitching well, throwing up innings, throwing up a lot of zeroes, so just keep doing what we’re doing and push on.”

And pushing on is exactly what Cole did.

With the game tied 2-2 in the seventh, Cole walked a couple of hitters, but he battled through the inning and ended up striking out a pair of Royals to keep the game deadlocked. The Yankees would score a run in the bottom of the seventh to put Cole in line for the win, but a nightmare eighth inning for Jonathan Loaisiga allowed the Royals to take the lead for good.

“I thought we were making good pitches all inning,” Cole said of his seventh. “A few deep counts and some quality pitches there 3-2, but ran the pitch count up a little bit and fortunately we were able to get out of there.

“Felt strong at the end of the game, so it was nice to get out of that unscathed.”