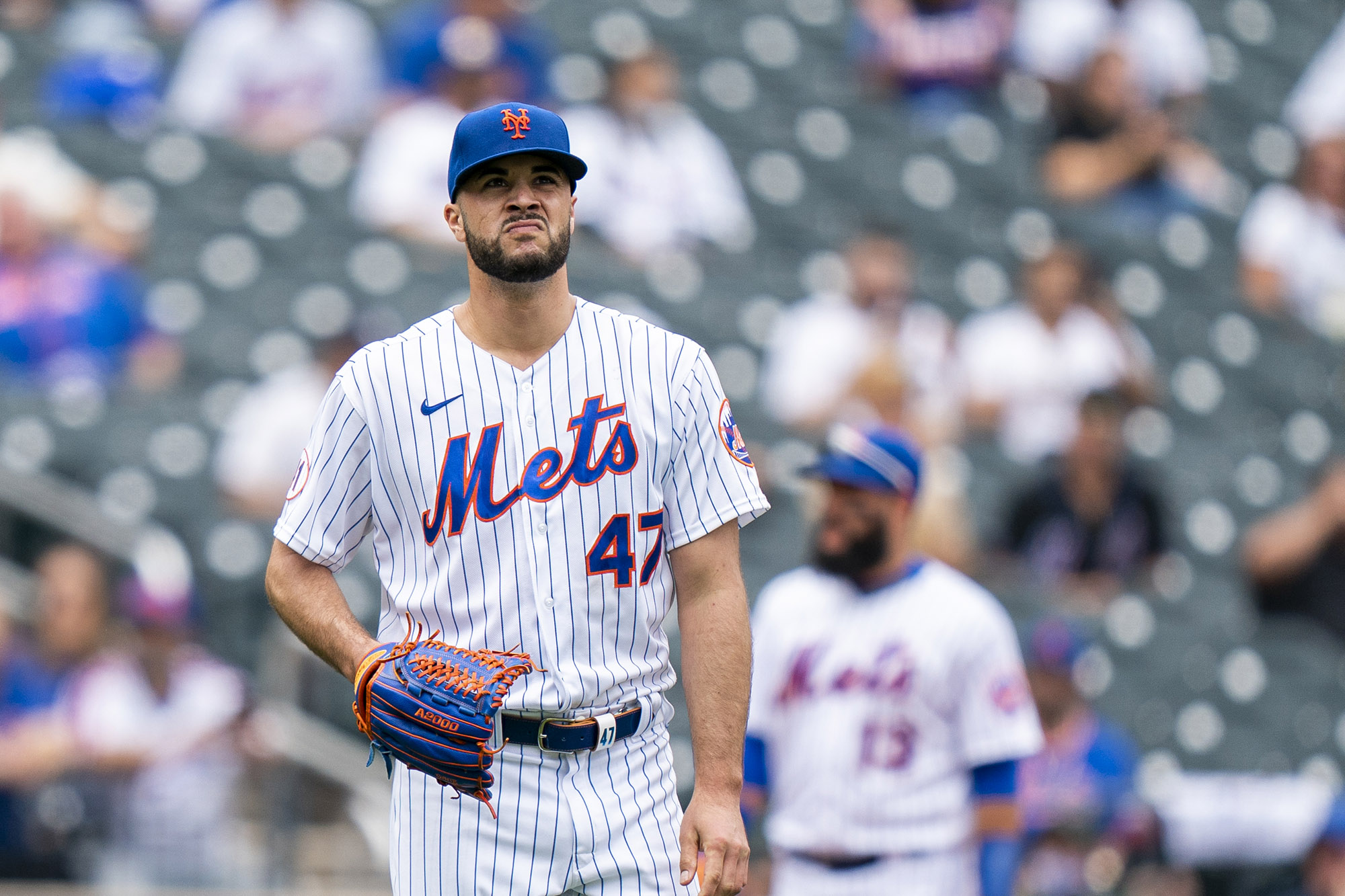 The Mets’ starting rotation suffered another significant blow this week, when an MRI revealed that Joey Lucchesi has a full UCL tear in his left elbow. A second opinion confirmed the recommendation of Tommy John surgery for Lucchesi, who will undergo that operation on Thursday.

The procedure will sideline Lucchesi for the rest of this year and likely most, if not all, of next season, as well. Tommy John surgery typically requires a rehab period of 12-18 months.

“It’s a big loss for us,” Mets manager Luis Rojas said on Monday. “A talented young kid that I think is just getting better every time he goes out there.”

A day later, Rojas added: “I think this is going to be a time of growth for him. The next thing you know, he’ll be back pitching for us, and he’ll be dealing like he was before he got this prognosis.”

The news hit during the best stretch of Lucchesi’s season, which included a 1.19 ERA over his past five starts. Following his most recent outing, in which he delivered 5 1/3 shutout innings on Friday, Lucchesi complained of left elbow soreness. The Mets subsequently placed him on the injured list and scheduled him for an MRI. Only Monday did team officials learn of the torn ligament — an injury that almost always requires Tommy John surgery when significant.

Lucchesi sought a second opinion simply to be certain.

“He’s got a full tear, so it was pretty cut-and-dry that he needs TJ,” general manager Zack Scott said.

Overall, Lucchesi was 1-4 with a 4.46 ERA in his first season with the Mets, who acquired him from the Padres in a three-team deal last winter.