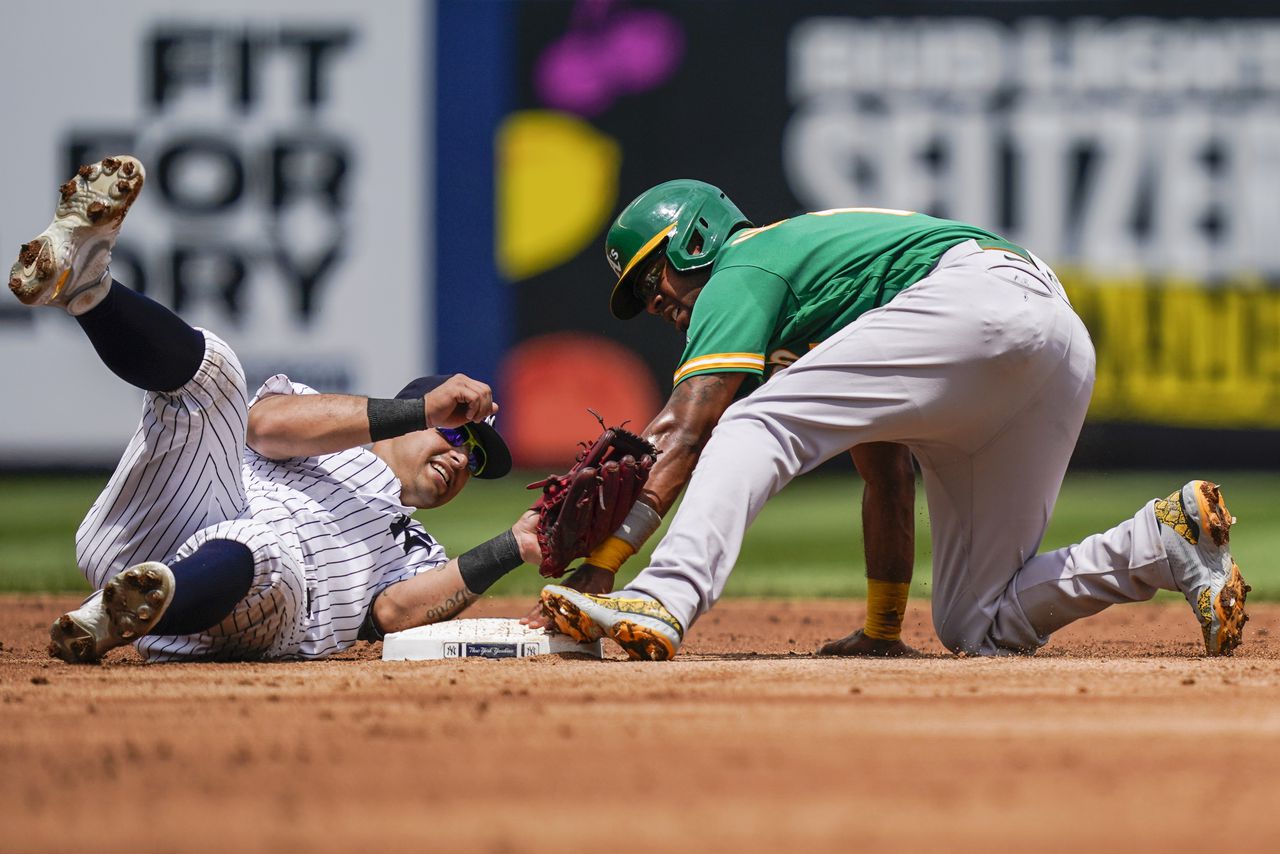 Gio Urshela’s bat shattered on a second-inning double-play ball, a painful splinter landing in the infielder’s left eye. He jogged back on the field after a brief delay — and that was a good thing for the Yankees, because he delivered good wood when they needed it most.

Urshela barreled a fastball onto the netting that covers Monument Park in the eighth inning on Saturday, rounding the bases for a go-ahead homer that capped the Bombers’ late comeback in a 7-5 victory over the Athletics on Saturday afternoon at Yankee Stadium.

The decisive shot off Jesús Luzardo landed two innings after Gary Sánchez slugged his fifth home run in his past 10 games. That halved the deficit, setting the stage for two of the biggest Bombers to deliver clutch seventh-inning knocks.

New York was 1-for-12 with runners in scoring position before Aaron Judge drilled a run-scoring RBI single to center field, bringing the Yanks within one run. After Sánchez walked, Giancarlo Stanton greeted Yusmeiro Petit with an opposite-field single past first baseman Matt Olson, tying the game.

Nestor Cortes Jr. was the unsung hero out of the Yanks’ bullpen, with the left-hander providing three scoreless one-hit innings. Cortes worked in relief of Domingo Germán, who permitted solo homers to Tony Kemp and Matt Chapman through the first four frames before losing command of his fastball in the fifth.

Two singles and a walk loaded the bases for Olson, the American League’s RBI leader this month. Olson cashed a two-run single that completed the scoring off Germán, who was charged with four runs and seven hits over four-plus innings. Germán walked two and struck out six.