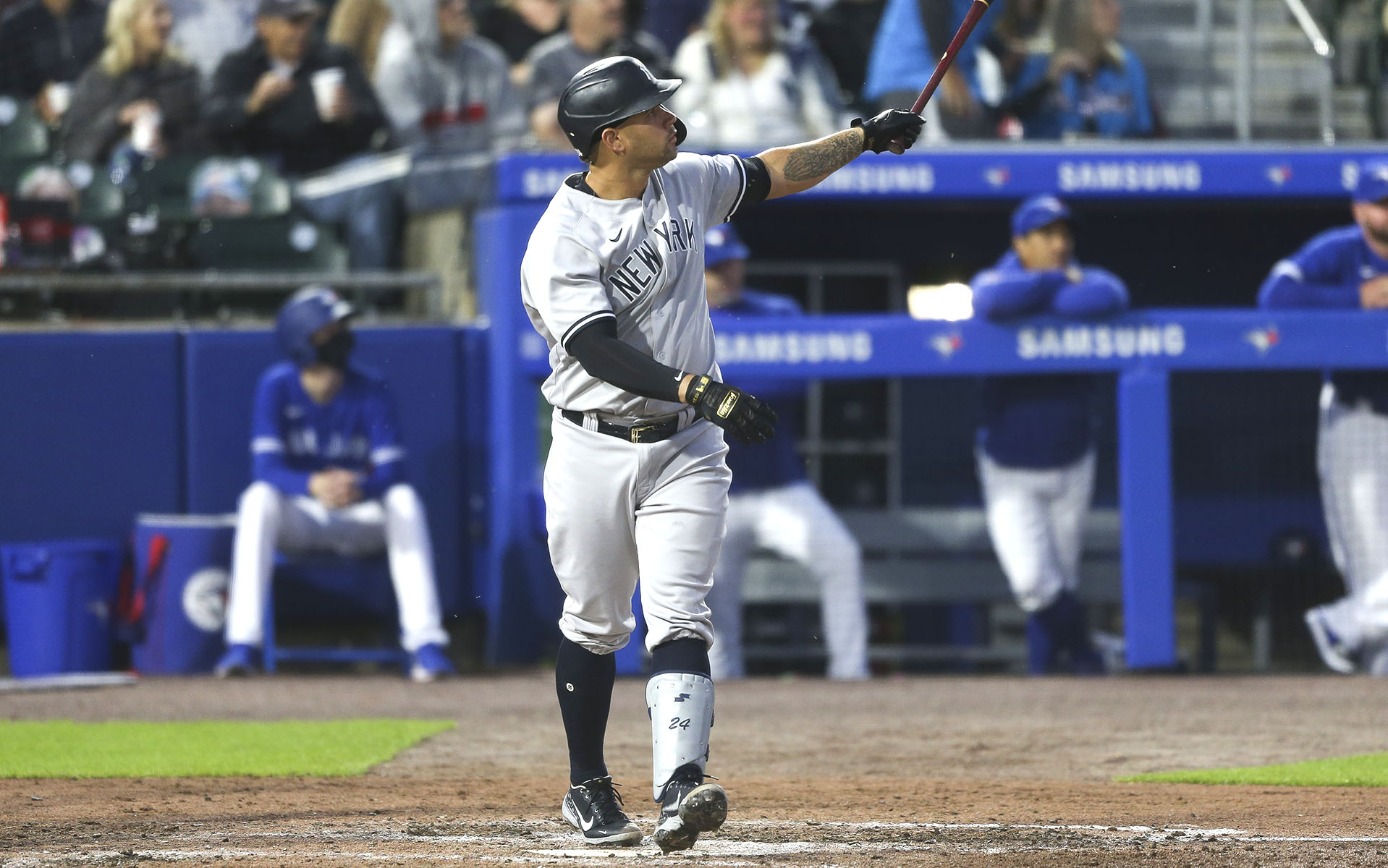 The Yankees have rolled with the battery of Gerrit Cole and Kyle Higashioka since Opening Day, acquiescing to their ace’s apparent comfort level with the backup catcher. Gary Sánchez’s sizzling bat may force them to rethink that strategy.

Sánchez came off the bench to deliver a go-ahead, two-run homer in the seventh inning, powering the Yankees to a 3-2 victory over the Blue Jays on Wednesday evening at Sahlen Field in Buffalo, N.Y. Sánchez has 11 hits in his last 31 at-bats (.355) with four homers and nine RBIs.

The blast off Toronto starter Ross Stripling came at an opportune time for Cole, who held the Blue Jays to Marcus Semien’s leadoff homer and a Cavan Biggio solo shot in the fifth.

Leaning upon his changeup to overcome a spin rate deficiency on his fastball and curve — a stat monitored in the wake of MLB’s upcoming crackdown into “sticky stuff” — Cole scattered four hits, walking one and striking out four.

New York’s bats were held in check by Stripling, who navigated a bases-loaded, none-out jam in the first inning by yielding only a Giancarlo Stanton sacrifice fly. Stripling retired 13 consecutive batters after that, pitching scorelessly until Sánchez cleared the left-field wall.

Aroldis Chapman navigated out of two-on, none-out jam in the ninth inning for his 14th save of the season.