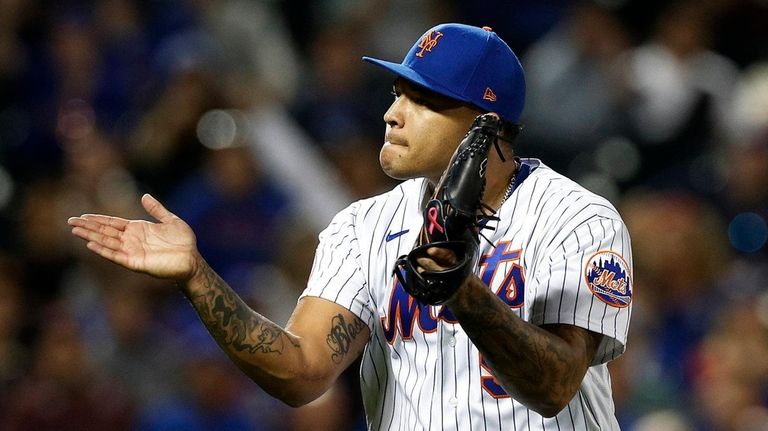 As the last of Taijuan Walker’s 12 strikeouts zipped back across the inside corner of the strike zone, freezing Rafael Ortega in the left-handed batter’s box, Walker punched his glove animatedly with his fist. Walker had enjoyed nights like this before as a Met on his path to becoming one of the game’s most consistent starters. But Tuesday night was perhaps his most dominant best.

Twelve strikeouts marked a career high for Walker, who had never accomplished that sort of thing even in his younger days before Tommy John surgery. Now a crucial part of New York’s rotation, Walker relied on a devastating two-seam fastball to neutralize Chicago’s lefty hitters in a 3-2 win over the Cubs at Citi Field. Pete Alonso drove in three runs for the Mets and Walker did the rest, walking no one and allowing only two runs over seven innings.

Walker did run into some early trouble, when the first two batters of the game reached base against him. But he struck out three others that inning to strand the bases loaded, then punched out two more Cubs in the second. After caving for his only two runs on a 109-mph Javier Báez homer in the third, Walker retired 14 of the final 15 batters he faced.