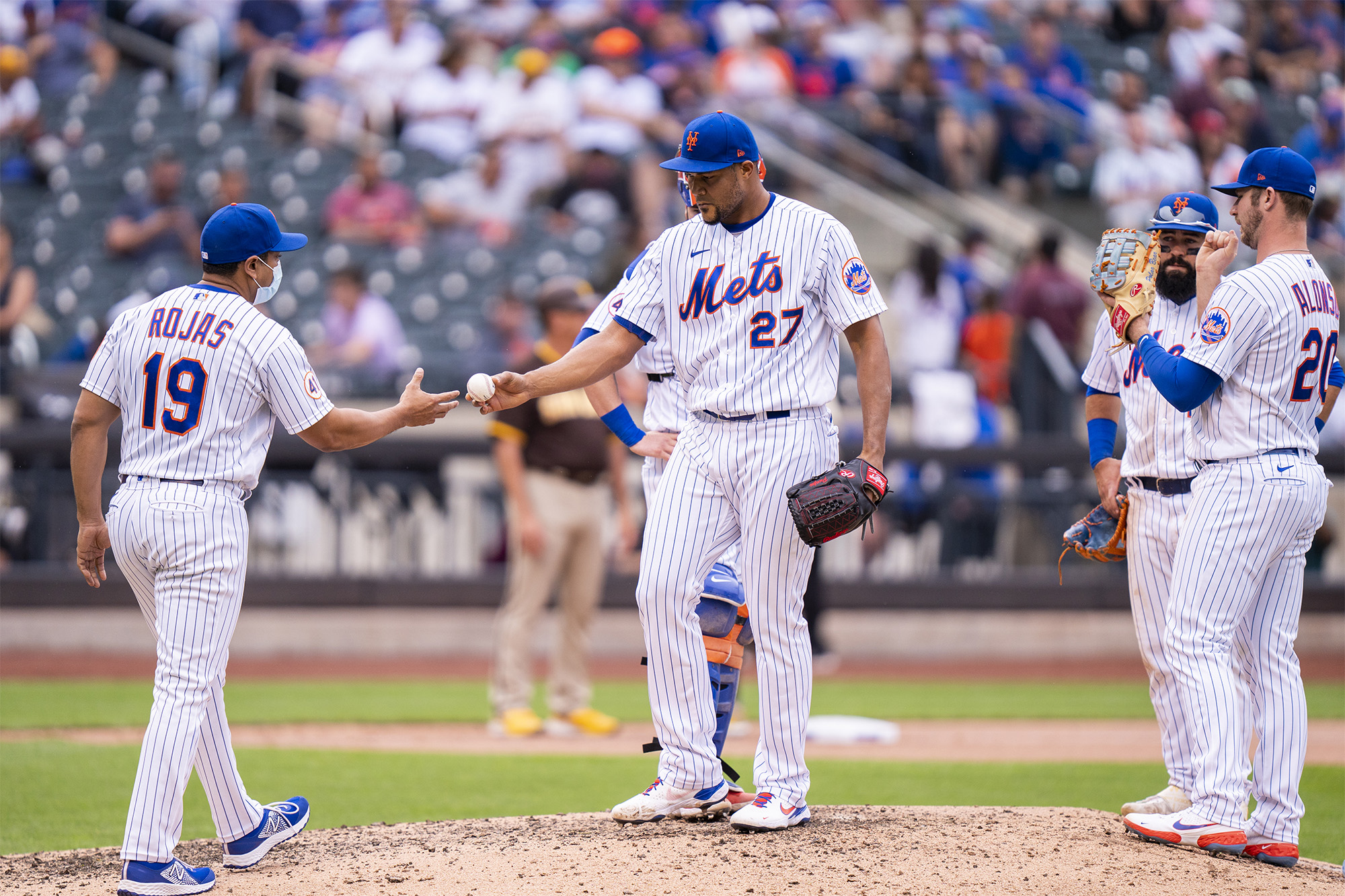 With each pitch, it became increasingly clear that Jeurys Familia was losing steam. Familia had been excellent in the sixth inning on Sunday, allowing the Mets to maintain a one-run lead over the Padres. But the seventh was different. Just that quickly, Familia lost the strike zone, with ball after ball flying not particularly close to it.

As Familia labored, manager Luis Rojas remained immobile by the dugout steps. Murmurs rippled through the crowd as Jurickson Profar battled back from a 1-2 count to draw the second walk of the inning. Still Rojas did not move. Only after Familia followed with a bases-loaded, game-tying, four-pitch walk to Tommy Pham did the manager finally relent, calling on Jacob Barnes — not one of the Mets’ high-leverage relievers — to face Fernando Tatis Jr.

Tatis promptly hit a grand slam to sink the Mets in a 7-3 loss at Citi Field.

“It was a tough game today,” Rojas said. “We feel that we can do this, we can bridge with that plan, using Familia for two [innings]. … It was a tough one.”

Rojas was trying to strategize despite his heavy recent reliance on Seth Lugo (three straight games), Edwin Díaz (two in a row) and Aaron Loup (two), all of whom were potentially unavailable. The Mets were also perhaps without Miguel Castro, who hasn’t pitched since leaving Friday’s game with a minor neck injury.

Despite all that, Rojas had at least three ways to avoid the matchup — Barnes vs. Tatis, an early National League MVP Award favorite — that beat the Mets.