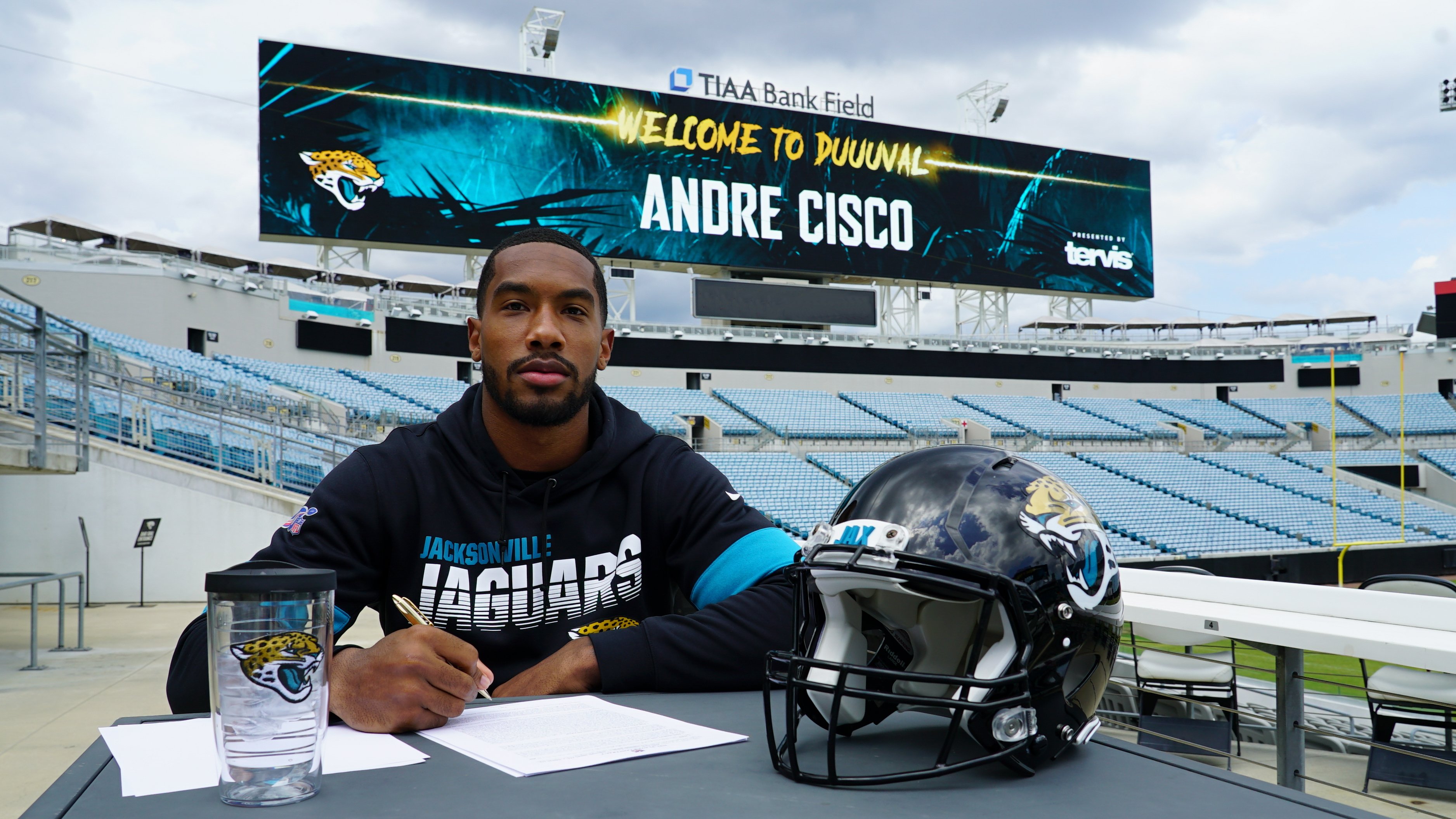 Andre Cisco is officially a member of the Jacksonville Jaguars.

The former Syracuse defensive back signed his rookie contract with the franchise Thursday afternoon, the team announced in a press release.

The length of the deal is for four years, according to NBC Sports.

During his three seasons at Syracuse, Cisco compiled 136 tackles (94 solo), with 29 passes defensed and 13 interceptions through 24 games. He also forced two fumbles to go along with a fumble recovery.

Cisco suffered a season-ending knee injury before the Orange’s home opener against Georgia Tech after colliding with a teammate in pregame warmups. He forwent the final eight games of the season and announced in October that he would declare for the draft.

The Jaguars have now signed five of their nine draft selections. Former Clemson quarterback Trevor Lawrence (No. 1 overall pick), and running back Travis Etienne Jr. (No. 25 overall pick) have yet to sign their rookie deals.

Cisco was one of four Syracuse players to either be drafted or sign a free agent contract with an NFL team.

Orange defensive back Ifeatu Melifonwu was also taken in the third round of the draft by the Detroit Lions. Syracuse safety Trill Williams was picked up off waivers by the Miami Dolphins shortly after being released by the New Orleans Saints, who also signed Orange punter Nolan Cooney as an undrafted free agent.