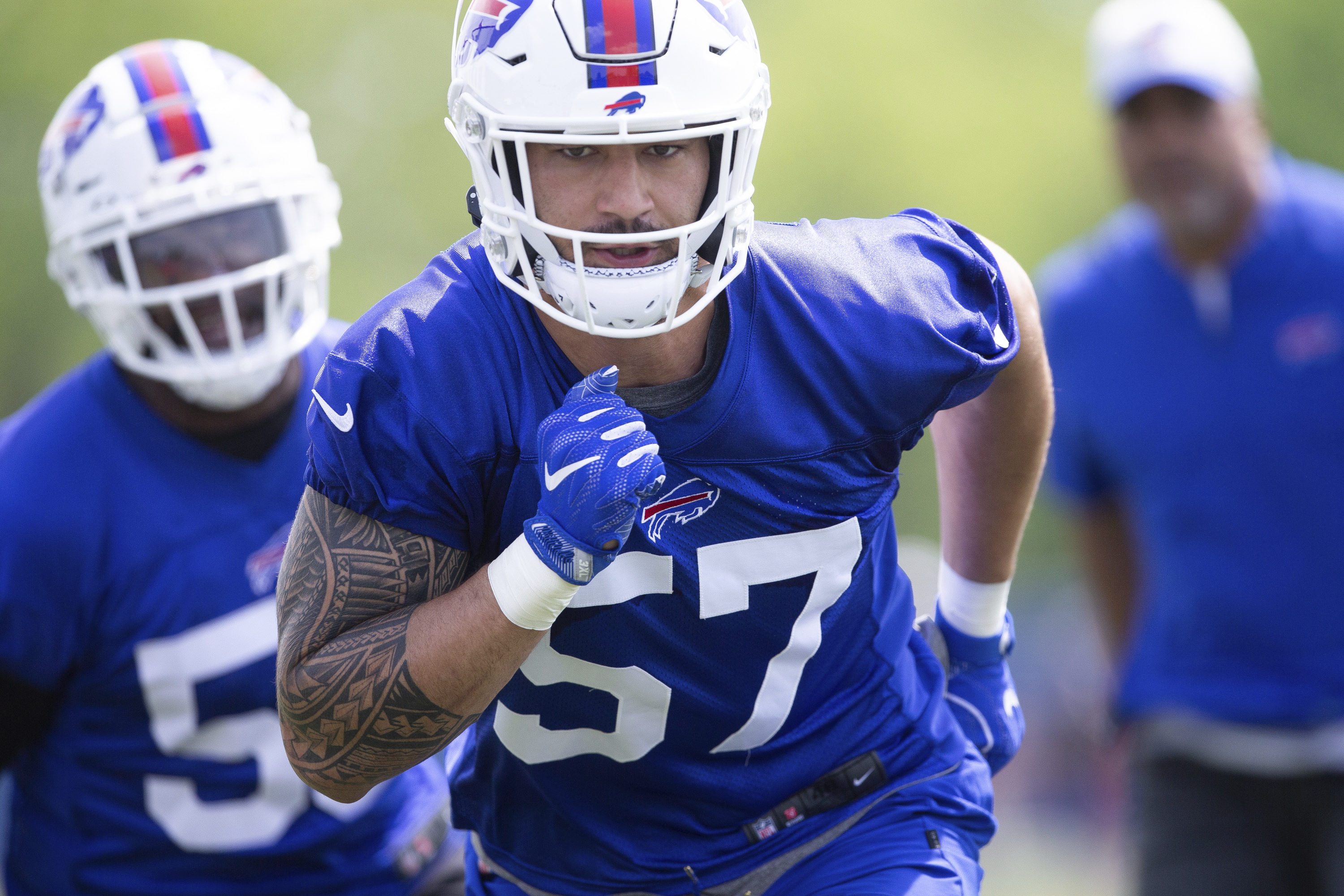 A rare scuffle broke out during an organized team activity after second-year defensive end A.J. Epenesa intercepted quarterback Josh Allen at the line of scrimmage and returned the ball for a touchdown. That didn’t sit well with guard Jon Feliciano. The two exchanged words before Epenesa fired the ball at Felciano, who responded by appearing to throw a punch before teammates swarmed in to break things up.

Such dustups are common during training camp, but it was a bit unusual to see one of them in the spring, when players are not in full pads and an emphasis is more on installation of plays rather than execution.

“This hasn’t been my first scuffle in practice,” Feliciano said during an appearance later Tuesday on the Pat McAfee Show podcast. “Everyone knows around there, we’re trying to work. There’s no animosity between me and A.J. I mean, that crap was done right when we walked off the field. Iron sharpens iron, and trying to get him better.”

The Bills have two more OTAs this week, then a three-day, mandatory minicamp next week before they take a break for summer.

“Any time you have guys out here who take so much pride in what they’re doing, it gets a little competitive out there,” defensive tackle Harrison Phillips said of the scuffle. “Obviously, we all know what the tempo is and what’s really happening right now in early June. But at the same time, tempers flare and there’s sometimes a boiling point and this guy’s going a little harder than this guy. That’s just things that come with the game, but that’s also what brings people together. Brothers fight all the time, but they love each other 100%. It’s just football, nothing unexpected. It’s just NFL football.”