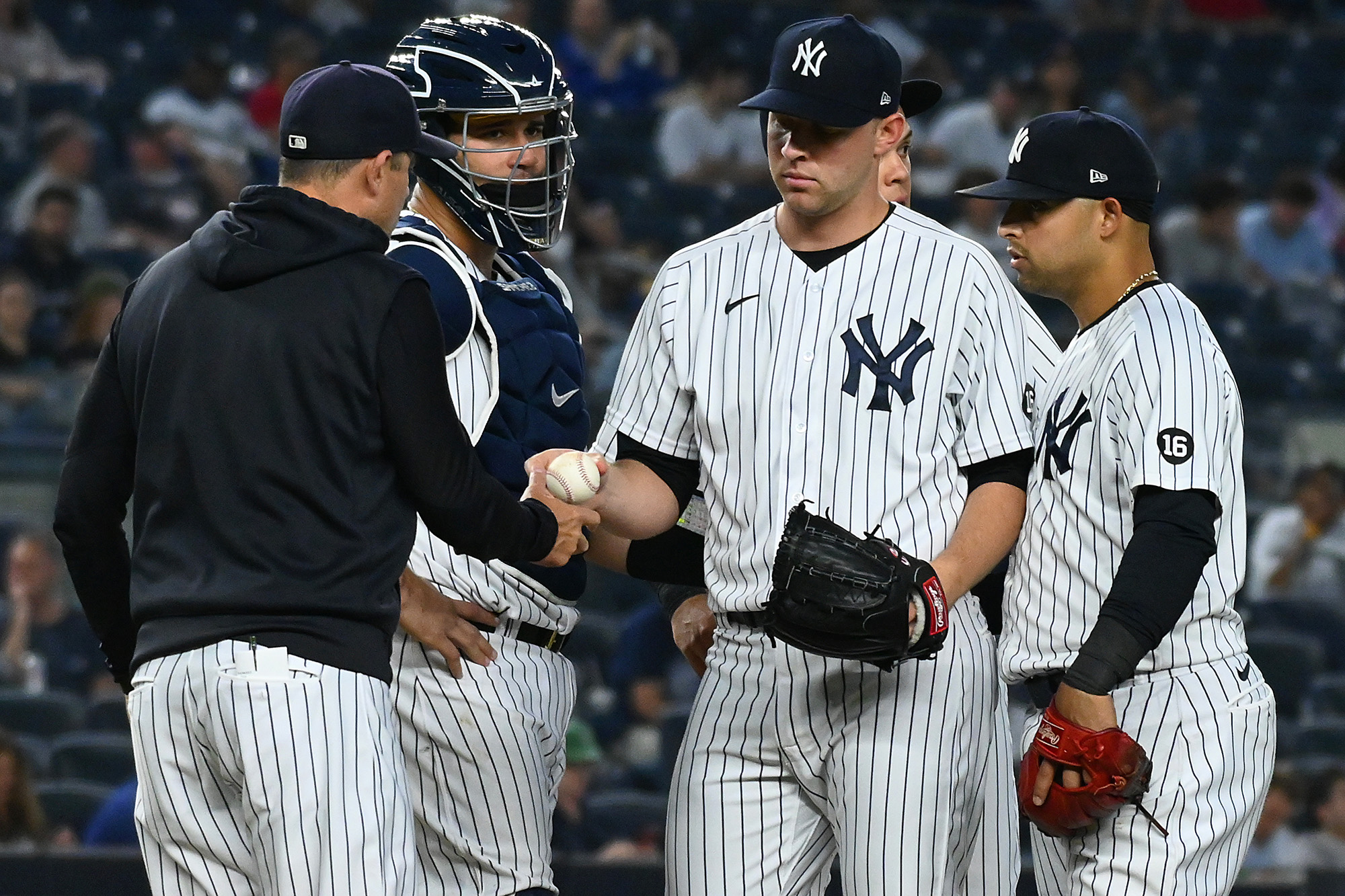 It is a series that has been circled on the Yankees’ calendars for months, according to Aaron Judge, who said that the long wait to restart the rivalry built anticipation to once again host the Red Sox in front of a loud Yankee Stadium crowd.

Judge belted an opposite-field homer in the sixth inning, but otherwise, the Yankees’ offense failed to show up in a 5-2 loss to the Red Sox on Friday evening in the Bronx. The Yankees have lost eight of their last 11 games, including three of five during this “rivalry week” against American League East opponents.

As Nathan Eovaldi blanked his former club through the first five innings, Michael King performed serviceably on the opposite side of the matchup. King was hurt early, grooving an 0-2 fastball to Rafael Devers in the first inning for a three-run home run, then settled in.

Marwin Gonzalez added a two-run double against reliever Lucas Luetge in the sixth. The Yanks answered in the home half of the sixth, as Judge homered after Giancarlo Stanton hit into the Bombers’ Major League-leading 54th double play.

Two hits and a double-error on the first baseman Gonzalez allowed Gio Urshela to score New York’s second run. The Yankees have won 17 of their last 20 games against the Red Sox, including a 9-1 mark against them last season. Boston had lost 11 straight at Yankee Stadium.