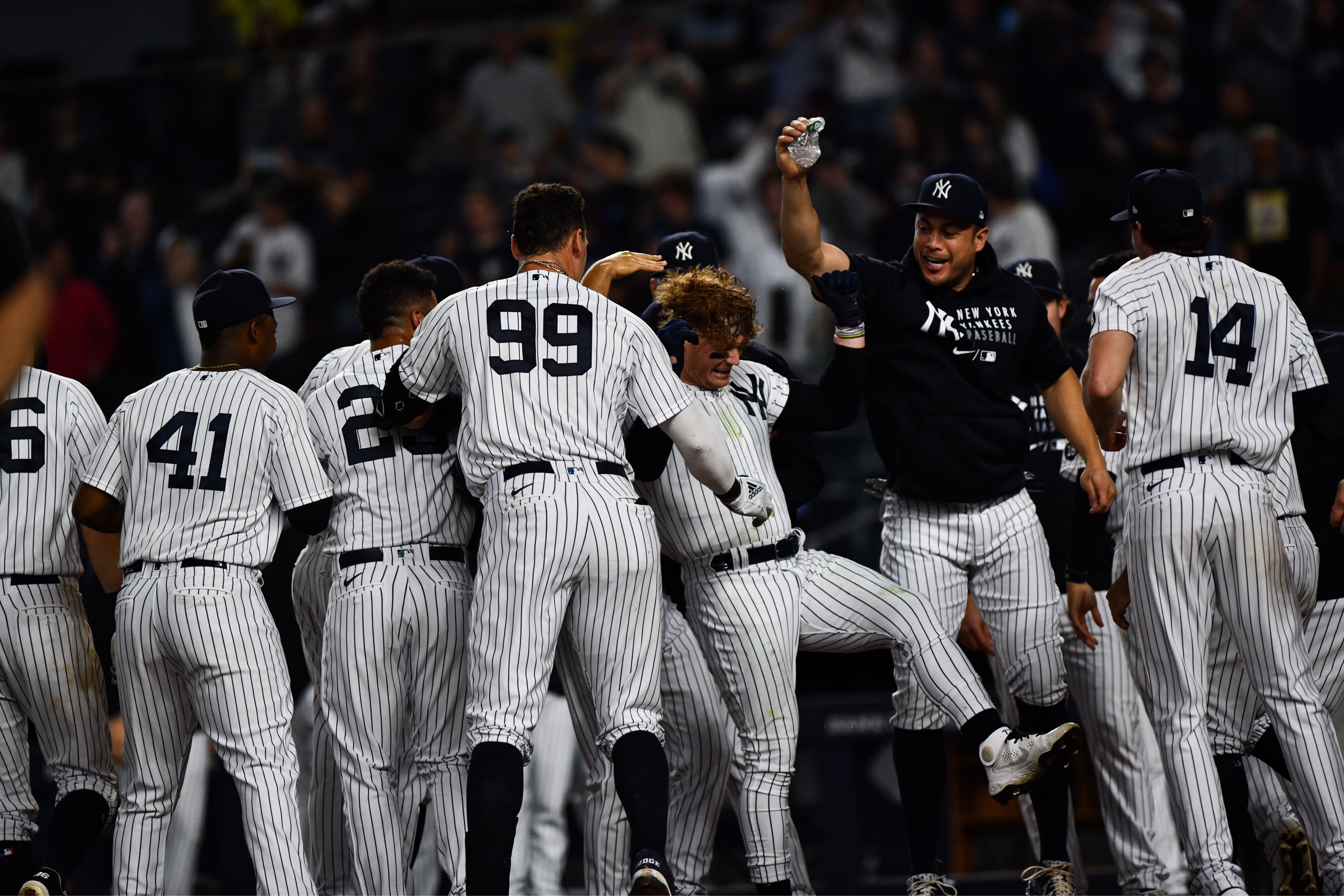 Clint Frazier gave the Yankees exactly what they needed — twice.

The outfielder raced to glove an eighth-inning fly ball with a dive in right field to save a run, then rounded the bases for a walk-off two-run homer, lifting the Yankees to a 5-3, 11-inning victory over the Rays on Tuesday at Yankee Stadium.

Jogging down the third-base line, Frazier tossed his helmet as though he were making a jump shot, then was enveloped by his teammates as the Yankees celebrated their fifth walk-off win of the season. New York’s bullpen combined for six scoreless innings behind starter Domingo Germán, with Luis Cessa picking up the victory.

The Yankees were in familiar territory early, watching Austin Meadows’ two-run homer put them down before a turn at bat, but they scraped for three runs against Rays starter Tyler Glasnow.

New York tied the game in the third as Aaron Judge worked a bases-loaded walk and DJ LeMahieu alertly raced home on a wild pitch, then took the lead in the fourth as Miguel Andújar cleared the right-field wall for his second homer in as many games.

That advantage lasted all of four minutes, as Kevin Kiermaier connected for a game-tying home run off Germán.

Gary Sánchez had an eventful game. The Yankees catcher caught Meadows wandering off first base in the sixth, helping to short circuit a Tampa Bay threat, then made the team’s Major League-leading 27th out on the bases in the seventh by trying to advance from second base to third on a ground ball in front of him.