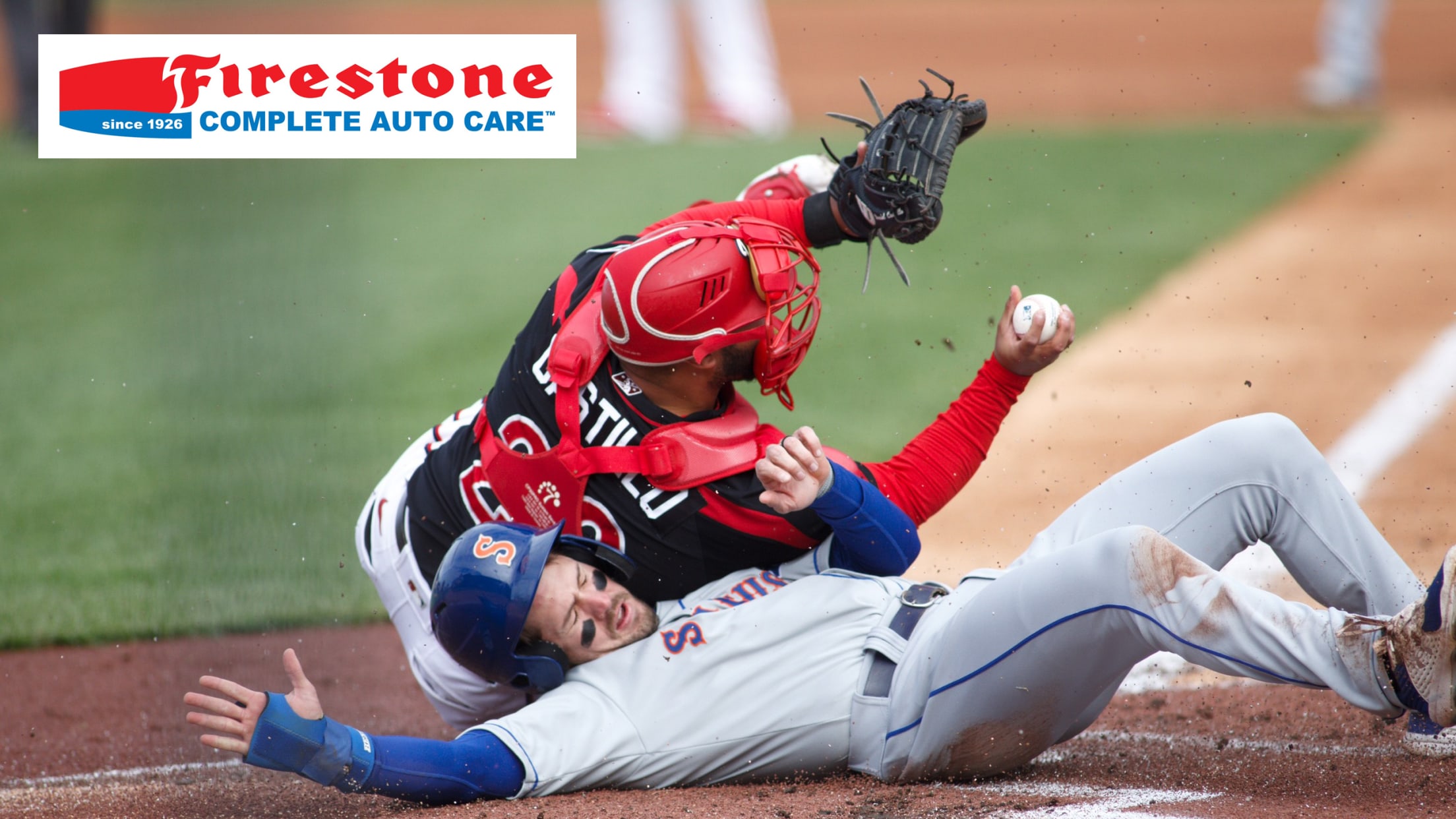 The Syracuse Mets swept the Rochester Red Wings in a doubleheader on Saturday evening at Frontier Field with the Mets winning game one, 10-1, and taking the second game, 2-0. Game one featured six of Syracuse’s ten runs coming on home runs, and in game two, Franklyn Kilomé came one out away from a no-hitter. Both games were seven innings long as doubleheaders in the minor leagues are two seven-inning games instead of two nine-inning contests.

In game one, Syracuse (7-16) got off to a great start in the top of the first inning, scoring two runs. Mason Williams led off with a double and eventually came home on a fielder’s choice to give Syracuse a 1-0 edge. Later in the inning, a wild pitch from Rochester starter Tyler Eppler scored Elizalde, which put the Mets up 2-0.

Rochester (6-17) responded in the bottom of the first. With one out and Adrian Sanchez at second, Jake Noll singled to score Sanchez and cut the Syracuse lead to one, 2-1.

What proved to be the turning point in game one, however, was the third inning. Syracuse scored six runs, the most runs the Mets have put on the board in a single inning all season. With Elizalde at third base and Quinn Brodey at first, Brodey stole second base, and an errant throw by the catcher allowed Brodey to move to third and Elizalde to score to make it a 3-1 game. After Drew Jackson walked, Drew Ferguson singled to right field, scoring Brodey for a 4-1 Mets advantage. An intentional walk loaded the bases, and two batters later, Williams launched a grand slam over the right-field wall to break the game wide open and give Syracuse an 8-1 lead.

The homers stole the show, but starting pitcher Thomas Szapucki tossed a gem on the mound. The left-hander went four innings, allowing one unearned run on five hits while striking out three. Szapucki’s ERA is now down to 2.12 in four appearances this season.

In game two, Syracuse scored the game’s first run in the top of third inning. With two outs, Drew Jackson homered over the left-field wall to give Syracuse a 1-0 lead.

The Mets added a run in the fifth. With one out, Jackson doubled. Then, David Thompson followed with a double to the left-field corner to score Jackson and extend the Syracuse advantage to 2-0.

Syracuse starting pitcher Franklyn Kilomé turned in an absolutely brilliant performance on the mound. The 25-year-old right-hander threw six and 2/3 innings of no-hit baseball before surrendering a hit to Tres Barrera with two outs in the bottom of the seventh inning, coming just short of throwing the 19th no-hitter in Syracuse professional baseball history.

In the bottom of the seventh inning, Kilomé punched out Daniel Palka and Daniel Snyder. One out away from the no-hitter, he threw a first-pitch ball to Barrera. The second pitch of the at-bat ended the no-no hopes as the Rochester catcher hit a single through the right side into right field. Syracuse still only led by two runs, so Rochester had the tying run at the plate, but Kilomé struck out Rafael Bautista to complete the one-hit shutout for Kilomé’s first career Triple-A win which included seven strikeouts.

After winning back-to-back games for the first time all season, Syracuse will go for the series win on Sunday afternoon. First pitch from Frontier Field is at 1:05 PM.