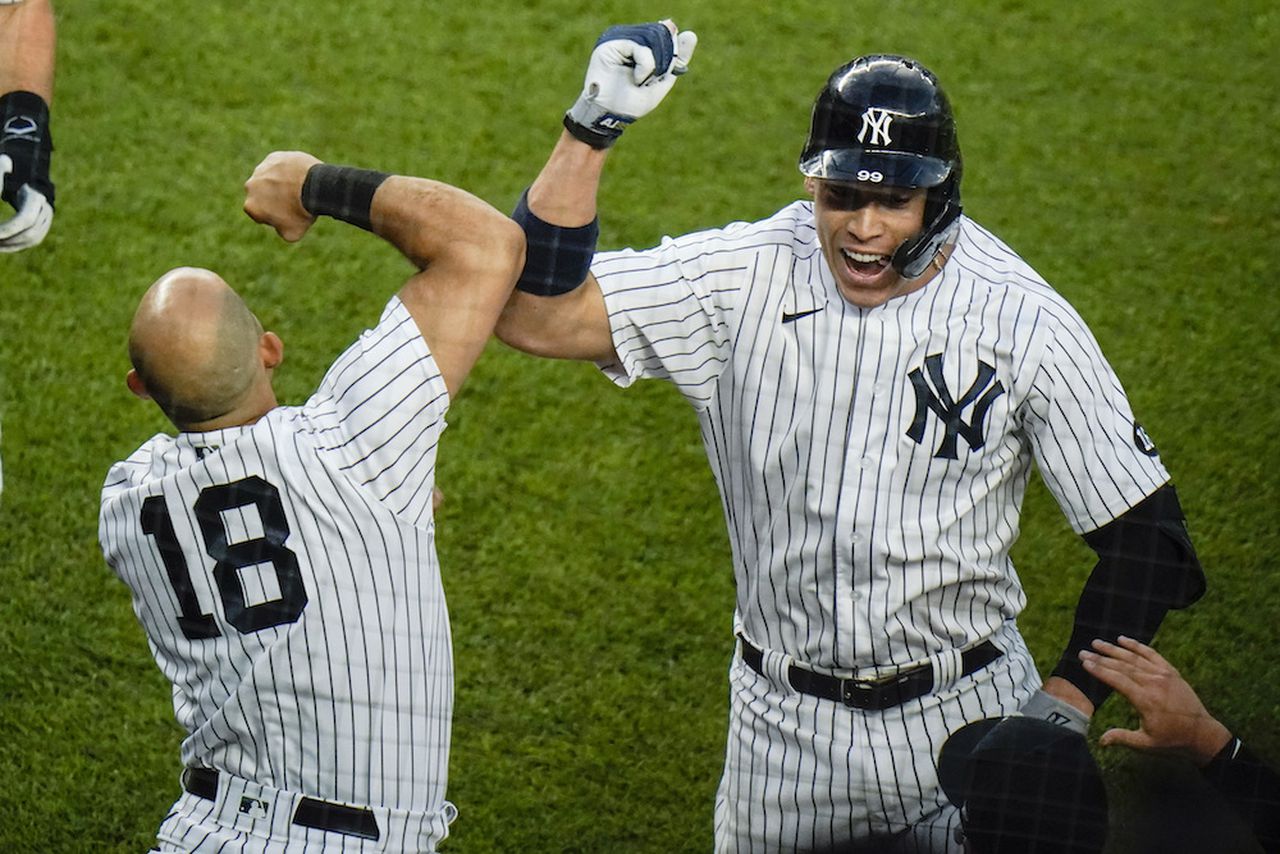 Their offense gasping for production, the Yankees offered Aaron Judge a green light to swing on a 3-0 count, inviting the slugger to tee off on any pitch to his liking. There was one, and he sure did.

Judge rattled the glass windows of the restaurant over Monument Park in the third inning on Thursday evening, mashing a 440-foot two-run homer as part of a three-RBI performance. Gary Sánchez also went deep in the Yankees’ 5-3 victory over the Blue Jays, securing a split of a seven-inning doubleheader at Yankee Stadium.

Gio Urshela also drove in a run to support Yankees starter Jordan Montgomery as the Bombers bounced back from being held to two hits in the opener of the twin bill, a 2-0 loss that featured the Major League debut of promising Toronto right-hander Alek Manoah.