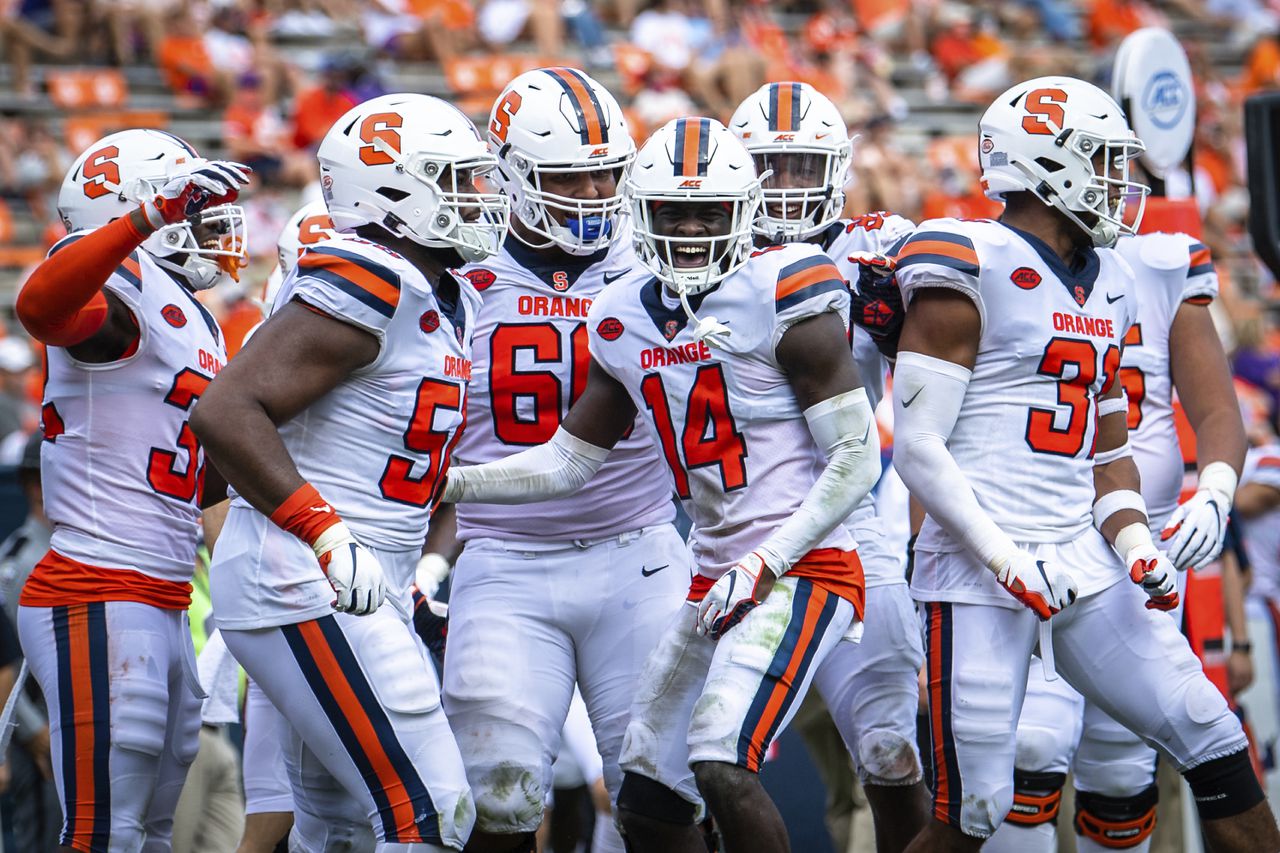 Kick times and television networks have been announced for five of Syracuse’s 12 games, including four of the Orange’s seven home dates.

The Orange will open the season with a night game, as CBS Sports Network will broadcast Syracuse’s opener at Ohio at 7 p.m. ‘Cuse’s opener mirrors the 2018 campaign, when the team opened the year on the road at another MAC school in Western Michigan. SU went on to a 10-3 season. This will be the first meeting between the Orange and Bobcats.

Syracuse’s home opener vs. Rutgers will be a 2 p.m. kickoff. That game will be shown on ACC Network in a reunion of old BIG EAST rivals. Syracuse owns a 30-12-1 record all time against the Scarlet Knights, most of the series’ history comes between 1980-2012 when the teams met annually.

Syracuse will host another first-time opponent a week later vs. UAlbany. That game will be a Noon matchup on ACC Network.

The Orange’s non-conference slate concludes the following Friday when they host Liberty. That game will kickoff at 8 p.m. The Flames are coming off a 10-1 season a year ago that saw them finish the year ranked No. 17 in the final AP Poll. They’re one-of-two top-20 opponents from 2020 that are set to visit the Dome on a Friday night this fall.

Syracuse’s other Friday night game comes against defending ACC Champion Clemson in a 7 p.m. kickoff slated for ESPN. The Orange hope to continue its success in Friday night games under head coach Dino Baber’s. ‘Cuse is 6-3 in such contests under Babers and have won 15 of their 21 Friday night matchups in the last decade.

Kick times and television networks for the remaining seven contests will be announced 12 days prior to each game.

Tickets for next season’s seven-game home schedule start at $100 for Syracuse University Young Alumni (Class of 2017 to Class of 2021 graduates) and $125 for the general public. Tickets can be purchased at Cuse.com/Tickets and by phone at 888-DOME-TIX.