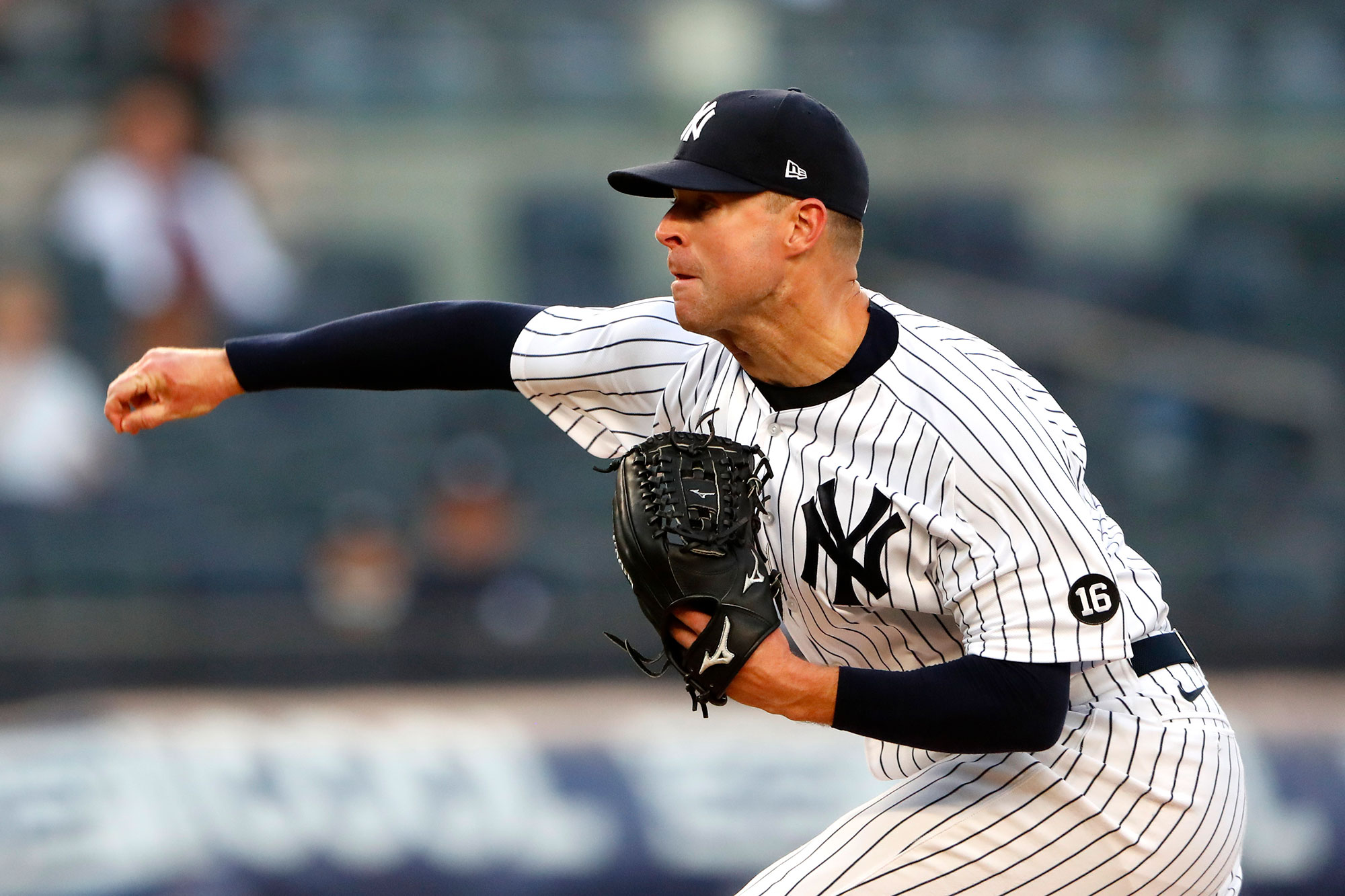 Corey Kluber became “part of forever” in his previous start, putting the finishing touches on the Yankees’ first no-hitter since 1999. The right-hander’s fortunes plunged abruptly on Tuesday evening, lifted early from a 6-2 loss to the Blue Jays at Yankee Stadium.

Vladimir Guerrero Jr. hit a two-run homer in the third inning off Kluber, snapping a scoreless streak by Yankees starting pitchers at 37 1/3 innings — a streak that began with Kluber’s gem against the Rangers in Arlington last Wednesday. Kluber walked three and struck out five.

Losing Kluber for a significant period would be a blow to the Yankees, who have enjoyed exceptional pitching of late. Before Tuesday’s game, Bombers starters had tossed at least five scoreless innings in five consecutive starts for the first time in franchise history. Kluber has a 3.04 ERA across 10 starts.

The Yankees were stifled by left-hander Steven Matz, who permitted four singles over the first six innings before allowing a run in the seventh. Lourdes Gurriel Jr. added a solo home run in the fourth off Michael King, who tossed three innings of relief on his 26th birthday.