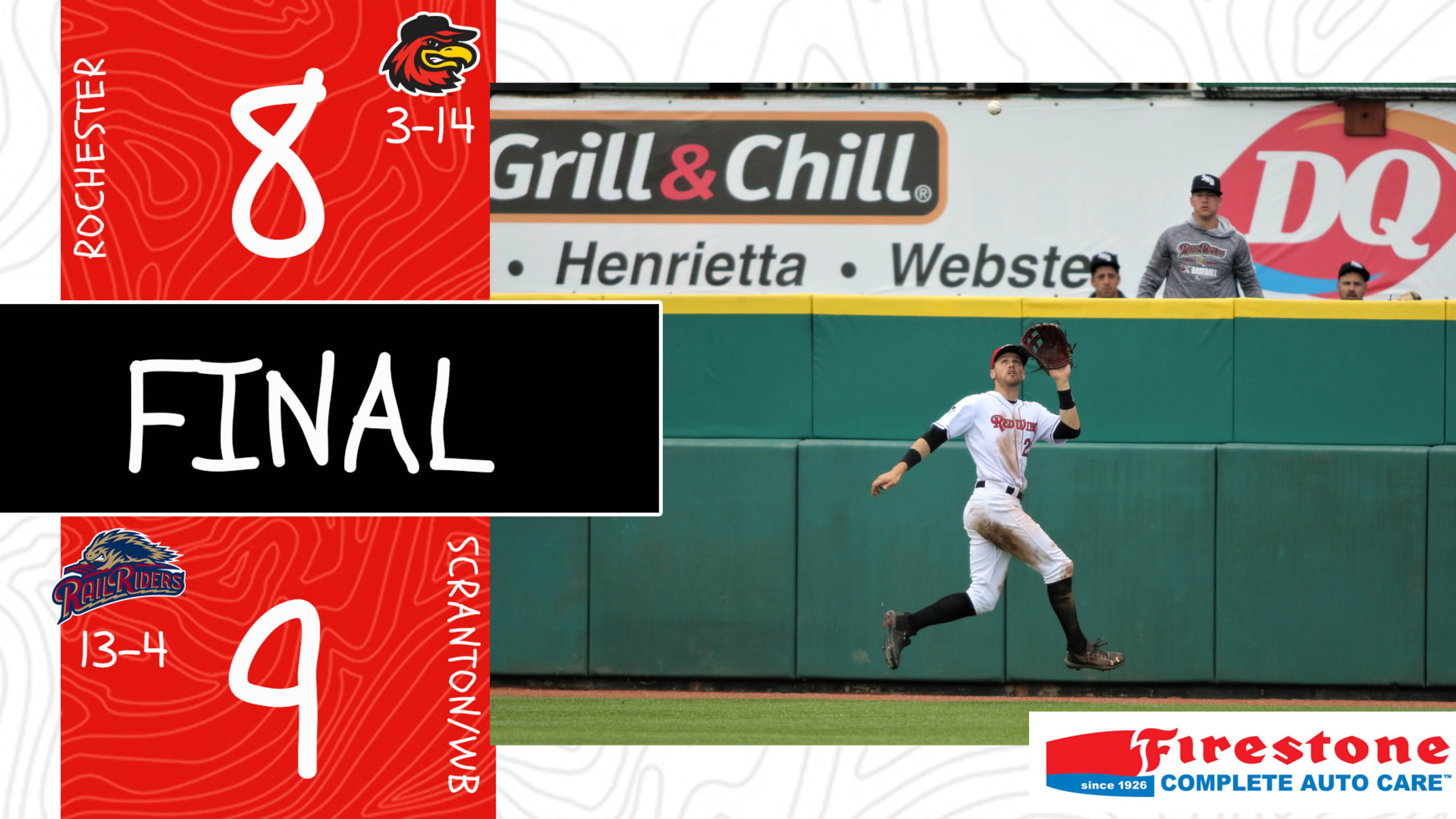 Kellin Deglan’s RBI single in the ninth inning was the difference in a 9-8 RailRiders win at Frontier Field that took four hours and six minutes to complete.

After falling behind 3-0 for a third consecutive night, Daniel Palka connected on a 459-foot homer to dead center in the second inning to put the Wings on the board.

The Red Wings tied the game at four in the third on a two-run single from Adrian Sanchez and a sac fly from Tres Barrera.

The Wings (3-14) would momentarily take the 5-4 lead in the fourth inning on an Alec Keller sac fly.

The RailRiders would answer right back with four in the sixth to take the 8-5 lead.

Back came the Wings in the seventh, as RBIs from Palka, Sanchez and Barrera tied the game at eight a side.

Palka finished a triply shy of the cycle with two RBI and three runs scored.

Tyler Eppler made the start for the Wings going 4 1/3 innings allowing four runs on seven hits and four walks.

The Wings and RailRiders wrap up their six-game series Sunday afternoon at 1:05 p.m. from Frontier Field.