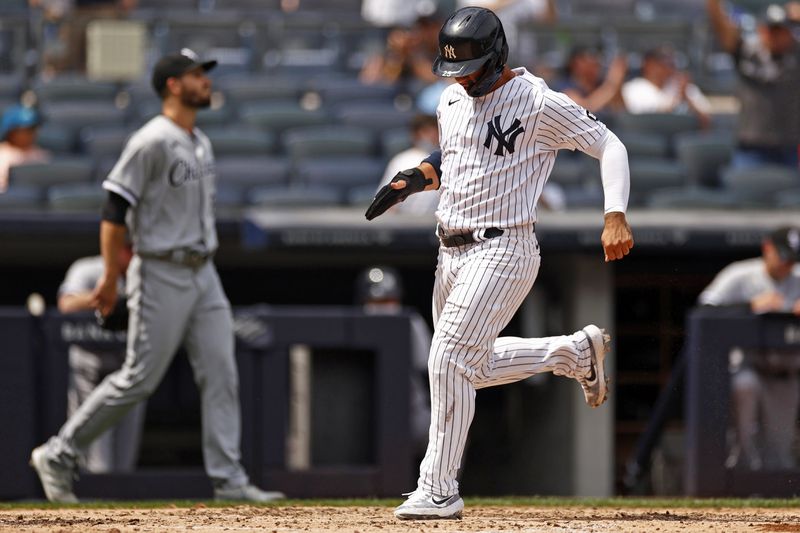 Gerrit Cole completed his afternoon by dotting the outside corner with a 100.8 mph fastball, registering his seventh strikeout and raising his right fist as he began a strut toward the dugout. The Yankees ace could be satisfied with this performance.

Cole extended the Yanks’ run of phenomenal starting pitching with seven scoreless innings of four-hit ball on Saturday afternoon at Yankee Stadium, backed by four double plays and Gleyber Torres’ four-RBI performance in a 7-0 victory over the White Sox.

Beginning with Corey Kluber’s no-hitter against the Rangers on Wednesday, the Yankees have notched four consecutive starts of seven or more innings and no runs, just the second time that the franchise has accomplished that feat (1932). Domingo Germán and Jordan Montgomery have also contributed to this stretch.

One day after driving in both runs of the Bombers’ series-opening victory, Torres continued to rake, improving to 8-for-14 with six RBIs since being activated from the COVID-19 injured list on Wednesday. Torres drove in four of the five runs charged to White Sox starter Dylan Cease, who lasted 4 1/3 innings and was hit hard his second time through the batting order.