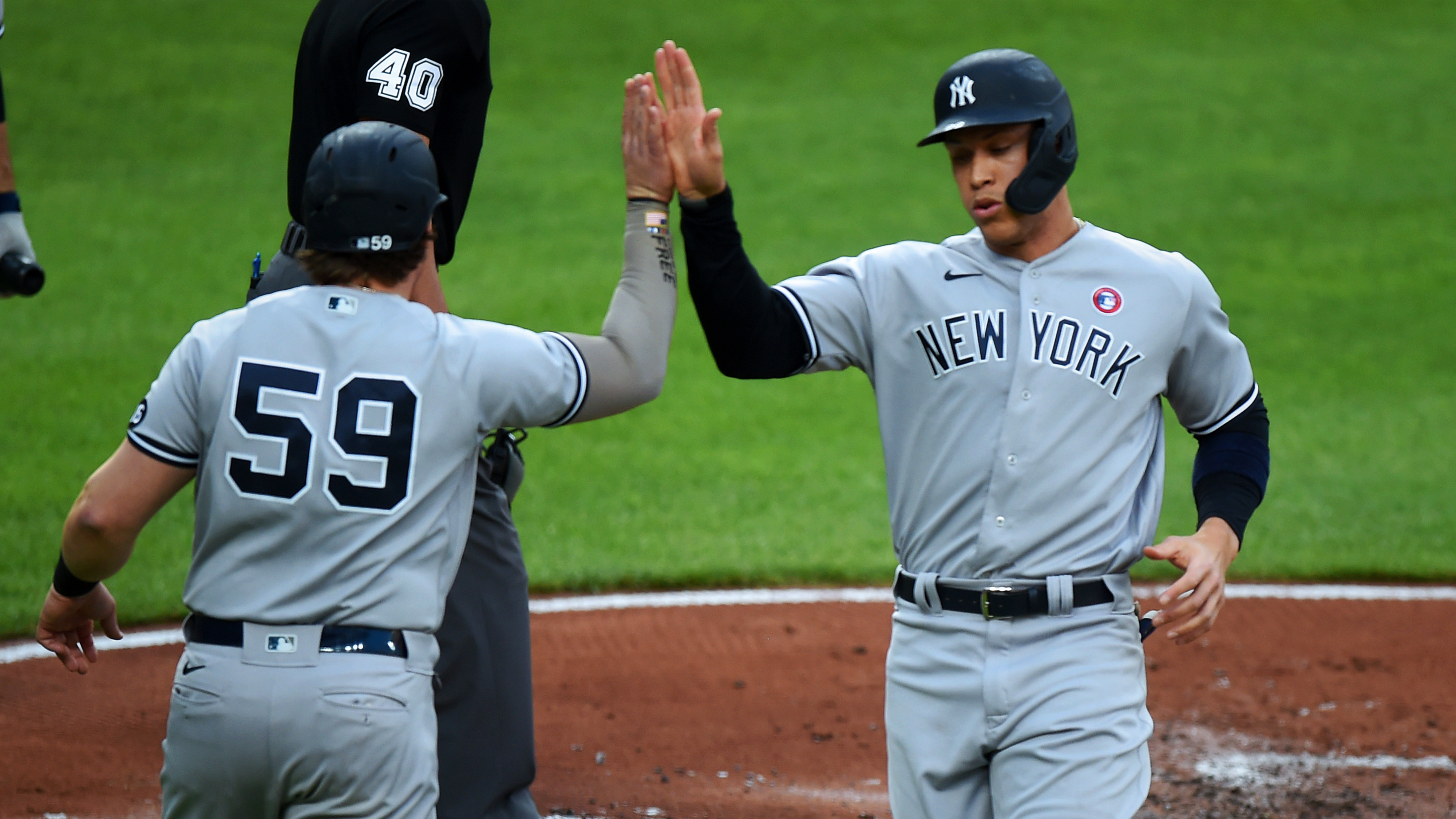 In their last series against the Rays, the Yankees scored five total runs but took two of three games due to their stellar pitching, leading DJ LeMahieu to remark that they “swung it just enough to win.”

On Saturday night, they just swung it. Gary Sánchez hit a two-run single in the first inning, Luke Voit notched his first hit and first RBIs of the season, and Aaron Judge continued his domination of the Orioles with a two-run homer in the Yankees’ 8-2 win at Oriole Park.

There was no drop-off from New York’s pitching either, as starter Domingo Germán tossed six strong innings, allowing only one run on four hits and two walks in 80 pitches (53 strikes). He struck out at least six batters for the fifth consecutive outing, and that run he allowed was an RBI groundout to the penultimate batter he faced.

The Yankees knocked the Orioles around to the tune of 13 hits Saturday, with all but one member of the starting lineup contributing at least one. Their eight runs scored tied a 10-inning victory over Tampa Bay on April 11 for the second-most they have managed this season.