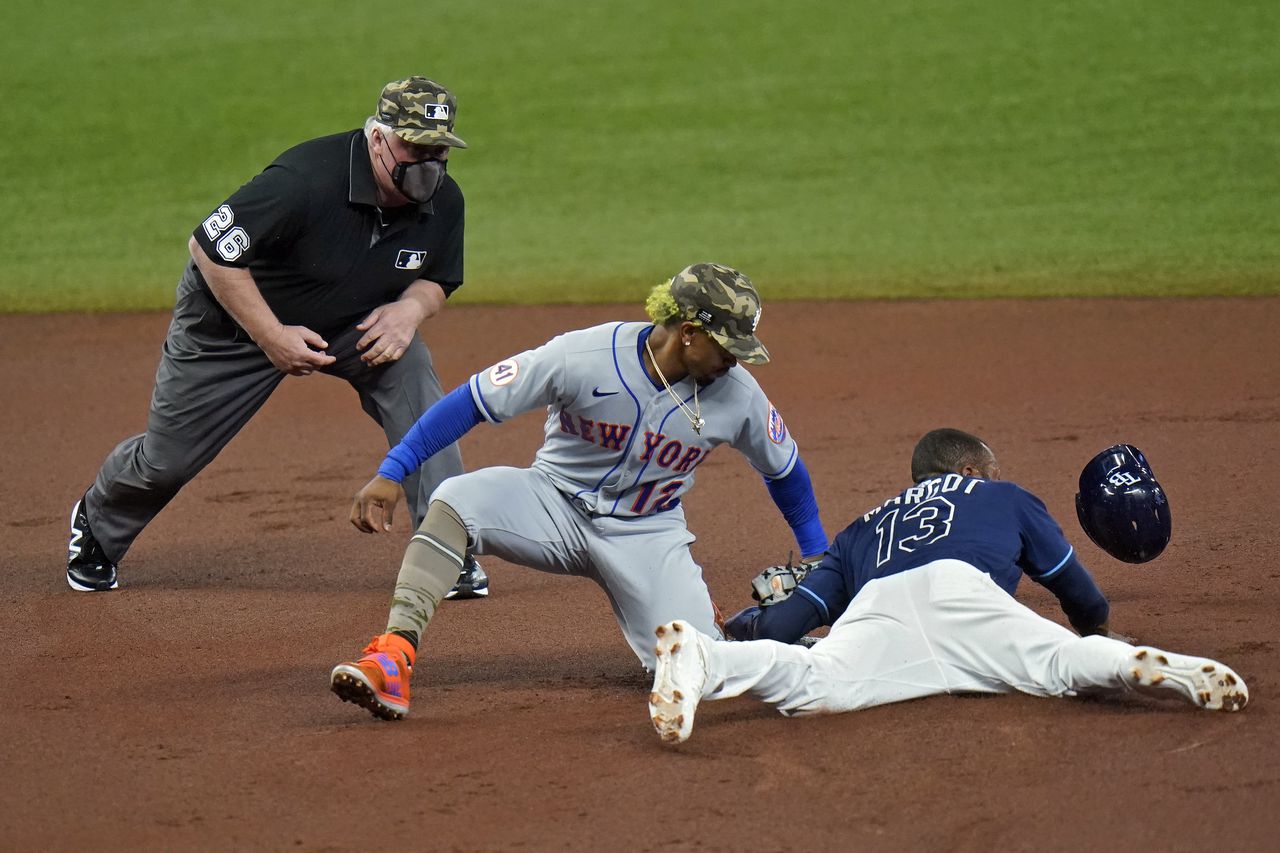 Left-hander David Peterson had the best outing of his career, but it wasn’t enough as the Rays edged the Mets, 3-2, at Tropicana Field on Friday night. The loss snapped New York’s seven-game winning streak as its record dropped to 18-14.

The Rays won the game in the bottom of the ninth. With the bases loaded, two outs and left-hander Aaron Loup on the mound, Brett Phillips singled to right field, scoring Brandon Lowe to end the game.

The loss spoiled a great outing from Peterson, who reached uncharted territory. He had the longest outing of his career, pitching 7 1/3 innings and allowing two runs on four hits. How good was Peterson? At one point during the game, he retired 17 straight hitters. The streak was broken in the top of the eighth inning when Mike Zunino led off and hit a mammoth home run to cut the Mets’ lead in half.

Peterson would face two more hitters before leaving the game in favor of right-hander Trevor May, who allowed an RBI double to Manuel Margot to tie the score at 2.

At first, it looked like it was going to be a short night for Peterson. With one out in the second inning, the Rays had the bases loaded. It didn’t help that two of the runners reached base on walks. But Peterson managed to get out of the inning, when Kevin Padlo and Phillips struck out to end the threat.

Peterson’s counterpart, Tyler Glasnow, was just as good. He pitched eight innings and allowed two runs on five hits. Glasnow was dominant in the early going, as the Mets were held hitless in the first four innings.

But the Mets came through in the clutch in the fifth inning, when Johnathan Villar hit a two-run homer to break the scoreless tie.