Mets’ bullpen crumbles in ugly 12-5 loss to the Rays 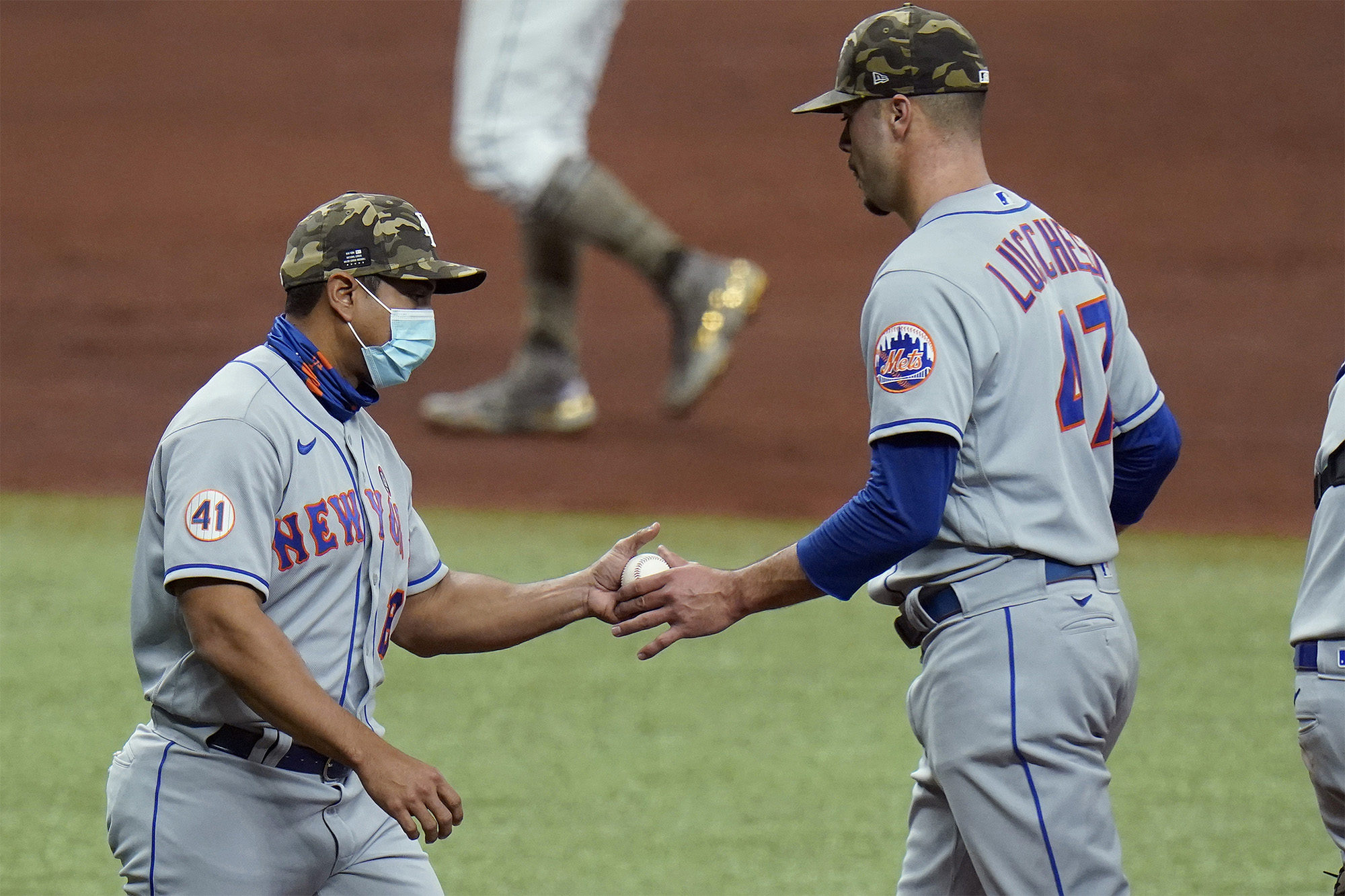 It was a bullpen day for the Mets, and it didn’t work out on Saturday afternoon as they lost to the Rays, 12-5, at Tropicana Field. New York has lost its last two games and dropped its record to 18-15.

Entering Saturday’s action, the bullpen was a strength for the Mets. It was 8-3 with a respectable 3.04 ERA. Those numbers took a hit against Tampa Bay.

Right-hander Drew Smith was the opener for New York, and he allowed an unearned run in the first inning. With Manuel Margot in the batter’s box, Joey Wendle stole second base, and Yandy Díaz scored on a throwing error by catcher Tomás Nido.

By the third inning, however, the Mets took a 4-1 lead off Rays left-hander Shane McClanahan, who earned his first big league win by pitching 5 1/3 innings. José Peraza hit a three-run homer to give New York a two-run lead. An inning later, Pete Alonso hit a mammoth home run over the left-field wall to increase the lead to three.

Left-hander Joey Lucchesi entered the game in the third inning. The Mets were hoping he could pitch the bulk of the game. Lucchesi retired the side in order, but he had a tough time getting hitters out the next inning. Before anyone knew it, the Rays batted around and scored five runs. Willy Adames had the biggest blow off Lucchesi with a two-run double.

Lucchesi is having a season he would like to forget. After Saturday’s game, his ERA was 9.19. Lucchesi knows he has to do better on the mound.

“Things didn’t go my way,” Lucchesi said. “I kind of used up the ‘pen. I was trying to help those guys out. I just didn’t do my job. I have to do a better job. I have to find my rhythm and I know I will. It’s tough. It is what it is. I have to keep moving.

“… I have to keep trusting myself. I know personally I’m really good, but I’m not showing it right now. I just have to man up and get out of this rut. I know I can do it. I know there are haters out there, but whatever. I’m going to keep pushing myself and do the best that I can next time out.”