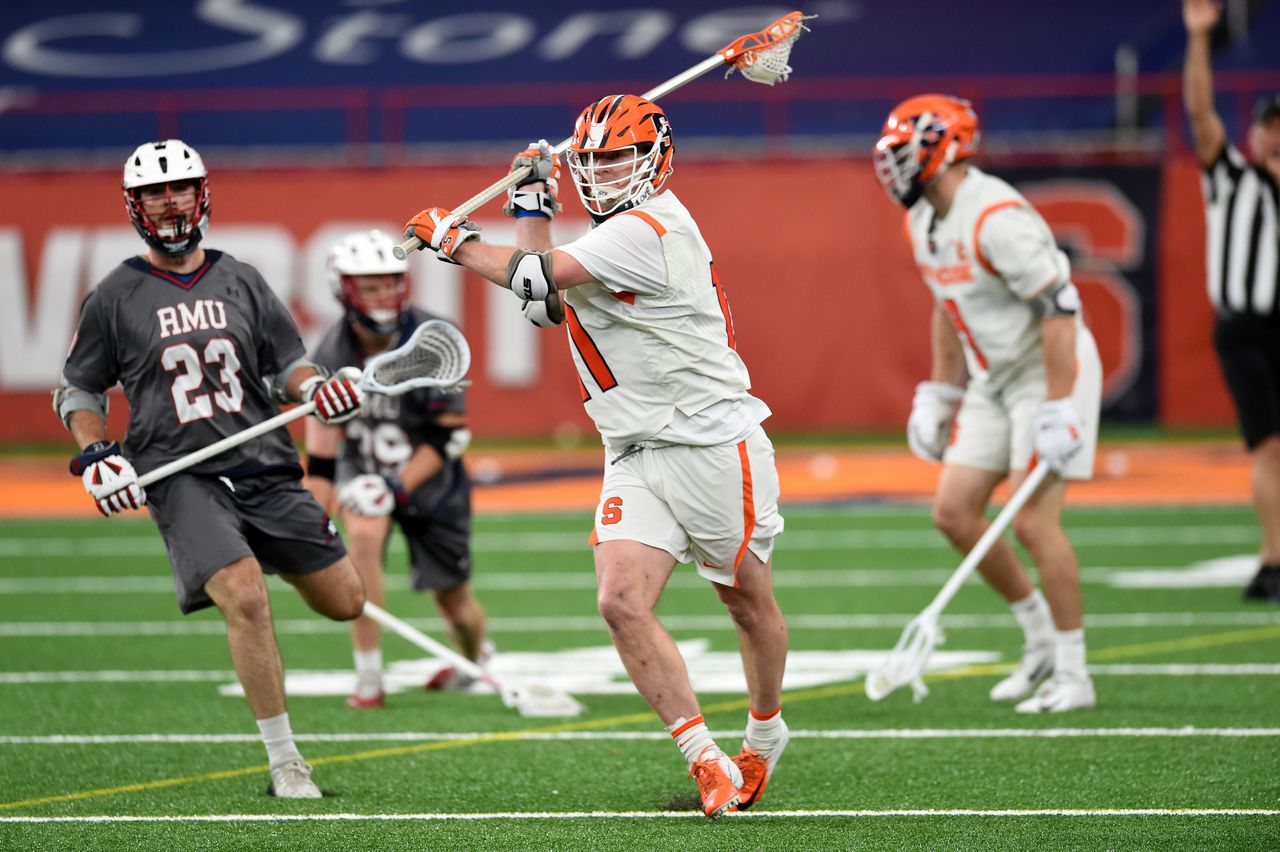 Syracuse lacrosse attack Stephen Rehfuss and defender Brett Kennedy have been named to the All-ACC team, which was announced Wednesday.

Rehfuss is the Orange’s leader in points (53) and has already recorded the highest single-season point total by an SU player since 2016. He is leading the team in assists for the fourth year in a row and currently ranks ninth in program history with 108 career assists. This is his first All-ACC selection.

The team is voted on by the league’s five head coaches.

Here is the full squad: