Giancarlo Stanton lifts Yankees to another walk-off win over Nationals 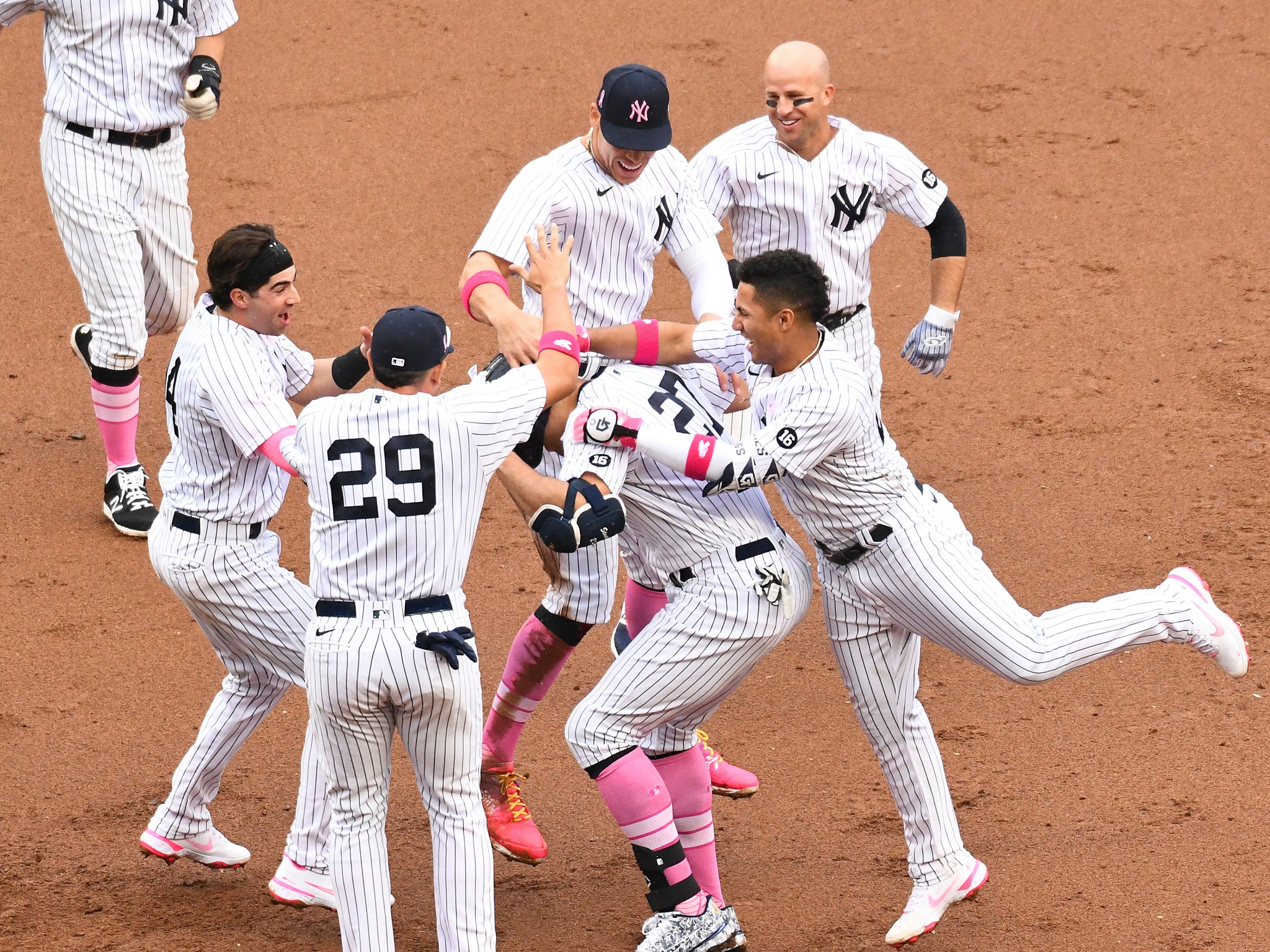 For the second straight night, the Yankees nabbed a walk-off win over the Nationals at Yankee Stadium on Sunday. This time, it was 3-2 and in nine innings.

Giancarlo Stanton ripped a single through the left side to bring home Tyler Wade, setting off another on-field celebration. Stanton did a little dance move after taking off his helmet just before his teammates mobbed him. He smoked the grounder at 112.6 mph in a 2-2 count off closer Brad Hand, who had blown saves twice on Saturday night.

It wouldn’t go so late this time.

The ninth-inning rally started with Hand walking light-hitting lefty Wade on four pitches. Then Aaron Judge, pinch-hitting for ninth hitter Brett Gardner, worked a full count walk. Judge had initially been given the day off with Monday’s off day and Judge’s lingering lower-body soreness in mind.

After Judge’s walk, DJ LeMahieu’s groundball force out advanced Wade to third base, setting the stage for Stanton.

The Yankees won their second straight game and improved to 18-16. Washington fell to 13-17.

It came on the back of Domingo Germán, who further established himself as one of the Yankees’ better rotation options.

The Yankees had a two-run lead through six innings, and the runs came from somewhat unlikely sources. In the third inning, Aaron Hicks, a switch-hitter who has struggled hitting from the left side, ripped a single into shallow right to bring home Brett Gardner.

And in the sixth, Gleyber Torres showed long-awaited power, blasting a solo shot into the left-center field bleachers. It was Torres’ first home run of the season. In 2019, Torres hammered 38 bombs. After Torres realized he’d gone deep, he pumped his fist and let out a yell in relief. In the dugout, teammates greeted him with high-fives, fist bumps and Hicks gave him a long hug.

Germán gave the Yankees a strong 6 1/3 innings. He fanned six, walked one and scattered five hits.

Germán retired seven straight batters before the game got away from him in the seventh. He gave up a hard-hit double to Josh Bell to left field on the first pitch of the frame. But after a Starlin Castro pop up, German left a 93 mph fastball up and over the plate to lefty slugger Kyle Schwarber. Schwarber dropped his bat the second he connected, knowing it was destined for the second deck in right field, tying things at 2-all.